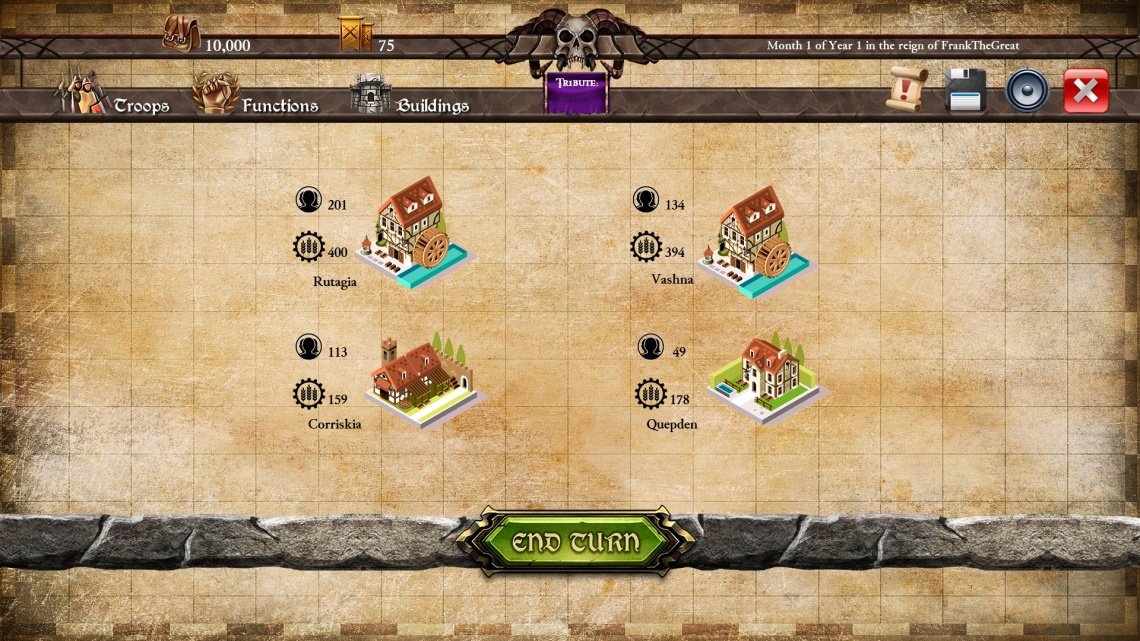 casual
indie
management
simulation
single player
strategy
turn based
Release: 2016
Fantasy Kingdom Simulator transports you into a medieval realm where you reign as King of four villages, and your duty is to help them grow and blossom into fully developed cities. You'll be making meaningful choices, important decisions and face the consequences if you plan poorly.
These are living, breathing cities, with farming, economies, births, deaths, Morale and Regents that rule over them, each with their own set of 5 ratings that help you to determine their worthiness to lead, such as Honor, Military Skill, and Intelligence. These villages run themselves day-to-day, but it's your job to step in where needed to guide them to prosperity and eventually, independence at 600 population.
Read Full Description
Save & Play Game Later
Images & Video 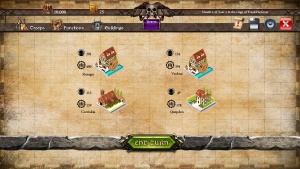 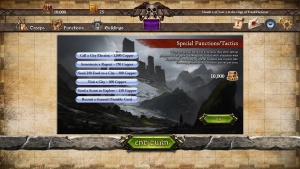