action
multiplayer
simulation
single player
strategy
Release: 1998
Falcon 4.0's gameplay parallels actual fighter pilot combat operations. First, over 30 training scenarios acquaint the player with F-16 maneuvering, avionics operation, and various USAF protocols. After training, the player may start the primary gameplay mode in the campaign, which simulates participation in a modern war. Alternatively s/he may engage in dogfight mode which provides an individual air engagement without any continuous context, or create what are effectively miniature campaigns, known as "Tactical Engagements".
The results of the player's performance while using Falcon 4.0 are used to generate a 'logbook'. This contains details such as: flight hours, air-to-air and air-to-ground kills, decorations, a name and photo, and the current rank of the player. Good performance (such as eliminating large numbers of enemy ground units, or surviving a difficult engagement) during a mission may lead to the award of a decoration or promotion; conversely, poor performance (destroying friendly targets or ejecting from the aircraft for no good reason) can lead to demotion or court-martial.


This article uses material from the Wikipedia article Falcon 4.0,
https://en.wikipedia.org/wiki/Falcon_4.0 which is released under the Creative Commons Attribution-Share-Alike License 3.0, https://creativecommons.org/licenses/by-sa/3.0/.
Read Full Description
Get This Game 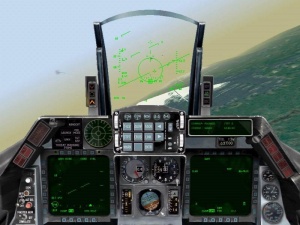 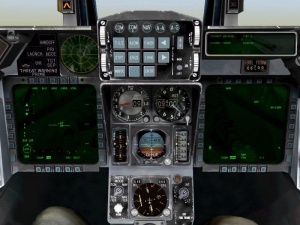