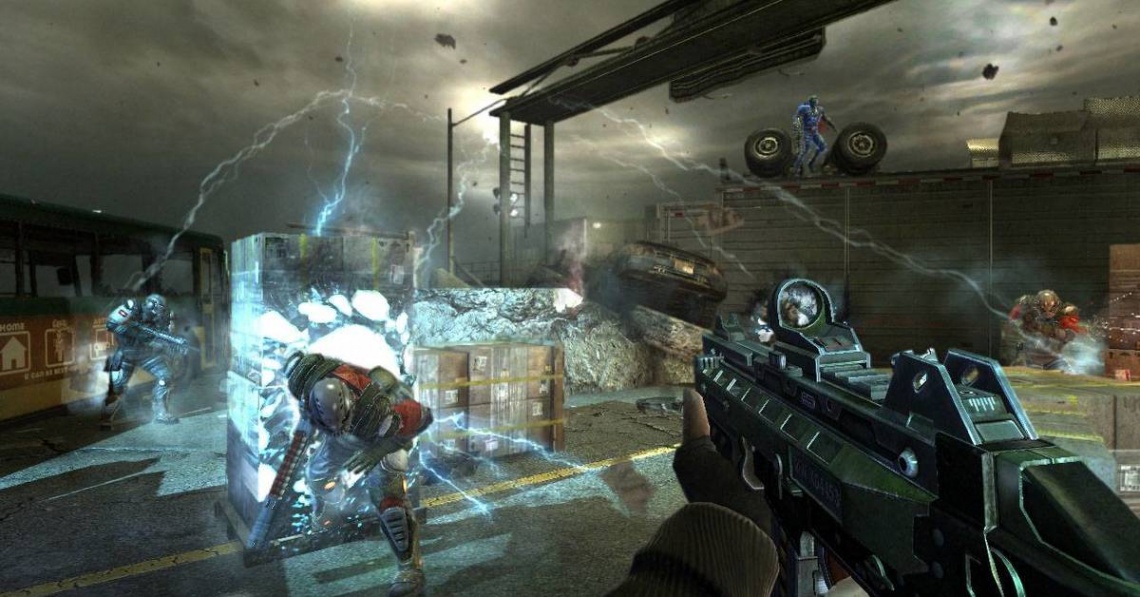 action
adventure
fps
horror
multiplayer
sci-fi
shooter
single player
zombies
Release: 2011
Players control their characters from a first-person perspective. The player can carry two weapons at a time, and replenish ammo from dead soldiers and weapon crates. The series' cover system uses a "peeking" rather than a "tilting" mechanic, wherein players peer and fire around the edges of their cover. Damage displays as a red vignette overlay. When the screen fills, the character dies. In cooperative and multiplayer modes, the player enters a "Final Stand" on their death, which lets teammates try to revive the downed player.[3]
Campaign[edit]
In the Campaign, the player controls either the Point Man or Paxton Fettel. As the Point Man, the player can use weapons, throw grenades, etc.[4] Unlike most characters, the player can use the Point Man's Slo-Mo ability to slow down time, allowing the player to shoot targets with surgical accuracy.[2] As Fettel, the player cannot use any conventional weapons by default; however, they can use Fettel's psychic powers and telekinesis to suspend and throw objects, possess enemy soldiers, crush suspended enemies, and more.[4] In addition to these abilities, the player also has access to the abilities and weapons of any character Fettel possesses, such as Cultists and Phase Commanders.[4][5] In co-op mode, Fettel can also use the Shield ability to briefly protect the Point Man. Both characters' abilities are gauged by a meter in the reticle, which depletes during use. Both characters' gauges slowly refills when not in use; Fettel, meanwhile, must collect Souls to replenish his Possession Meter. Players have the ability to access and control Armacham technology, such as mech suits.[4] Also, the game has both online and offline Co-Op play.
The game's campaign mode is split into eight "Intervals" that can be played in either singleplayer or co-op. In Singleplayer, when the player completes an Interval as the Point Man, they will unlock the ability to play as Fettel for that Interval.[2] While playing alone or with a friend, the player(s) can complete challenges to raise their rank.[6] Perks include increases to the Slo-Mo/Possession meters and new melee attacks.[2]

Multiplayer
F.E.A.R. 3 offers four different multiplayer modes, each allowing up to 4 players:
Fucking Run! (see right): in this mode, players must fight their way through waves of enemies, all while running from Alma's massive "Wall of Death." The players start off in a safe area and proceed through a series of connected maps, killing enemies that stand in their way.[7][8] If the Wall consumes any one player, the game is over for all players. To complete the mission, players must cooperate; if any player goes down, team members must revive them before the Wall arrives to devour them.[9] Each map is divided into sections, and each section gives the player(s) a target time to try and break.[10]
Contractions: a round-based survival mode, where players must barricade and stock up weapons against a total of 20 waves of enemies, including Armacham forces, Cultists, and more. Waves become increasingly tougher by thickening fog, making the map much more dangerous, especially with Alma wandering the field. If a player gets Alma's attention, either by attacking her or staying in her sight for too long, it's game over for that player.[2][11]
Soul Survivor: Here, players must fight to survive or hunt. When the game starts, Alma will turn one player into a "Spectre", a ghost which can possess enemies. The Spectre player's goal is to kill the other three players and turn them into Spectres before time runs out. Players killed by the Spectre player do not get a game over; instead, they turn into Spectres themselves.[2][12]
Soul King: though similar to Soul Survivor, Soul King is a competitive mode with all players as Spectres. To win, players must possess enemies to kill each other and collect dropped souls. The player with the most souls earns the title of "Soul King"; however, this also means that said player will be made visible to other players via a glowing outline. If a Soul King is killed, that player will drop half of their souls.[2][13]

This article uses material from the Wikipedia article F.E.A.R. 3, https://en.wikipedia.org/wiki/F.E.A.R._3, which is released under the Creative Commons Attribution-Share-Alike License 3.0, https://creativecommons.org/licenses/by-sa/3.0/.
Read Full Description
Get This Game 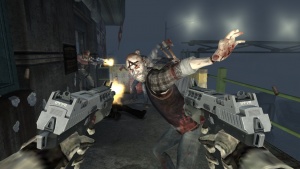 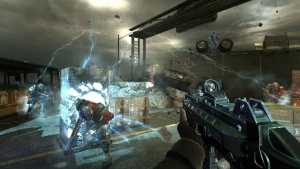