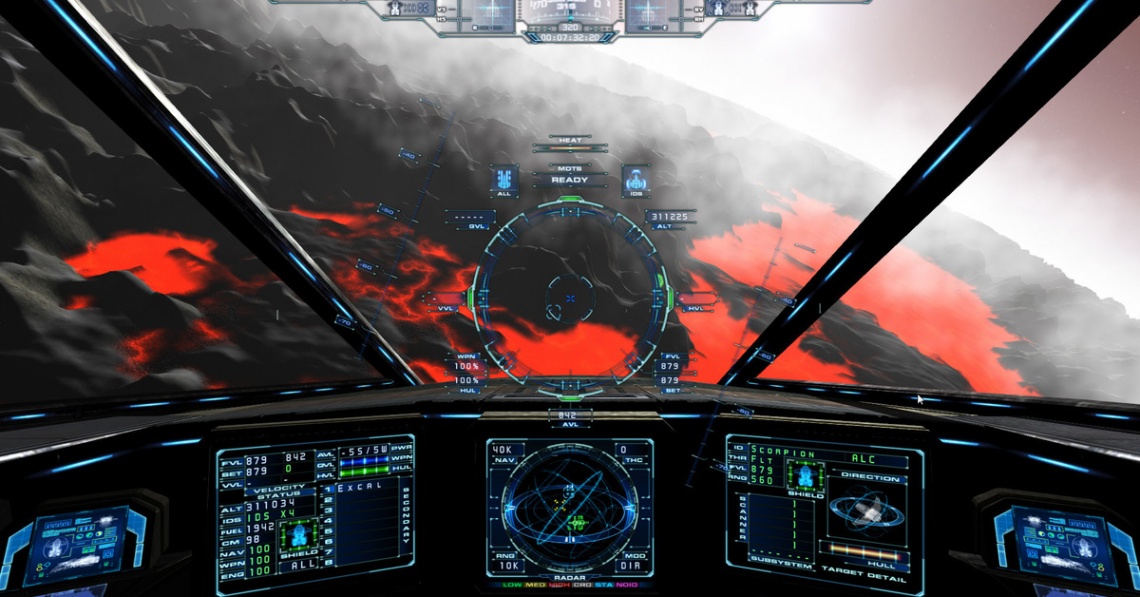 simulation
Release: 2016
The Evochron quadrant is the setting of mankind's first steps into deep space and became home to millions of mercenaries, traders, explorers, miners, colonists, and military personnel. Faster than light Fulcrum Field technology enabled humanity to reach far out into the expanse beyond Sol in a new era of interstellar exploration.

Soon after the discovery of abundant energy and production resources within Evochron, independent ship owners began traveling from Sol to harvest what was available from the region's network of systems. A massive industrial complex formed throughout the quadrant consisting of numerous stations and planetary colonies all designed to support the recovery and processing of resources for the expansion of humanity's presence in space.

Envy and resentment grew as some systems prospered more than others. Divisions arose over the resources in some systems and factions formed as conflicts broke out across the quadrant. The smaller conflicts over resources eventually grew and lead to battles for survival. As time passed, two primary empires developed, the Alliance and the Federation. Each empire fought with all it had to try and stop the other. City after city, station after station, and system after system fell. The battle for Evochron raged for over forty years until neither side could continue the fight.

The devastation was nearly complete, but the scattered remnants of colonies and military forces began to rebuild what was lost. Evochron now finds itself in a state of post-war construction. Piece by piece, small colonies and stations are being built. Both the Alliance and the Federation are determined to protect their people and their territory. Peace was never declared and battles continue to be fought in the central systems of the quadrant. The future is uncertain, no one knows which side may gain the upper hand and ultimately be victorious.

But one fact is clear. Both sides are now building their legacy...


In Evochron, discover your destiny in an adventure directed by your choices, interests, abilities, and accomplishments. You can bring your unique skills and interests to the Evochron universe in true freeform space-sim gameplay.

Explore a vast 'seamless' style universe without required jump gates or trade lanes to limit your movement. Descend to planet surfaces, fly through nebula clouds, and pass by stars all without loading screens or separate game modes.

Expand the game's universe by constructing new stations and cities. Craft and acquire new weapons and equipment items. Design and build your ship for the role you want to play.

Earn your fortune and keep the ship, upgrades, equipment, money, weapons, crew, and commodities you acquire in the game for use in both single player and multiplayer. Take command and issue orders to computer controlled fleet ships in single player or join forces with other players in multiplayer.

Recover valuable resources for trade, crafting equipment/weapons, or building station and city structures. Mine them from planetary terrain, asteroids, moons, caves, or simply buy them from available market inventories.

Utilize the advanced avionics and weapon systems to aid in navigation and combat. Manage the diverse flight control systems along with the range of combat tactics and options to your advantage. 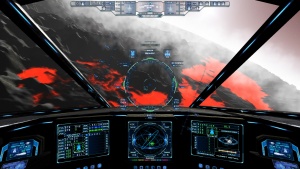 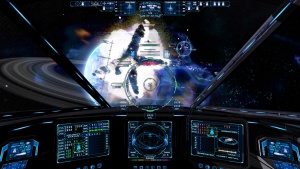