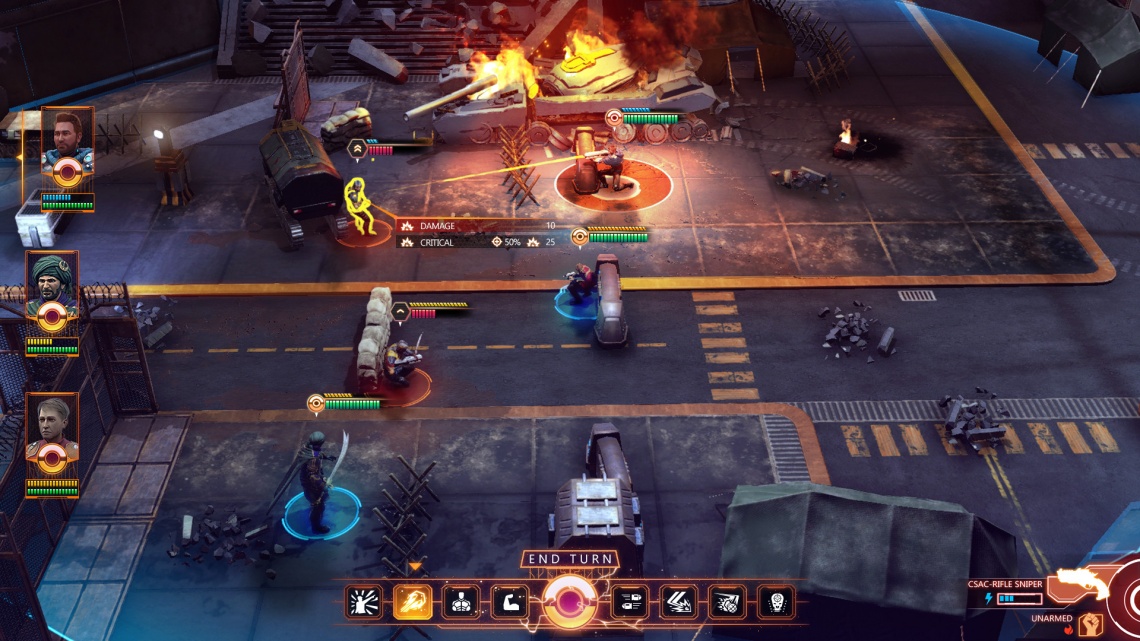 Explore factions with distinct cultures, aesthetics, and combat strategies, while recruiting squad members with unique story arcs and skills to help you on your quest. Discover the power of the Sixth Vowel—the ability to manipulate sound, light, and matter at will—and unleash it to aid your party… or destroy your enemies.

Element: Space features a battle system full of deep strategy:
Engage in turn-based combat and real-time exploration.
Approach complex, team-based tactics by combining character skills with free-form movement.
Outfit your squad from a selection of 32 melee and ranged weapons that allow for different play styles and strategies.
Unlock perks and weapons by gaining reputation with the galaxy’s factions.
Grow your characters through their unique branching upgrade trees – no two characters are the same!
Battle against a wide range of enemy units and squads.
Factions’ combat perks combine with their specialist units to challenge the player in different ways throughout the game.

The single-player campaign offers:
A rich narrative with branching storylines.
A fully-realized universe with a detailed and extensive history.
Seven explorable factions, each inspired by distinct cultures and traditions, offering their own units, tactics, architectures and perspectives.
Eight possible companions, each with their own extensive backstory and narrative arc. Help them achieve their personal goals in order to upgrade their skills and maximize their potential in battle.
24 handcrafted levels, each designed to provide unique combat experiences. No procedural content.
A nuanced ideological system that tracks your decisions and actions throughout the game, affecting your reputation with factions, your character roster, and more.
Multiple endings – from your reputation with different factions to your relationship with your party, every decision you make will shape the destiny of the galaxy.
High replayability. Each playthrough will allow you to see new missions, party-members, and storylines. The wide range of equipment, skills, perks, and companions permits for very different playstyles game to game.
Extinction Mode: a punishing hardcore mode for those looking for an extra challenge.
12 to 15 hours of playtime per playthrough.
Humor in the style of the action-adventure sci-fi movies you loved in the 80’s and 90’s.

About the Team:
Sixth Vowel is an independent developer based in Buenos Aires, Argentina, with a commitment to making challenging, entertaining, and narrative-rich games.
Read Full Description
Get This Game 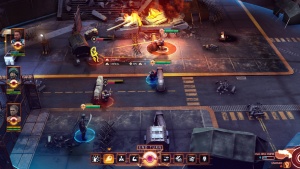 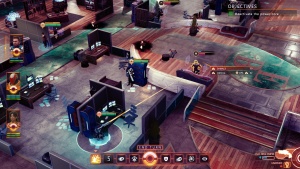 ELEX
Recommended for you
Browse Games