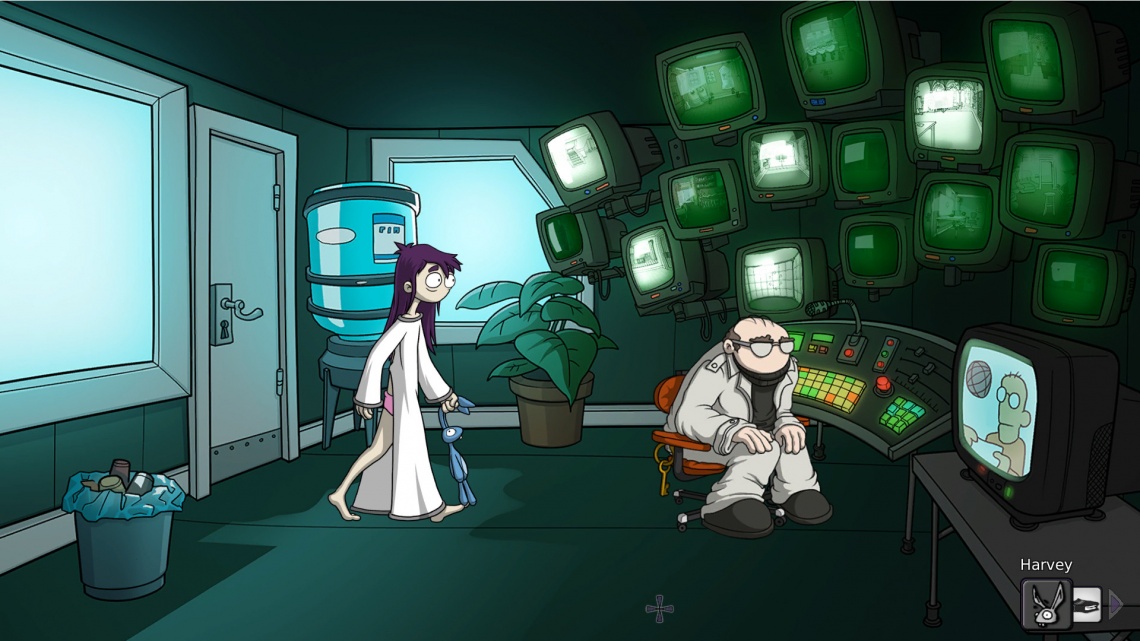 adventure
indie
point and click
puzzle
Release: 2013
The award-winning debut adventure game from the creators of Deponia and The Whispered World now on Steam. Accompany young Edna and her talking stuffed bunny Harvey on a whacky attempt to escape from her padded cell. Experience a bizarre journey all across the insane asylum and far beyond its brick walls.

At the beginning, young Edna wakes up in the padded cell of an insane asylum with no memory of her past. She doesn’t have the slightest idea how she wound up there, but one thing is for sure, she wants out! After all, she feels perfectly sane – and her talking stuffed bunny Harvey agrees completely. Together, they attempt an escape and, in doing so, meet their extremely bizarre fellow patients – from the man in the bee costume to the pseudo-Siamese twins Hoti and Moti. But Dr. Marcel, head of the asylum, will stop at nothing to keep Edna from escaping. What does he have planned for her? And why was her memory erased? Gradually, Edna regains her memory of the time before her detention in her cell…

Over 20 hours of twisted humor 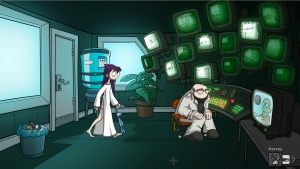 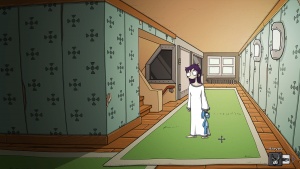