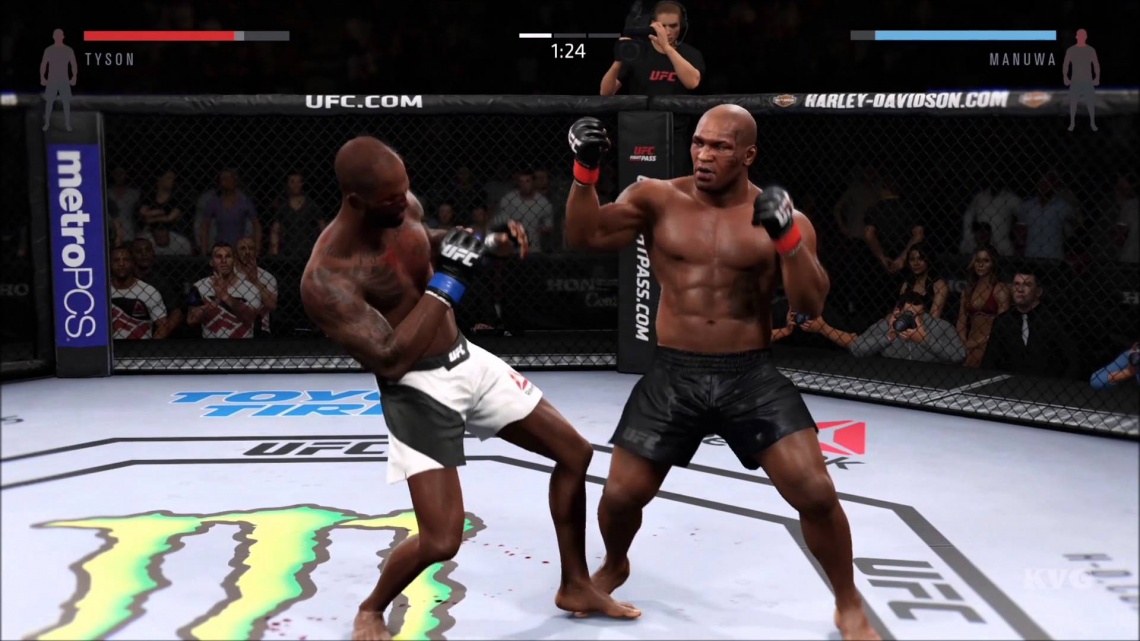 fighting
sports
Release: 2016
EA Sports UFC 2 is based on the UFC. As such, the game strives to be as realistic as the real UFC as possible. The player may choose to play in a variety of game modes. For a regular UFC match, the player chooses a fighter and may customize several aspects of the fight, such as the opponent, the venue, and the rules. The objectives of the fight closely follow the rules of the real UFC. The player can utilize a variety of attacks, such as kicks, punches, submissions, and takedowns, in order to beat their opponent. Many aesthetical details are also present; for example, fighters will suffer visible damage during a fight. Other details include a crowd, referees, octagon girls, an announcer, and commentary from Joe Rogan and Mike Goldberg.

Aside from regular fights, the game features other modes, such as a career mode, an ultimate team mode, a practice mode, and a knockout mode. In the career mode, the player creates their own fighter and takes them through the ranks of the UFC. The player may customize several aspects of their own fighter, but they may also use one of the real fighters. The knockout mode is similar to regular fights, with the main difference that the player can only win by knockout. The fighters' stamina bars are also removed as the mode focuses on strikes instead of grapples or submissions. When in practice mode, the player can practice their skills against an idle opponent or complete drills. The ultimate team mode centers on building a deck of cards which represent fighters and playing against other players' decks. Players earn coins after each fight, which are used for customizing and upgrading fighters. Several online modes are also present.

The game features more than 250 playable characters; males and females are present. The referees are also expanded, with Herb Dean and Dan Miragliotta making their first appearance in this franchise along with Yves Lavigne and Mario Yamasaki. The game's artificial intelligence accommodates for changes in player strategies mid-game to make the gaming experience more realistic than in previous UFC games. The game also simulates "full body deformation" to connect players with their player-character. New features were introduced. The new Knockout Physics System allows players to knock out opponents dynamically based on finishing hits' momentum and strength. The career mode underwent changes, the most significant of which is the addition of female fighters. Grapple Assist, which is a visual tool that serves as a guide for players, was added to the game. Submission, grappling, parrying, blocking were improved from the first game. Other features include Custom Event Creator, Title Chase, and a multiplayer championship mode.


This article uses material from the Wikipedia article EA Sports UFC 2, https://en.wikipedia.org/wiki/EA_Sports_UFC_2, which is released under the Creative Commons Attribution-Share-Alike License 3.0, https://creativecommons.org/licenses/by-sa/3.0/.
Read Full Description
Get This Game 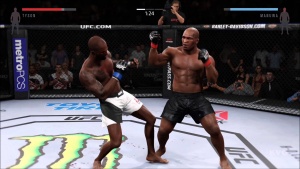 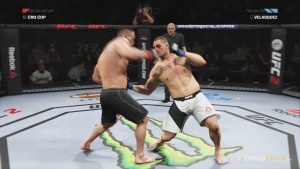 NBA 2K15
Recommended for you