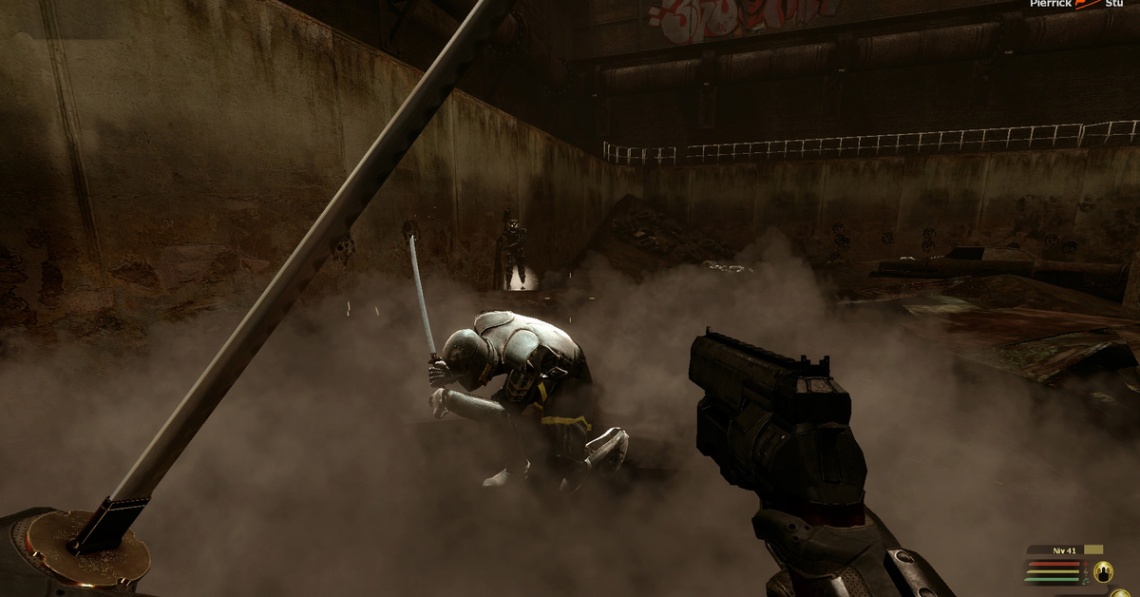 The story takes place in a dark future that has seen unending wars between the Federation - a several worlds union, and the Metastreumonic Force - an ancient and mysterious power.

The player embodies an infiltrated spy in E.Y.E - a group of elite monk warriors - made up of two rival factions in constant internal power struggles, themselves serving the Secreta Secretorum you work for: a multi-thousand-years-old secret organization desirous to steal power from the Federation. The organization ordered your infiltration to control and survey E.Y.E actions, as well to unmask a traitor to the cause.

The player, travelling through a solo campaign in which FPS and RPG merge into one set, must fight the coming back Metastreumonic Force, but also helpthe Federation to take control again. This campaign will also be an occasion for the player to discover an obscure conspiracy and a large amount of rivalries and manipulations for power. During his journeys, the player will meet many other characters with whom he will create a friendship, will collaborate, or will fight against. With most of them, conversations are possible via a multiple choice dialogue interface.

His way will be scattered through conspiracies, treasons, and impious horror. The psychological factor, especially trauma management, will be seen in full spectrum during these dramatic moments. During his adventure, on top of the main plot, the player can fulfill secondary missions in the worlds he has discovered.

To survive and succeed in his intents, the player must manage his inventory, juggle the 10 skills and 19 cybernetic implants made available for him, to the best of his abilities, while using the research and development interface to continually discover new weapons and technologies.

Though implants and competencies do influence the game, player's own skills and reflexes will probably be the most important factor in order to achieve victory, as he will be in constant danger.

An arsenal of 30-odd weapons allows the player to effectively fight against his enemies in many different ways, whether he can fight using distant combat through nerve channeling, he can also use bloody close quarter combat, or sneaky strategies.

Cybernetic implants provide the player with special powers making him a divine warrior - half man, half machine ... in the eyes of a simple warrior. Intensive PSI training allows the player to use a palette of original PSI powers to undermine each perilous situations in extraordinary ways

The player can at one's convenience buy new weapons, cybernetic implants and also psi powers to special sellers from the Secreta.

It's also possible for the player to penetrate into cyber-space to hack and get the upper-hand on security, locking and unlocking passageways, spying, and getting the low down on new terrain. But especially to hack Cybertech elements from his enemies.

Whether playing solo or in co-op mode, the AI opponents, completely non-scripted (except plotted cut scenes), show original craftiness, and rarely heard reactivity. Furthermore, in every new game enemies are not necessarily the same thanks to a partially random spawn system. A random choice of patrolling and war-faction management between the 5 different NPC levels insure excellent re-playability and a living feeling particular to each level.

It is not needed to say that the levels are huge and non-linear, allowing the player to face multiple choices and find more than one solution to every sitation. His travels will bring him in several levels with unique and related difficulties, where he can lose himself in every turn of this captivating adventure.
Read Full Description
Save & Play Game Later
Images & Video 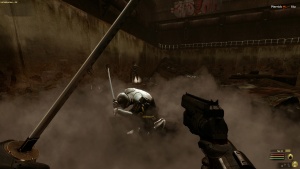 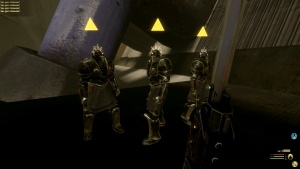