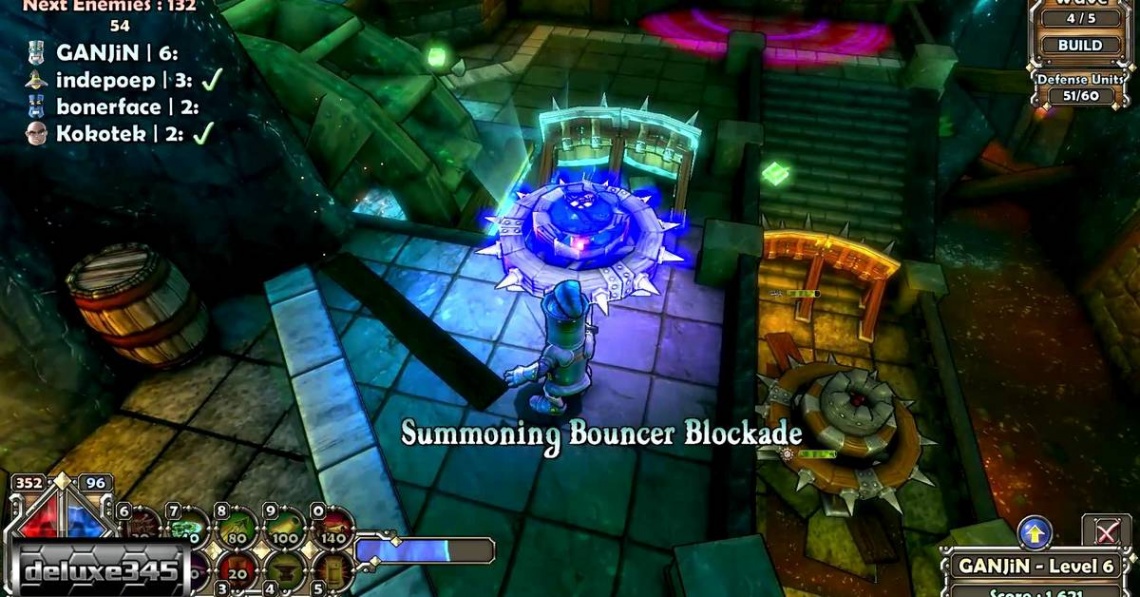 action
adventure
multiplayer
rpg
single player
strategy
tower defense
Release: 2011
Dungeon Defenders is a mix of tower defense, RPG, and high fantasy/action/adventure where one to four players work together to protect one or more Eternia Crystals from being destroyed by waves of enemies which include goblins, orcs, kobolds, ogres, and wyverns. The game features a number of levels, consisting of around five total waves, through its campaign mode, or other levels as part of challenges; some of these levels may feature a final wave that includes a boss battle against a unique foe. The player characters defend crystals by either magically creating, maintaining, and upgrading towers or other defensive elements that damage or divert the enemy monsters, or by using melee and ranged attacks to defeat enemies directly. On easier difficulties, players have an indefinite amount of time prior to a wave to study the level's map to see where monsters will come from and the type or number of monsters, to place traps and defenses, and to manage the characters' equipment. Traps and defenses are limited by the available mana that the character has - more mana can be obtained by defeating monsters or opening chests that appear between waves - as well as a total "defense value" for the level, limiting the number of traps that can be placed. The characters can be damaged by enemy attacks, and can be killed in battle but will respawn after a few seconds, unless hardcore mode is selected. If an Eternia Crystal has taken too much damage, it will be destroyed and the players will lose that level. Successfully defending a wave will earn the characters experience points based on the difficulty plus additional bonuses, namely preventing any damage to the crystals, preventing damage to your character, and only using weapons to kill monsters; successfully completing all waves of a level will earn the players a large banked mana boost. Monsters will also drop items that can be sold for additional banked mana.
The difficulty of the level is set by the hosting player after choosing a level; the strength, number, and types of monsters that are faced are influenced by this selection and the number of players in the match, as well as the quality of the equipment that may be generated as rewards. The player has additional options, such as removing the indefinite time between waves, instead forcing players to prepare for an upcoming wave on a countdown timer. For the campaign levels, players must work through each level before unlocking the next, but may return to earlier levels to try to improve their performance, challenge the level at a higher difficulty, or simply to grind for better rewards.
Characters are persistent for a player. The player can manage any number of characters, though characters are kept separate between Trendy's ranked servers and for unranked play. Characters are selected from the available character classes: four were shipped with the game, while additional classes have been added in the form of downloadable content on the Microsoft Windows version.[14] Each class has a unique set of traps or defenses, a specific set of weapons that they can equip, and two special abilities they can use in combat. As the character levels up with banked mana experience, the player can allocate points among a range of characteristics affecting the character or the traps or defenses they lay out. Additional bonuses to these characteristics can come from the equipment the character is equipped with. New equipment can be purchased using banked mana either in the game's store or in other player's auctions, dropped by killing monsters, or collected as rewards after defeating waves of enemies. Banked mana can be spent to upgrade equipment, allowing the player to improve the bonuses that the equipment provides to the characters. The player maintains separate inventories of equipment across the ranked and unranked servers, but this inventory will be common for all of the player's characters in that mode.


This article uses material from the Wikipedia article Dungeon Defenders, https://en.wikipedia.org/wiki/Dungeon_Defenders, which is released under the Creative Commons Attribution-Share-Alike License 3.0, https://creativecommons.org/licenses/by-sa/3.0/.
Read Full Description
Get This Game 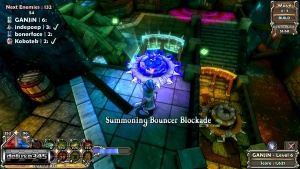 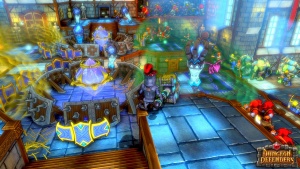