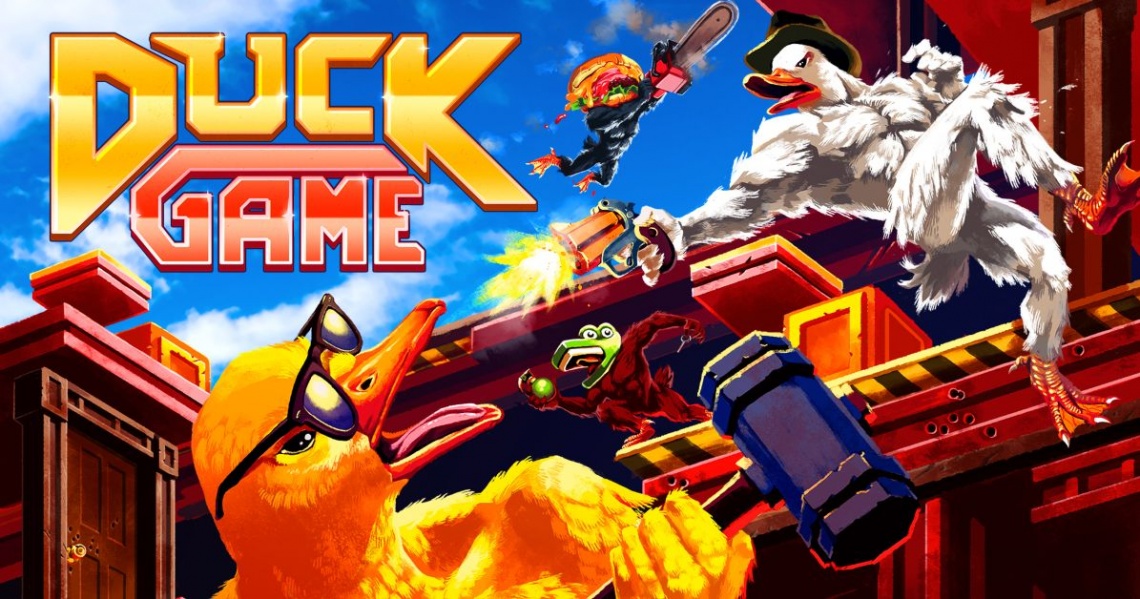 2d
action
casual
multiplayer
platform
shooter
funny
pixel art
Release: 2015
Duck Game is 2D action video game that features shooting and platforming mechanics. The game has a single-player mode as well as local or online multiplayer with up to three other players. The game has a simple premise, one hit and you are dead, last player standing wins the round, play to some target number of rounds (default is 10). It features a relatively simple control scheme. Beyond moving your duck there are two buttons used to interact with weapons, one to pick up/throw a weapon, and another to use the weapon you are holding. The complexity in the game comes from the large assortment of weapons, and the varied environments you find yourself in.
The game has several humorous elements which make it unique, including silly hats, a quack button, and a ragdoll button.

This article uses material from the Wikipedia article Duck Game, https://en.wikipedia.org/wiki/Duck_Game, which is released under the Creative Commons Attribution-Share-Alike License 3.0, https://creativecommons.org/licenses/by-sa/3.0/.
Read Full Description
Get This Game 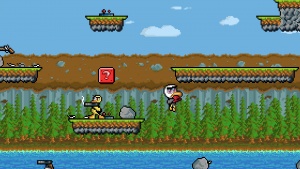 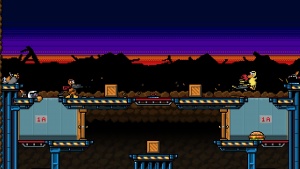