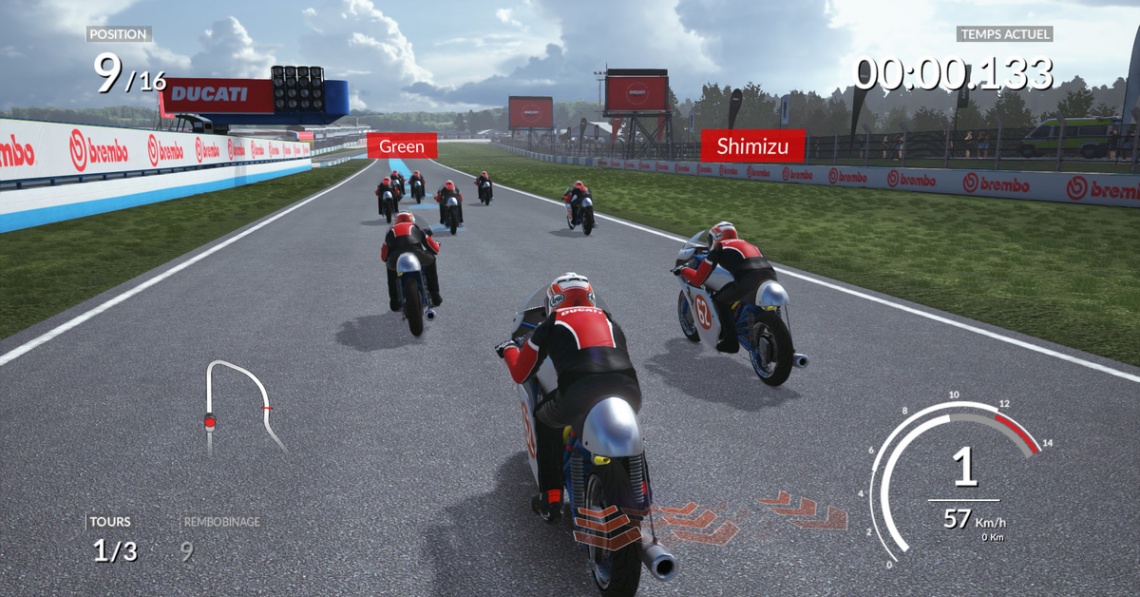 racing
simulation
motorcycle
Release: 2016
Being a Ducati fan means many things, but most of all it means to share a passion, an absolute faith for a unique way of engineering motorcycles. On the occasion of the ninetieth anniversary of the Borgo Panigale’s factory Milestone presents DUCATI – 90th Anniversary, a Ride spin-off intended to enclose almost a century of legendary achievements: a stand alone experience created to retrace Ducati’s history through its main moments of evolution and its iconic models.
DUCATI – 90th Anniversary, as a spin-off, offers the driving style that has already won over the players paired with a selection of the most significant Ducati models, including some icons of the past never seen in a video game before.
DUCATI – 90th Anniversary is a videogame dedicated to motorbikes lovers and racing fans: DUCATI – 90th Anniversary is a game for those who want to relive a DREAM that has lasted for ninety years, and still lives on.

Bikes
THE MODELS THAT HAVE MADE HISTORY
DUCATI – 90th Anniversary will include 39 motorcycles divided into different levels of performance and grouped in different eras, from the 50s to today, including the bikes of the professional riders who have written the history of the Italian brand.


PisteTracks
MILES OF TARMAC
DUCATI – 90th Anniversary will include 9 faithfully reproduced official circuits and 5 towns tracks where the players will have a chance to test their driving skills.
Read Full Description
Get This Game 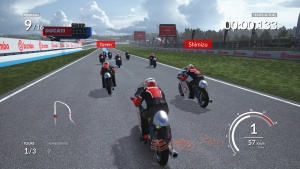 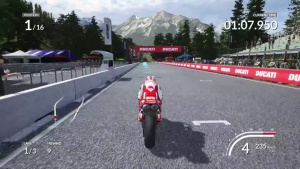