action
fighting
Release: 2016
MOST IMPORTANT
Clear your play space and all surrounding areas of objects.
You don't need to punch hard to do well at this game.
Before you play, check the ceiling for lamps or fans. If they are in arm's reach, don't play near them.
If you are anywhere near the edge of the play area, don't punch.
Do don't have to take a real step, you can move with the controller.
?
KO's
Once you have been struck in the head by an opponent, you will be KO'd. The game will freeze and the camera will show the blow 3rd person. Your character will then fall to the ground and the controllers will appear in your hands. You can then use the controllers to pick your character off the ground to get him to stand before the end of the 10 count. He needs to be standing straight up with his hands resting by his side to stand by himself. Use both controllers and grab your character by both shoulders, once he is vertical, with the triggers held, slightly lower your hands until your character's hands are resting by his side.
Read Full Description
Save & Play Game Later
Images & Video 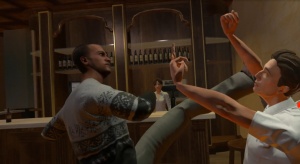 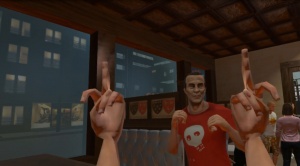