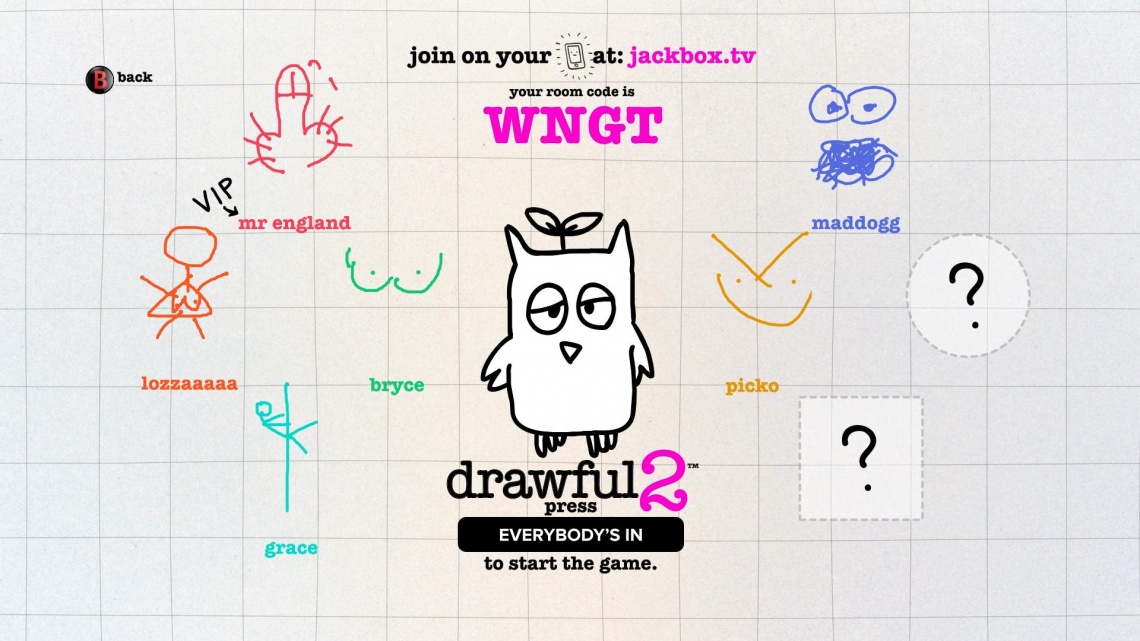 board game
casual
family-friendly
indie
multiplayer
strategy
funny
Release: 2016
Drawful is back to save your boring parties with the new multiplayer* party game Drawful 2, which challenges players to draw weird, funny and often ridiculous prompts on their smartphones and tablets.

Building on the original hit Drawful, Drawful 2 takes it to the next level by allowing players to make their own episodes of unique nonsensical prompts, in-jokes about their messed up friends and references to whatever they want, which can be shared using special codes.

Drawful 2 increases the overall number of totally new prompts by 50%, adds bonus score streaks for consecutive correct answers, and adds the ability to paint with two colors instead of one, making it easy to fit even greater creativity and detail in every sketch. There’s even a new option for players to tweet out GIFs of their favorite drawings, so everyone on Twitter can share the fun (and shame) of your last game.

Drawful 2 has expanded tools for streamers including censoring options. Drawings can be quickly skipped, and specific answers, drawings and players can be censored, giving players and streamers effective tools to protect their games from trolls.

Drawful 2 also includes standard Jackbox Games features, like a family-friendly mode that omits prompts more likely to lead to awkward or uncomfortable conversations with your parents. Jackbox’s audience feature returns to allow streamers to let up to 10,000 viewers play along each game by guessing correct answers and influencing player scores. Twitch account login integration is supported, as well.

Also, Drawful 2 will NOT be included in our next ultimate game bundle, The Jackbox Party Pack 3, which is expected to launch this fall.

*Drawful 2 requires a minimum of three players and supports up to eight players, not including audience members.
Read Full Description
Get This Game 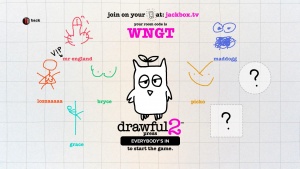 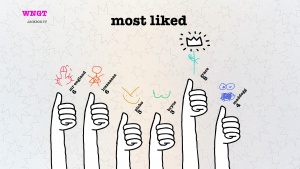 DreadEye VR
Recommended for you