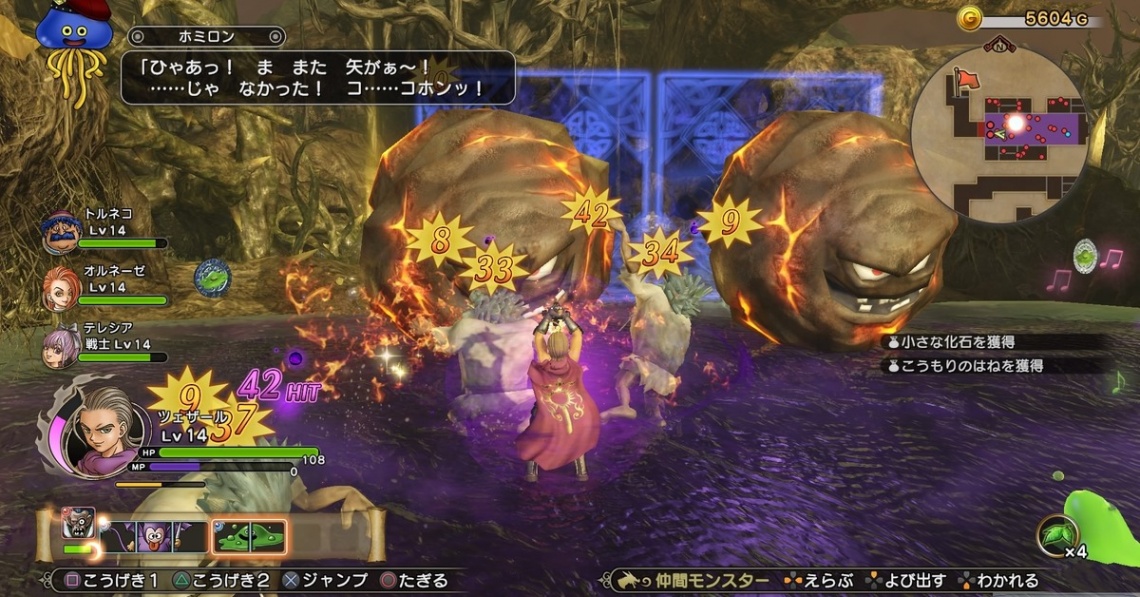 hack and slash
rpg
Release: 2017
Dragon Quest Heroes II mixes the hack-and-slash combat of Koei Tecmo's Dynasty Warriors series of video games with the characters, monsters, universe, and lore from Square Enix's Dragon Quest series. The game is heavier on the RPG elements than most of Omega Force's other titles. World exploration was changed to resemble the typical Dragon Quest experience. Players can move their party to visit towns, wander the world map and initiate battle stages (similar to dungeons). Seamless random monster encounters may break up the pace between locations. Special ingredients and treasure boxes can be discovered across the world map. Weather can fluctuate and affect the party's status. Rainy days inflicts a curse ailment on the party during battle.
Characters are able to dash to wherever they please, but certain areas are blocked until the player proceeds with the main story. As the players proceed with the main story, they can unlock "Invitation Stones" on the world map. These monuments allow the party to instantly warp to previously visited locations.
Zelbion acts as the new main town. One major change from the previous game's features is the class change feature for the main protagonists. Switching classes changes equipment types and potential skills for each protagonist. Known classes include martial artist, mage, monk, thief and warrior. The weapons merchant can teach random weapon skills to the protagonist, depending on their proficiency with each weapon type. Individual weapons and outfits have all been changed to only provide aesthetic changes. Accessories can still be strengthened to alter stats.
Battle stages are mandatory for progressing the main story and behave like battle areas from the previous title. Parties can still be changed by talking to Patty in her bar. Two player co-op is now available for the main story by selecting the "Assist" option in the main battle menu.
Alternatively, players can work together to complete the new "Time Labyrinth", a series of multiplayer exclusive stages aiming to appeal to longtime Dragon Quest fans. It is unlocked by finding labyrinth map pieces scattered throughout the main story. Talk to Erinn in town inns to set up online matching or send invites.
Up to four players can play together for multiplayer missions.[4] Online chat is not available, but players can select common stock phrases to communicate. Fallen party members can either be resurrected by "Leaves of the World Tree" or raise their alive companions' health and Tension by cheering for them. Players can work together to find more map pieces or defeat difficult bosses. Metal Slimes have a higher chance of appearing in these missions.
Cross-platform play options and save data sharing are present. Having save data from the previous title grants Luceus and Aurora costumes for this game's protagonists. Dragon Quest Builders save data grants "Builders Wooden Hammer" for the protagonists' use. 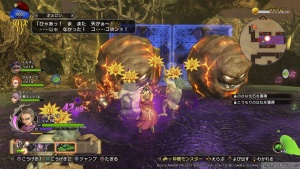 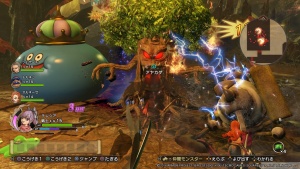