action
anime
fighting
mmorpg
multiplayer
rpg
Release: 2016
The game is very similar to its predecessor in terms of gameplay, it is mostly set in a series of 3D battle arenas mostly modeled after notable locations in the Dragon Ball universe, with the central hub being an expanded version of Toki-Toki City, called Conton City. As reported by the creators of the Game, Conton City is seven times larger than Toki-Toki City. Players are able to freely traverse this new hub world, and in some areas are even capable of flying around, however this feature will not be available from start, instead being unlocked. Players will also be able to travel to other hubs such as the Namekian Village and Frieza's ship. Some skills will have to be learned through masters, like the previous game. However, some masters will be found exclusively in these extra hubs. Xenoverse 2 is the fourth Dragon Ball video game to feature character customization. Players are able to choose from the five races of the first game: Humans, Saiyans, Majins, Namekians and Frieza's race. The game also features race-specific quests, minigames and transformations (the latter of which was only available to Saiyans in the first game, via the Super Saiyan forms). Players also have a much greater role in the story, as some decisions will have to be made by them. Multiplayer servers are now able to hold up to 300 players at once. The game also has a training mode called Training School. The player can use different kinds of ki blasts (Power, Homing, Rush, Paralyze and Bomb), and the ki blast type depends on the player's race or Super Soul. Another interesting element in the game is that players will be able to transfer their previous data from Dragon Ball XV 2's predecessor, Dragon Ball Xenoverse. This results in the game's details changing in a way that so players will be able to see the character known as the Toki Toki City's "Hero" in the middle of the square. Players also have the choice not to do this, which results as the default character being the "Hero".


This article uses material from the Wikipedia article Dragon Ball Xenoverse 2, https://en.wikipedia.org/wiki/Dragon_Ball_Xenoverse_2, which is released under the Creative Commons Attribution-Share-Alike License 3.0, https://creativecommons.org/licenses/by-sa/3.0/.
Read Full Description
Get This Game 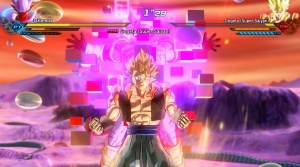 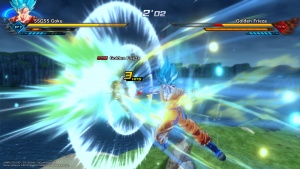