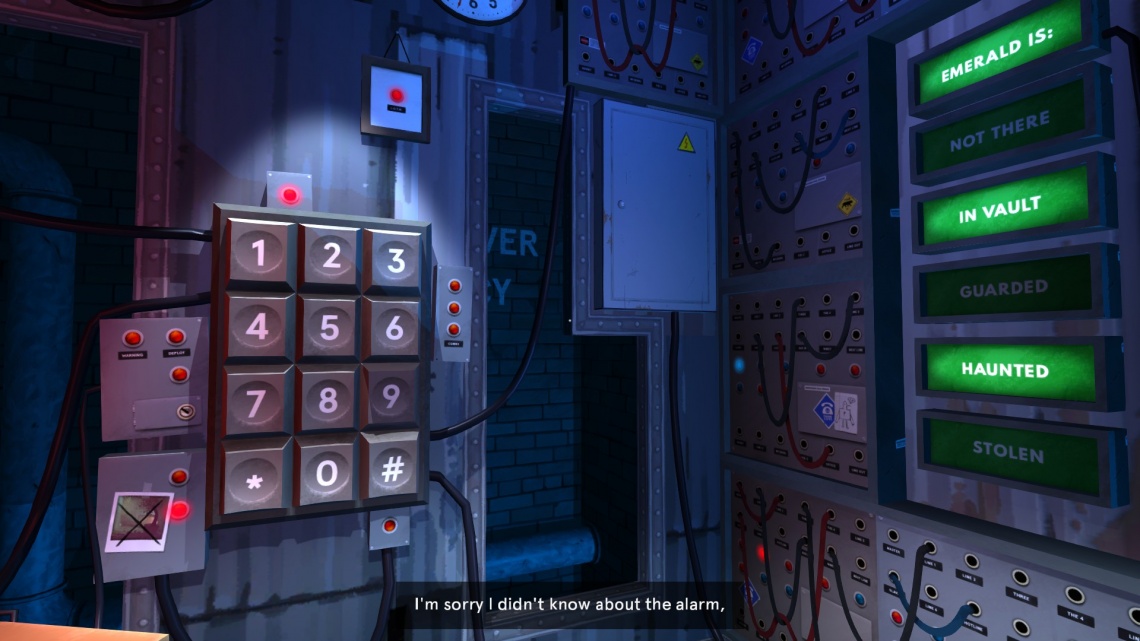 Dr. Langeskov, The Tiger, and The Terribly Cursed Emerald: A Whirlwind Heist

casual
free to play
indie
simulation
Release: 2015
Dr. Langeskov is an exploration game, played from the first-person perspective where the player has some limited interaction with the environment but otherwise no other major gameplay. The player can pick up some objects like pieces of paper that have narrative elements on it, or coins or cassette tapes to locate. Dr. Langeskov is roughly 20 minutes in length.

At the start of the game, the player is given the impression they are about to play a game about a heist taking place in a mansion involving an emerald and a tiger. However, the game appears to glitch out, and they find their player-character in the green room area of the game, fashioned as the backstage of a theater production. An unseen narrator (Simon Amstell) informs the player-character that another player is currently playing the game. As they cannot have two players in the game at the same time, the narrator suggests the player-character can help out behind the scenes, since most of the staff appears to be on strike, until the other player leaves, at which point the real player can play it for themselves. The narrator instructs the player-character to complete several small tasks that help to complete the experience for the current player in the game, such as manipulating an elevator when it is called for, or preparing the tiger's cage. The player-character can take some actions or inaction that will cause the narrator to react in different ways, such as by failing to pull a lever when requested causing the narrator to frantically beg for assistance; however, this does not change the overall narrative.

Playing the game the second time allows the player to pick up a cassette deck that lets them listen to various tapes (performed by Justin Roiland) scattered around the game.

This article uses material from the Wikipedia article Dr. Langeskov, The Tiger, and The Terribly Cursed Emerald: A Whirlwind Heist, https://en.wikipedia.org/wiki/Dr._Langeskov,_The_Tiger,_and_The_Terribly_Cursed_Emerald:_A_Whirlwind_Heist, which is released under the Creative Commons Attribution-Share-Alike License 3.0, https://creativecommons.org/licenses/by-sa/3.0/.
Read Full Description
Get This Game 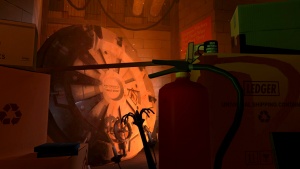 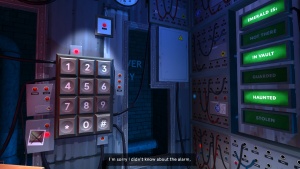 Dotta.io
Recommended for you
Browse Games