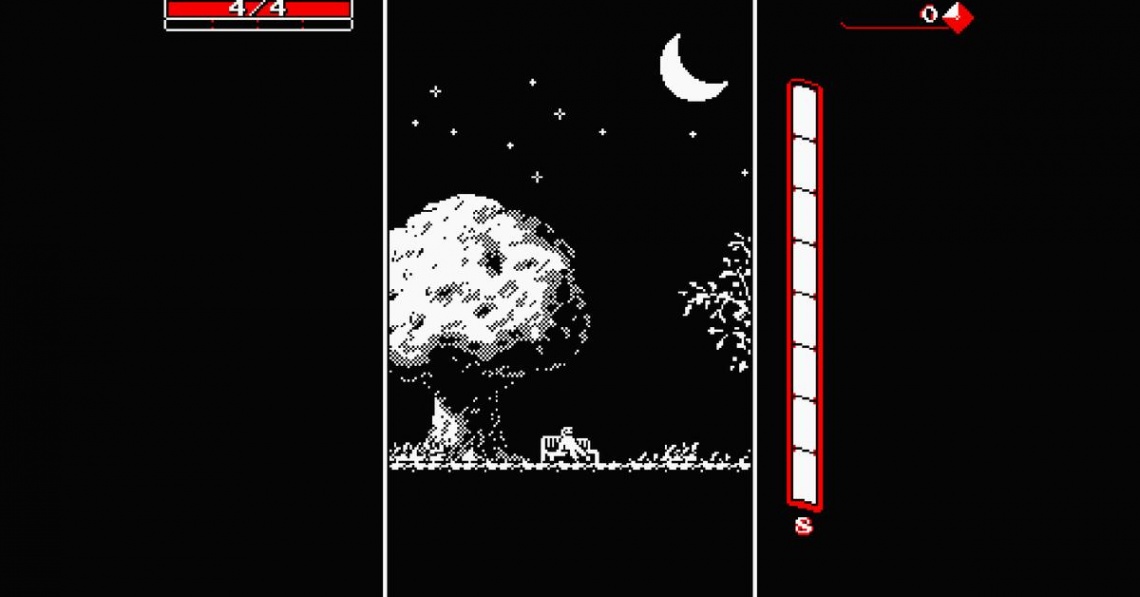 action
Release: 2015
Downwell's art style and underground level design have been compared to Spelunky and Cave Story. The game features three basic controls, the movement to left and right, and the ability to jump while on a solid surface. When mid-air, the player may press and hold the jump button down to fire from their gunboots. Downwell is completely presented in a palette consisting of three colors, which default to black background and white outlines, with red as a highlight for gems, enemies and other important items. The precise colors are interchangeable through unlockable in-game palettes.
The well is procedurally generated, and the player is often confronted with a large number of different types of enemies, most of which can either be shot with the gunboots or stomped by jumping on them, others, however, are resistant to being stomped and can thus only be killed with bullets. While normal enemies only feature a red glare alongside the white outlines, these particular enemies are completely highlighted in red, with a more filled sprite body. The gunboots are automatically reloaded when the player hits a surface, regardless of whether or not it is solid. During the descent, players will find "timevoids", which, upon entering, stop everything outside them, as well as the music. These timevoids may lead to caves, which provide the player with a large amount of gems, or with an alternate weapon, which influences speed, delay, ammo usage, ammo count and the shoot pattern of the gunboots, as well as providing either health or a max ammo upgrade.[5] In other cases, the timevoids lead to a shop, where he is welcomed by a Jiz?, who is taking the place of a shopkeeper, offering the player three different items in exchange for gems.
The well is built up from multiple stages, each of them having three levels and featuring different sets of environmental designs and enemies. At the end of each level, the player is given the choice between three player upgrades, which persist throughout the play session and support the player, additionally to ammo upgrades or shop purchases. Additionally, alternating with color palettes unlocks, the player unlocks different movement styles, which influence his position and movement animation while on solid ground, as well as some of the well's procedural attributes, like frequency and type of timevoids. 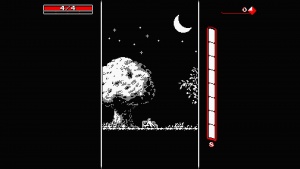 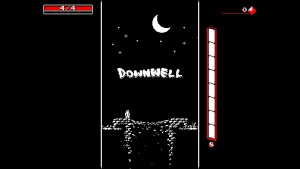