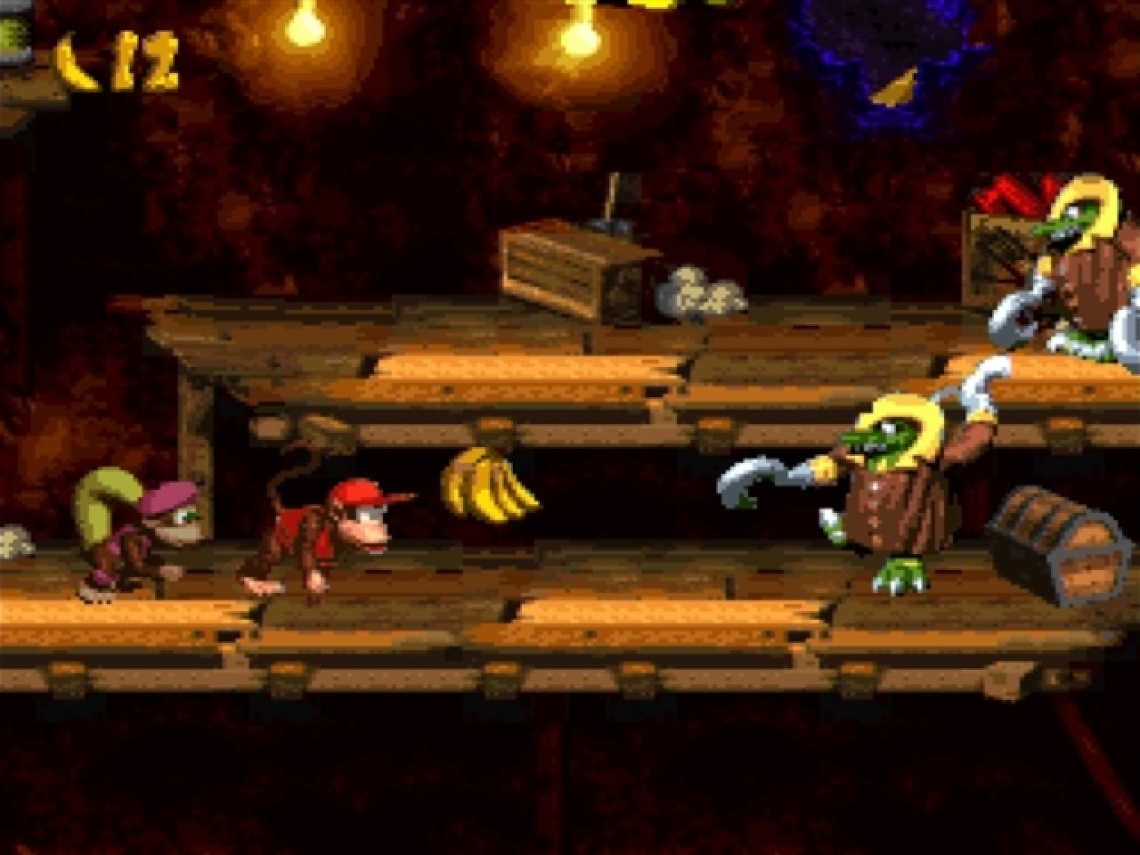 2d
action
adventure
multiplayer
single player
Release: 1995
The game is a 2D side-scrolling platformer in which the player controls either Diddy Kong or his girlfriend Dixie Kong through 52 varying levels over eight different worlds. The main objective of the game is to rescue Donkey Kong from King K. Rool. The game features a wide amount of enemies, which include land-based reptilian Kremlings, rats, bees and vultures. Enemies in underwater sections include pufferfish, eels and sharks. Each world culminates with a boss fight, which is required to be defeated in order to progress through that world. Similar to its predecessor, the player-characters may neutralise most hostiles by jumping on their heads, cartwheeling through them, or throwing a barrel at them. When hit by an enemy, the active character leaves the screen, thus control will immediately switch to the other character. The player can reclaim their partner from marked DK barrels throughout the game. If both characters die, the player will lose a life and will restart from the last checkpoint, which come in the form as a star-painted barrel. If the player loses all of their lives, the game will end. 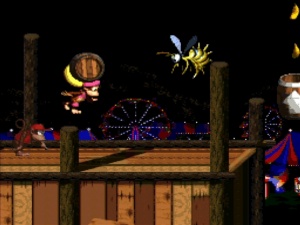 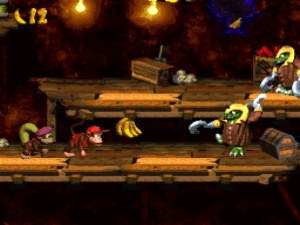