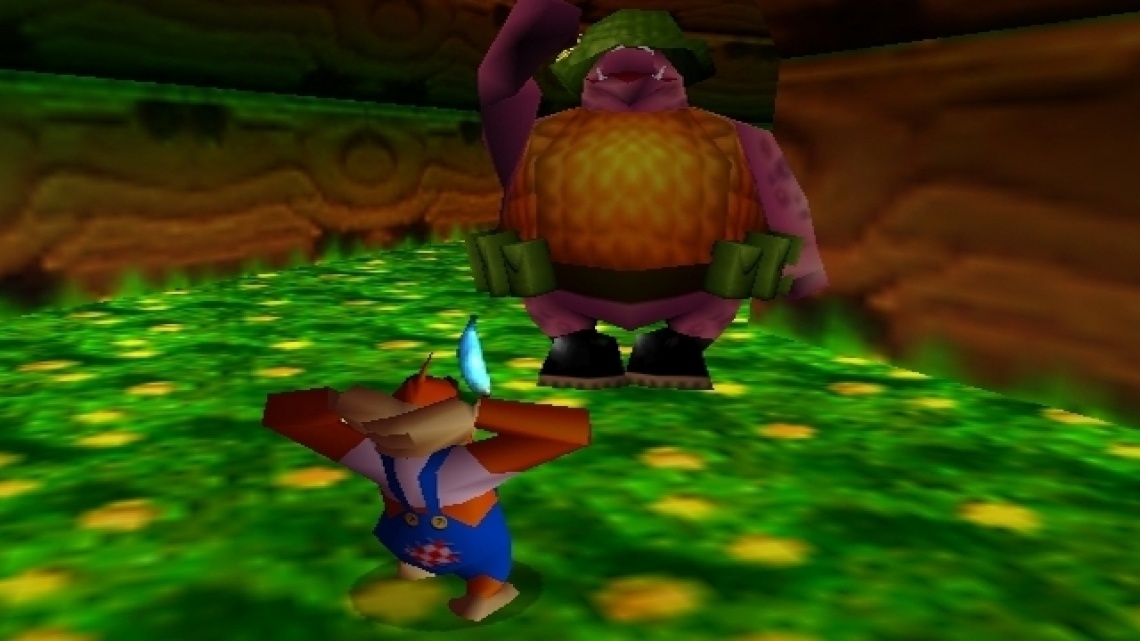 action
adventure
multiplayer
puzzle
single player
strategy
3d
Release: 1999
Donkey Kong 64 is a 3D platforming adventure game in which the player, as Donkey Kong and his friends, explores an island and collects items to progress through minigames and puzzles. The game follows a traditional storyline for the series: King K. Rool and his reptilian Kremlings invade Donkey Kong's idyllic island and kidnap his friends. After a tutorial, the player embarks as Donkey Kong to rescue them from the kidnappers. While exploring the in-game world and completing puzzle minigames, the player collects bananas; enough of these will grant the player access to boss fights, which, in turn, unlock new in-game worlds. Most of the game's puzzles are simple, and involve rearranging items, manipulating switches and tiles, or matching items as in the game Concentration. Minigames include races, minecart rides, and barrels that shoot the characters as projectiles. There are five such banana-rewarding objectives for each of five playable characters across eight themed worlds—200 goals in total, in addition to a connecting overworld. Unlike in prior Donkey Kong games, the objectives can be completed in any order. The player can fast travel between sections of the level with designated warp pads, and can swap between characters in designated swap barrels.The player also collects banana coins, which unlock new weapons and abilities, and other collectibles such as weapon ammunition and blueprint puzzle pieces. As in other games by the developer, the player often encounters an impossible situation (e.g., an indestructible object or out-of-reach area) and must eventually backtrack to resolve the impasse after acquiring a new ability. 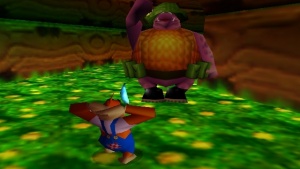 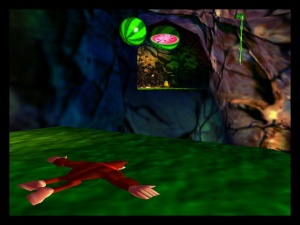