The Divine is dead. The Void is everywhere. And Sourcerers are to blame. The Magisters of the Divine Order set out to cure Rivellon of the threat posed by Sourcerers. Sourcerers... like you. You’ve been captured and sent to Fort Joy, where you will be 'cured' of your affliction. A cure that may cost you dearly.

In Divinity: Original Sin, you played as Source Hunters on a quest to rid Rivellon of a forbidden magic known as Source. Now, the tables have turned. You are Sourcerers - dangerously powerful individuals whose abilities attract Voidwoken - monstrous creatures from the Void.

You'll recruit up to three companions to help in your quest, each character as detailed as your own, with their own origin stories and motivations. We’ve built a dynamic relationship system between you and your party members: expect all shades of friendship, rivalry and yes, even romance.

While none of the races of Rivellon are particularly accustomed to peace, few know the anguish of the Undead. Hide your true form with the Mask of the Shapeshifter or reveal your nature and watch as the inhabitants of Reaper’s Coast react to you as they would to any other monster.
Read Full Description
Get This Game 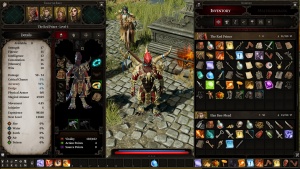 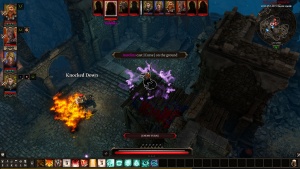