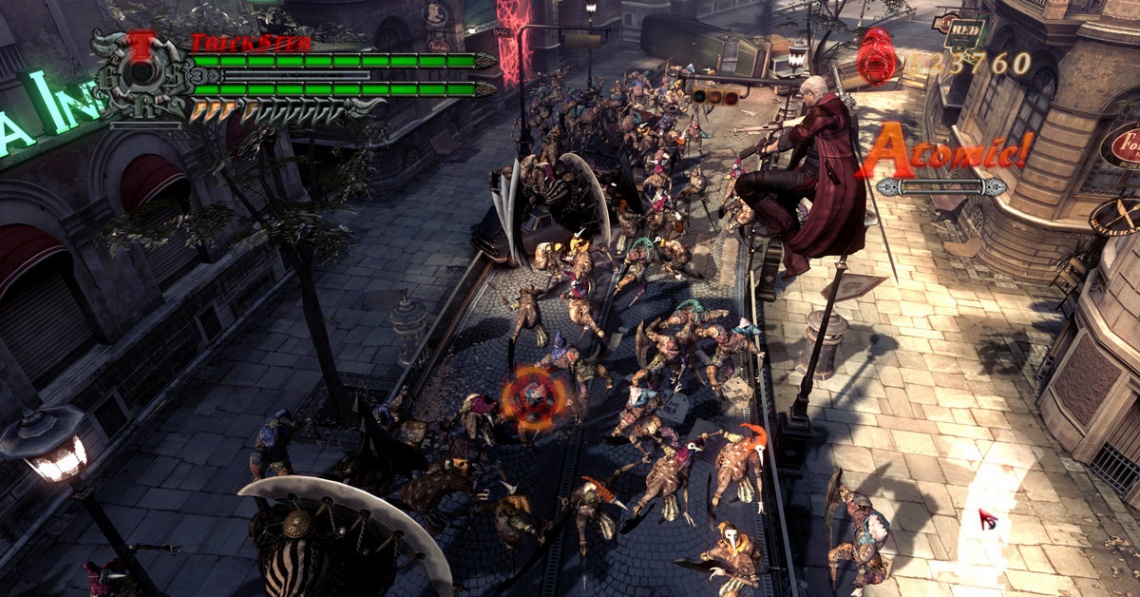 action
adventure
anime
beat 'em up
hack and slash
single player
third person
Release: 2015
Gameplay in Devil May Cry 4 is similar to previous games in the series. The player must fight through levels called "missions", occasionally solving puzzles or gathering items. Performance in a mission is graded from D being the bottom grade through C, B, A, S, SS, and SSS being the highest grade. Grades are based on items used, Red Orbs gathered, time taken, and the amount of Style Points accumulated. Each Style Point grade has its own tag-word. The stylish grade shows up on the side of the screen and starts at "Deadly"(D); progresses through "Carnage"(C), "Brutal"(B), and "Atomic"(A); then, progresses through one last bar of grade containing the phrases "Smokin'"(S), "Smokin' Style"(SS), and lastly "Smokin' Sick Style"(SSS). Stylish combat is the main focus of the game, which is conveyed through unbroken combos of varied attacks while avoiding damage. The player must avoid enemy attacks to continue performing combos, often by memorizing attack patterns. The Devil Trigger is a super state that enables the player to become more powerful adding a slow but steady health regeneration, with increased damage done. Devil Trigger can be activated by pressing the button to trigger it when the minimum amount on the gauge is filled.
Some changes introduced into Devil May Cry 4 are the presence of two playable characters, Dante and Nero, and a slight modification to the shop system. A new currency, Proud Souls, is used to buy new abilities while Red Orbs are used to buy items. Proud Souls are rewarded at the end of missions and the amount varies depending on how well the player performed. Cost of abilities also increase with the purchase of other abilities, though all abilities can be sold back for the original price.
The player plays as Nero throughout most of the game. He is equipped with the Red Queen sword, Blue Rose revolver, and the powers of his Devil Bringer. The Red Queen features an Exceed Gauge that can be charged up, allowing for subsequent attacks that are more powerful than regular slashes, until the gauge empties. Nero also has the powers of his Devil Bringer, and can use it to pull himself towards enemies or vice versa. The Devil Bringer may also be used for context-sensitive throw attacks, leading to high damage and various effects depending on the enemy. Nero's Devil Bringer also gains new abilities during the course of the game, such as being able to detect secret missions or caches of Red Orbs. Nero eventually gains the ability to use Devil Trigger after getting the katana known as Yamato, which increases his Devil Bringer's power, thus changing his Devil Bringer attacks into more powerful versions with different animations.
The player plays as Dante through seven missions, taking over halfway through the game. His gameplay is similar to that of Devil May Cry 3, with him having access to multiple melee and ranged weapons which he gains after boss battles, and being able to cycle through them freely in combat, being no longer limited to equipping two weapons of each type as he was in the previous game. Dante also starts with his four styles, each of which grants him different abilities, but he may now switch them at will with buttons or pads on the controller, unlike in Devil May Cry 3. He also gains the Dark Slayer style near the end of his appearance, which only has one style level. Styles do not level up through experience as in the previous game, but must instead be upgraded like other skills in the shop screen in between missions or at statues. Dante can also enter Devil Trigger; in his Devil Trigger he gains most of the benefits that Nero's Devil Trigger has, though, as he does not have the Devil Bringer, he gets animation and property changes on some of his normal attacks instead.
The Special Edition introduces a new gameplay for each new characters like Vergil, Lady and Trish. Lady and Trish, like Dante and Nero, also only playable on a certain mission routes.
The player plays Lady will have a same mission route as Nero. She has a similar gameplay as Nero, such as the grappling move mechanism. However, Her combat style relies heavily on using her firearms.
The player plays Trish will have a same mission route as Dante. She has a similar gameplay as Dante. According to Hideaki Itsuno, the director of Devil May Cry 3 & 4, states that "...she does away her weapon switching and instead use of the Sparda Sword in the variety of ways that require the use of relatively few buttons." He also stated that her style is "...distinctly different you've seen anything in the game until now.
The player plays Vergil through all game's missions. He retain his moves from the Special Edition of Devil May Cry 3, including the close ranged weapon switches, but also added with elements from the reboot of the franchise DmC: Devil May Cry. It is known that his moves are also fully upgradable. And a feature was added for his choice of stylized fighting, which is known as the "Concentration" mechanic. While in action, Vergil's abilities and moves will grow stronger and faster the more calmly and flawlessly he fights. The Concentration mechanic is signaled by a blue gauge in the upper left corner of the screen which is Vergil's Concentration Gauge. It has three levels. The higher the level, the more powerful attacks he will be able to perform. To increase the gauge, Vergil can land attacks on enemies and dodge their attacks, but if he is hit by an enemy or if he runs, these cause the gauge to deplete. Missing attacks also depletes the gauge, so the player must be efficient with their attacks during battle.


This article uses material from the Wikipedia article Devil May Cry 4, https://en.wikipedia.org/wiki/Devil_May_Cry_4, which is released under the Creative Commons Attribution-Share-Alike License 3.0, https://creativecommons.org/licenses/by-sa/3.0/.
Read Full Description
Get This Game 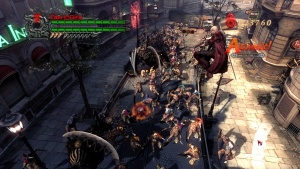 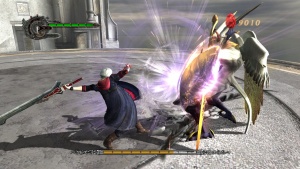