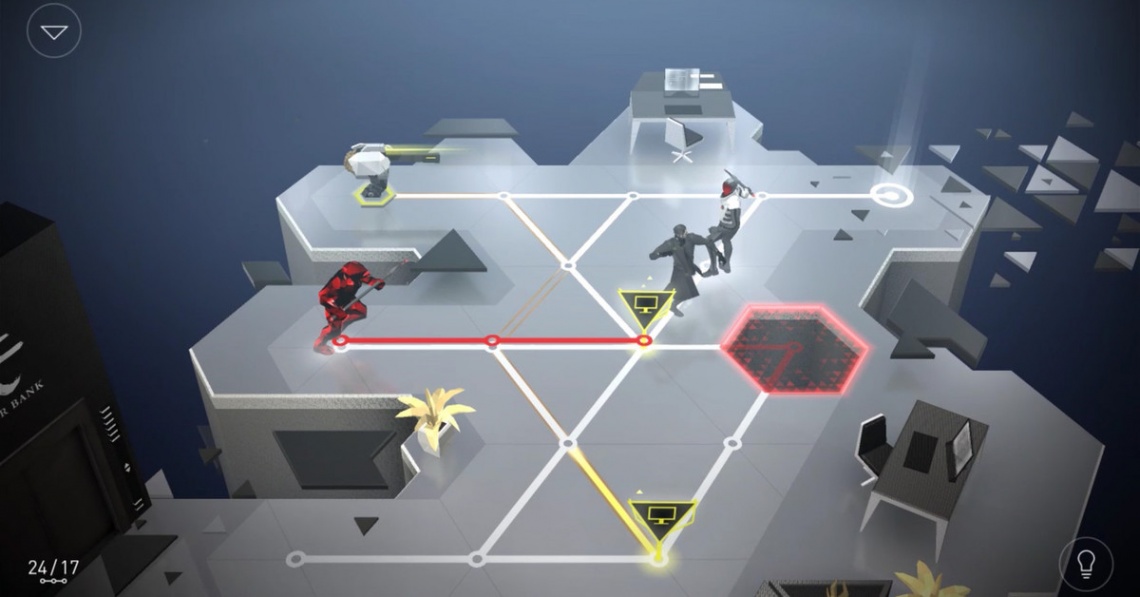 puzzle
turn based
Release: 2016
The player touches the screen to move Adam Jensen, a protagonist from the stealth combat, cyber-dystopian Deus Ex series, between nodes on a hexagonal grid towards an exit. If moved to a specific node, the character will stealthily take down guards, hack computers, and activate his human augmentations, such as invisibility. Enemies who spot Jensen will move towards and, if they reach his node, eliminate him. Alternatively, Jensen can eliminate enemies if approached from behind or their side. In the game's story, which is set before the events of Deus Ex: Mankind Divided,[5] Jensen's sole mission is to save an important person, but is continually set back by puzzles—54 in total.
The puzzles grow in complexity by adding complications to several simple mechanics. Mechanical enemies and obstacles, such as gun turrets and raisable platforms, are hackable via computer terminals on nearby nodes. The player drags their finger on the touchscreen to connect the terminal's node and the hackable device. The character can store an invisibility power-up to move without detection while in an enemy's line of sight. When activated, it lasts two turns. The main game runs about three hours in length, and the player can purchase puzzle solutions through microtransactions. An additional puzzle design node—also new to the Go series—lets players make single-screen puzzles to share with others. Square Enix highlights five new puzzles in a weekly rotation. As part of a tie-in with Deus Ex: Mankind Divided, players complete the main story and weekly puzzles in the mobile game to unlock perks in the console title.

This article uses material from the Wikipedia article Deus Ex Go, https://en.wikipedia.org/wiki/Deus_Ex_Go, which is released under the Creative Commons Attribution-Share-Alike License 3.0, https://creativecommons.org/licenses/by-sa/3.0/.
Read Full Description
Get This Game 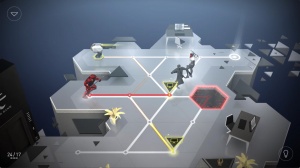 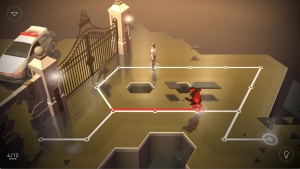