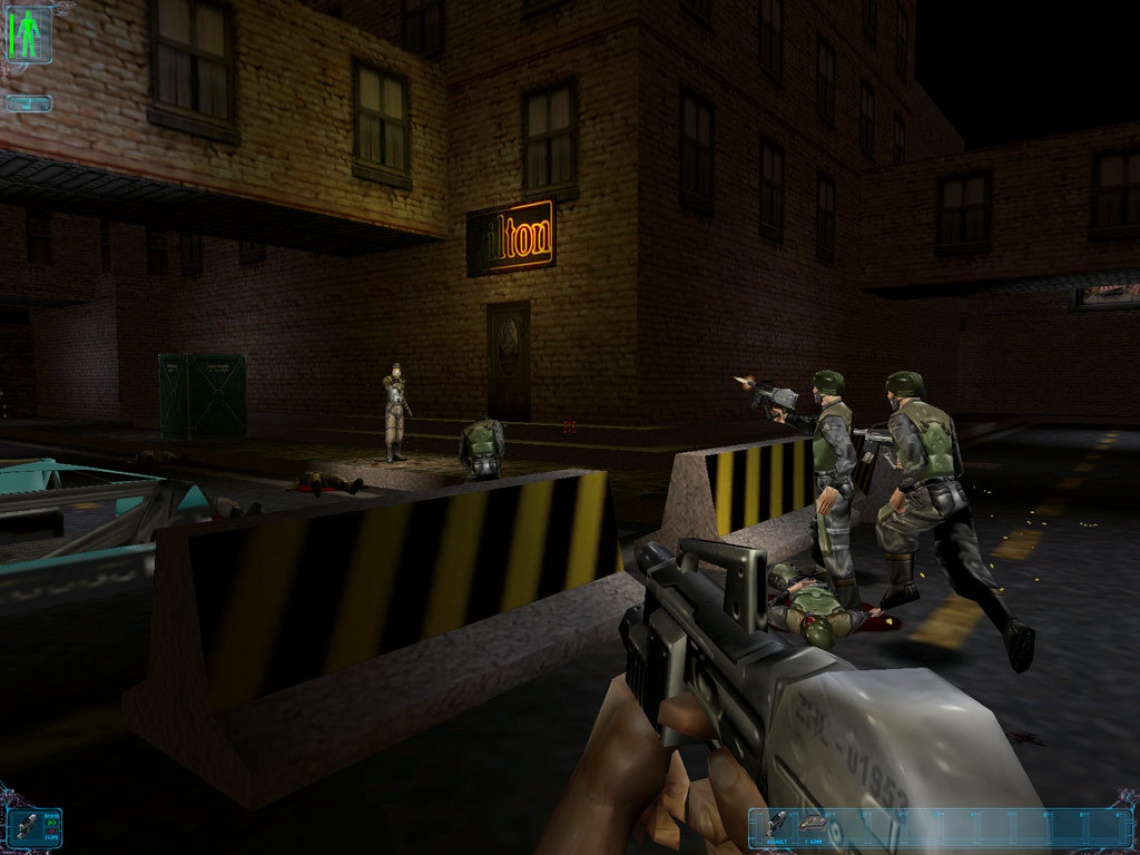 action
adventure
fps
rpg
Release: 2000
Deus Ex ([ˈde.ʊs ɛks] (About this sound listen)) is a 2000 action role-playing video game developed by Ion Storm and published by Eidos Interactive. Set in a cyberpunk-themed dystopian world in the year 2052, the story follows JC Denton, an anti-terrorist agent given superhuman abilities by nanotechnology, as he sets out to combat hostile forces in a world ravaged by inequality and a deadly plague. His missions entangle him in a conspiracy that brings him into conflict with the Triad, Majestic 12, and the Illuminati.

Deus Ex's gameplay combines elements of the first-person shooter with stealth elements, adventure, and role-playing genres, allowing for its tasks and missions to be completed in a variety of ways, that in turn lead to differing outcomes. Presented from the first-person perspective, the player can customize Denton's various abilities such as weapon skills or lockpicking, increasing his effectiveness in these areas; this opens up different avenues of exploration and methods of interacting with or manipulating other characters. The player is able to complete side missions away from the primary storyline by moving freely around the available areas, which can reward the player with experience points to upgrade abilities and alternative ways to tackle main missions.

This article uses material from the Wikipedia article Deus Ex (video game), https://en.wikipedia.org/wiki/Deus_Ex_(video_game), which is released under the Creative Commons Attribution-Share-Alike License 3.0, https://creativecommons.org/licenses/by-sa/3.0/.
Read Full Description
Get This Game 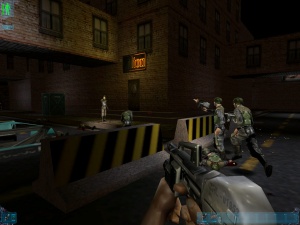 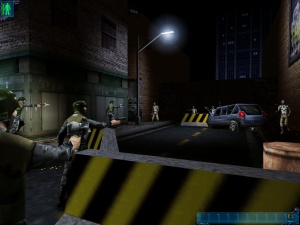