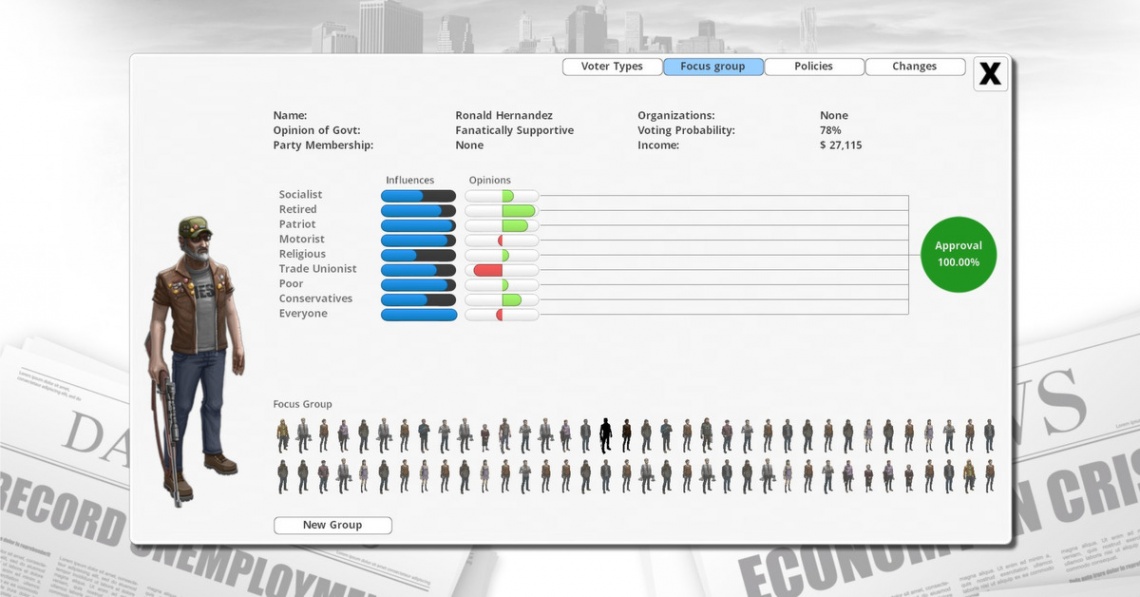 indie
simulation
single player
strategy
Release: 2014
Democracy is a government simulation game that was first developed by Positech Games in 2005, with a sequel released in December 2007 and a third game in 2013. The player plays as if they are the president or prime minister of a democratic government. The player must introduce and alter policies in seven areas – tax, economy, welfare, foreign policy, transport, law and order and public services. Each policy has an effect on the happiness of various voter groups, as well as affecting factors such as crime and air quality. The player has to deal with "situations", which are typically problems such as petrol protests or homelessness, and also has to make decisions on dilemmas that arise each turn.

Extremism : This expansion for Democracy 3 adds 33 new situations and policies that reflect the more extreme side of politics, all within the framework of a democracy. Fed up with just adjusting taxes and government spending in the conventional sense? Perhaps you think your people need the national anthem sung at the start of every news broadcast? or maybe what they are crying out for is a ban on divorce, or same-sex relationships? Alternatively you might like to close your countries airports to save the environment, or maybe outright ban private education? How far to the extremes can you take your country and still maintain the support of the people (and avoid some of them putting a gun to your head). Democracy 3:Extremism, for when fiddling with tax rates simply isn't enough!
Read Full Description
Save & Play Game Later
Images & Video 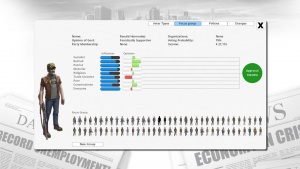 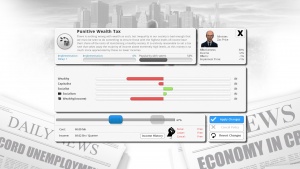