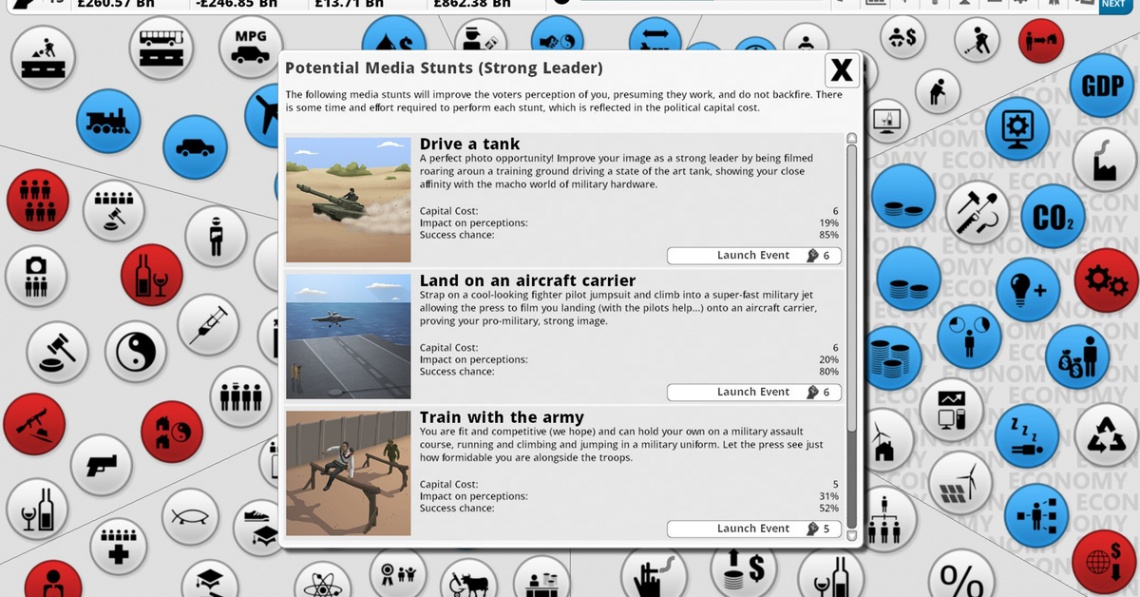 indie
politics
simulation
single player
strategy
Release: 2016
After deciding which nation to play as, the player must win the support of various factions which make up the electorate, including the religious, patriots, parents, capitalists, socialists, liberals, conservatives and others, and thus win the ensuing elections that take place. The player introduces policies and uses sliders to change the amount of government funding, level of a tax or generally the law and regulations in that particular area. Of course, because each individual person belongs to several factions, it is practically impossible to control all the voters. Before each general election, two promises are made by the player to the electorate. If the player has not kept these promises by the next election, the people become annoyed and cynicism increases.

Have you ever thought that the voters in Democracy 3 seemed a little bit *too* rational? a little bit too analytical about how government policy affected them? Blind to the public image of the candidates, unconcerned with the sound-bites and slogans of a real-world political campaign? Ever thought that your role as president or prime minister was suspiciously isolated from the concerns of wealthy party donors and public perceptions (even wrong ones) of your governments motivations? Democracy 3: Electioneering brings emotional irrationality to your electorate!
Read Full Description
Save & Play Game Later
Images & Video 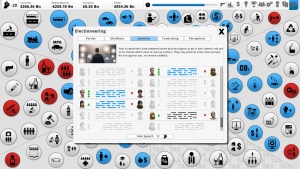 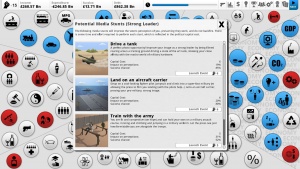