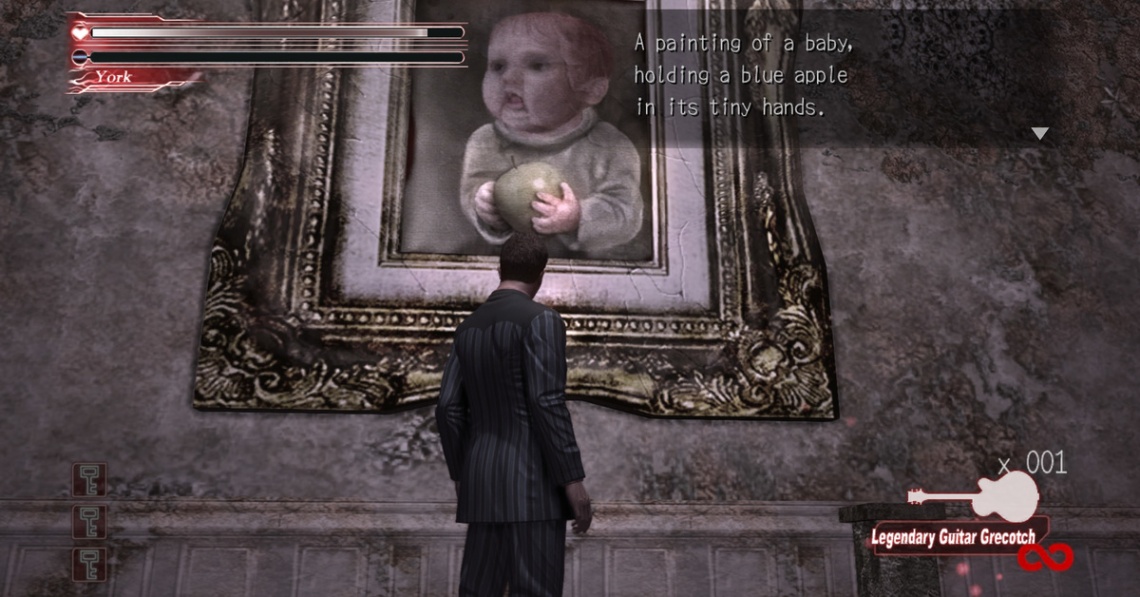 adventure
horror
open world
Release: 2013
Deadly Premonition is a survival horror game set in an open world environment and played from an over-the shoulder third-person perspective. The game's objective is to guide the player character, FBI Special Agent Francis York Morgan, as he investigates the identity of the Raincoat Killer, who is responsible for a murder in the rural town of Greenvale. York receives in-game money for numerous actions—both for finishing levels and for minor events, such as shaving or changing suits; he can also be fined for poor performance, such as wearing dirty clothes. Additionally, he requires food and sleep at regular intervals, as indicated by the gauges measuring his hunger and need for sleep. If his gauge for sleepiness reaches zero, he will become hungry more quickly; if his gauge for hunger depletes, he will begin to lose health. Sleeping restores his health and tiredness, while food and items to ward off sleepiness, such as coffee, can be purchased from stores in Greenvale.

York may explore Greenvale on foot, by car, or by using a special item obtained by completing a sidequest. Cars must be maintained, as they consume fuel, which York must purchase, and accumulate damage that eventually renders them useless unless York pays for their repair. York often has a specific time frame for investigating sites and interviewing non-player characters; however, if he misses the timeslot, the player may simply try again during the next day without a penalty. Places of business and entertainment venues in Greenvale have specific hours of operation and must be visited at the proper time to make use of their services. Non-player characters also have their own specific routines and travel around town as they go about their business. It also features a dynamic weather system and day-night cycle which affects the responses of the non-player characters. If York engages one at the right place and time of day, he or she may offer him a side-quest to perform for additional rewards. In addition to side-quests, trading cards are scattered throughout the town, which the player can collect while exploring. York can also participate in mini-games, such as darts, racing through checkpoints, and fishing, and may accelerate the passing of time by smoking cigarettes.

Deadly Premonition contains several combat sequences, in which York encounters supernatural enemies while trapped in the Other World. York may battle them using melee weapons or firearms, or may choose to evade them by holding his breath. Melee weapons will eventually break with continued use, and York's pulse increases whenever he runs or holds his breath. Periodically, York encounters the Raincoat Killer, which will activate either a quick time event, a chase sequence, or a hiding event necessary to escape the murderer. During the Other World sequences, York's primary objective is to investigate crimes that took place there in the recent past. He collects photos of evidence to use to "profile" the scene and reconstruct events that took place with his deductive skills. Furthermore, the Other World regularly affects the entire town, excepting the interior of buildings, from midnight to six in the morning.

This article uses material from the Wikipedia article Deadly Premonition, https://en.wikipedia.org/wiki/Deadly_Premonition, which is released under the Creative Commons Attribution-Share-Alike License 3.0, https://creativecommons.org/licenses/by-sa/3.0/.
Read Full Description
Get This Game 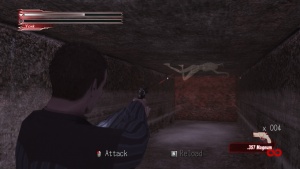 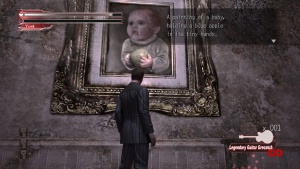