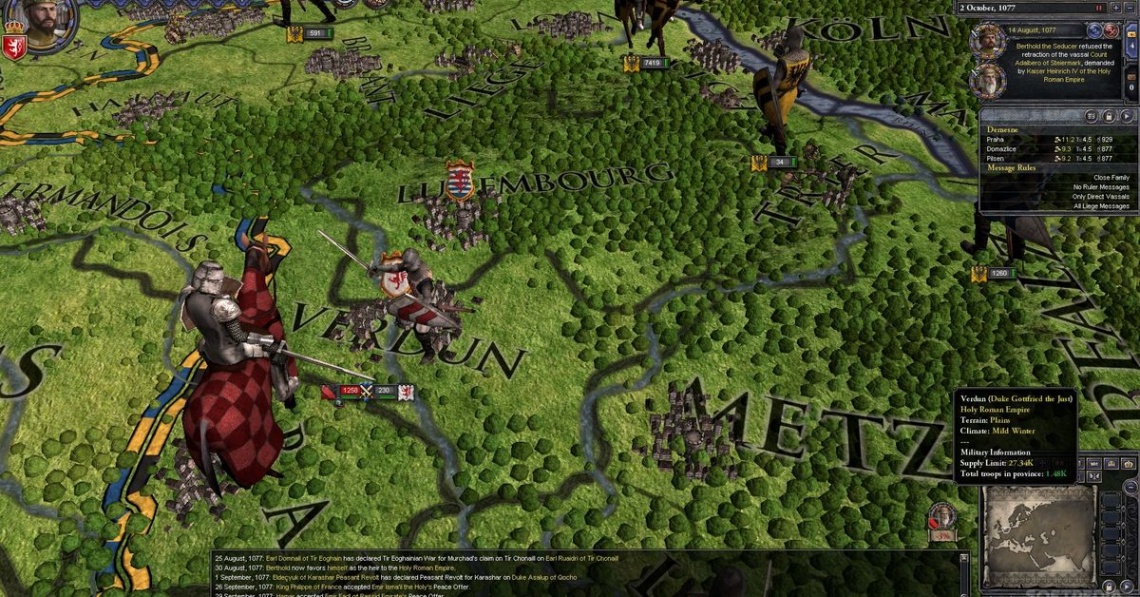 historical
multiplayer
rpg
rts
single player
strategy
sandbox
Release: 2012
Europe is in turmoil. The lands are fragmented into petty fiefs, the emperor struggles with the Pope, and the Holy Father declares that all those who go to liberate the Holy Land will be freed of their sins. Now is the time for greatness. Increase your lands and fill your coffers, appoint vassals, battle traitors, introduce laws while interacting with hundreds of nobles, and create the most powerful dynasty of medieval Europe.

A beleaguered king will always have friends to support him. But beware, as your rule and realm may find trouble when a loyal vassal becomes a bitter rival. Stand ready, increase your prestige, and listen to the world whisper your name in awe. Do you have what it takes to become a Crusader King?


MAIN FEATURES
- Crusader Kings II explores one of the defining periods in world history in an experience crafted by the masters of Grand Strategy. Medieval Europe is brought to life in this epic title rife with rich strategic and tactical depth.

- Start a game in 1066 and forge 400 years of European history
- Take on the role of a Christian noble and carry them through the ages from Count to Emperor via the line of succession
- Gather Prestige for every successive character you play, furthering the glory of your dynasty
- Expand your feudal domain at the expense of your rivals
- Unravel the plots of your courtiers and vassals, each armed with their own agendas
- Re-enact the Crusades, defend against the Mongol onslaught, and form feudal nation-states
- Struggle with the Pope for control of the bishops
- Relive the Middle Ages with up to 32 other players in a competitive multiplayer mode
Read Full Description
Get This Game 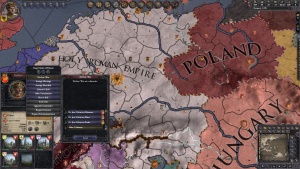