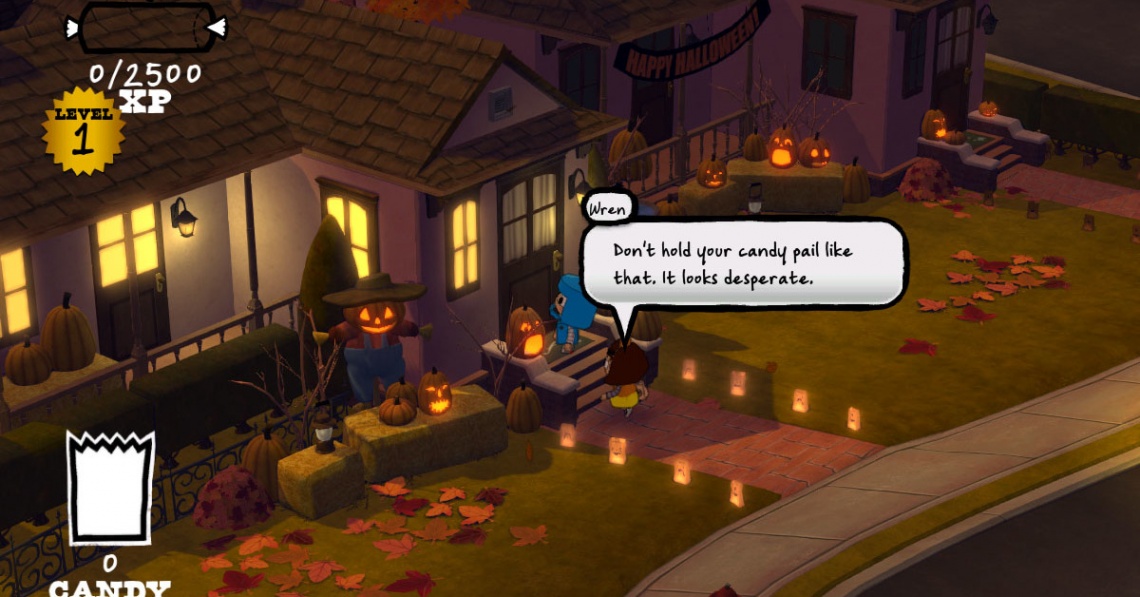 adventure
rpg
Release: 2011
Costume Quest incorporates elements of exploration of adventure games and character growth of role-playing video games. In the exploration part of the game, the player character explores their neighborhood, seeking out quests through trick-or-treating that reward the character with hints to the sibling's location, more candy (a type of currency for interactions with other children), and costume parts that can be used to alter the character's costume. The character can also befriend up to 4 non-player characters that can help with some aspects of quest solving.[1]
At times, the player characters will encounter monsters, leading to the battle mode for the game. Here the children become giant versions of what costumes they are wearing, along with abilities reflected by that costume; for example, a child wearing a makeshift robot costume becomes a giant mechanized robot, while a child wearing a medieval sweater becomes a knight in armor and sword. Battles are turn-based, allowing the player to select attacks, blocks, or a special move that requires hitting a quick time event at the right moment to achieve maximum damage to their foes. Winning battles leads to additional rewards towards the player's main quest.[1] 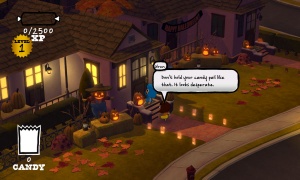 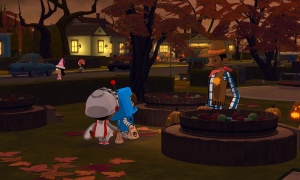