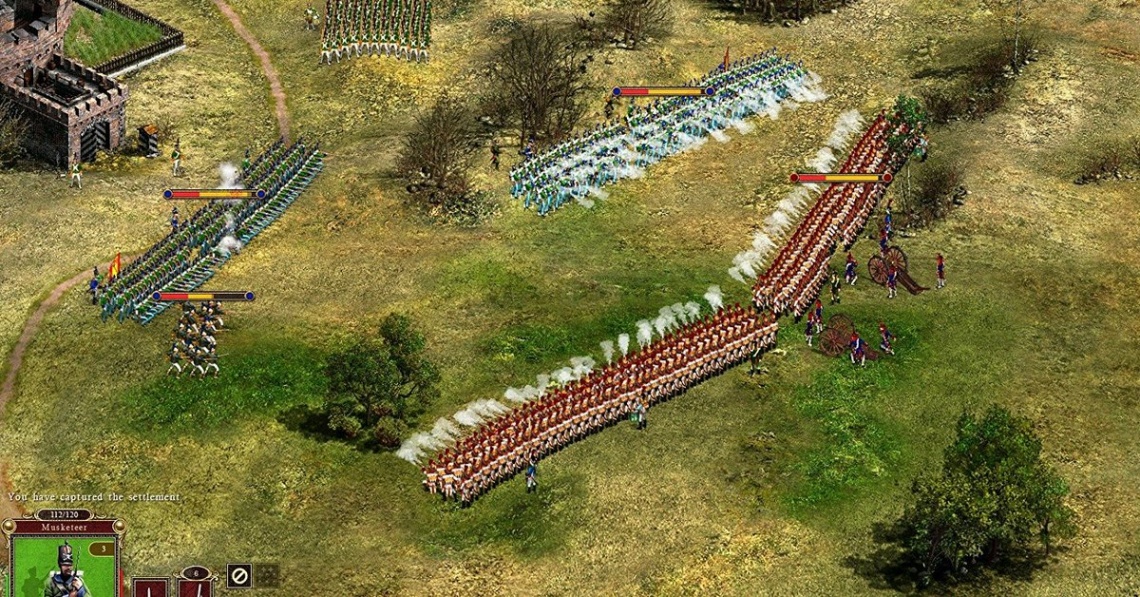 historical
rts
strategy
war
Release: 2006
Let the battle begin! The Cossacks II: Battle for Europe add-on continues the renowned Cossacks II:Napoleonic Wars game. It depicts the rather short historic period of the Napoleonic wars. The Napoleon wars changed Europe forever, leading to the formation of empires and putting an end to almost one thousand years of constant strife between small states. The game provides mass-scale battles between nations involved in conflicts during this period whose armies numbered in the thousands. The theatres of operation introduce France, Britain, Austria, Russia, Prussia, Egypt, and three nations not represented in the original game - Spain, the Grand Duchy of Warsaw (Poland), and the Confederation of the Rhine.

Cossacks II: Battle for Europe reconstructs in detail the soldiers' uniforms, weapons and architecture of each nation. Each nation's army has its unique units and possibilities. The game includes over 180 units 190 buildings and 1200 flora and fauna elements. When developing the combat system the peculiarities of early 19th century warring were taken into account as was the value of formations provisions and troop morale. Tactical tricks utilized by military commanders of the time are fully reflected in the game. An honest system of bullet and cannonball ballistics based on physics is an innovative addition to the Cossacks engine. Other engine features include 3-dimensional landscaping which creates realistic-looking scenery and towns which impact combat tactics. For example the firing range of a subdivision of soldiers or a cannon positioned at the top of a hill is greater than the firing range of a unit stationed on flat terrain.
Read Full Description
Save & Play Game Later
Images & Video 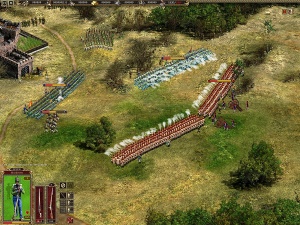 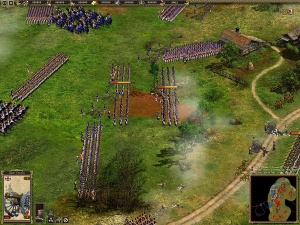