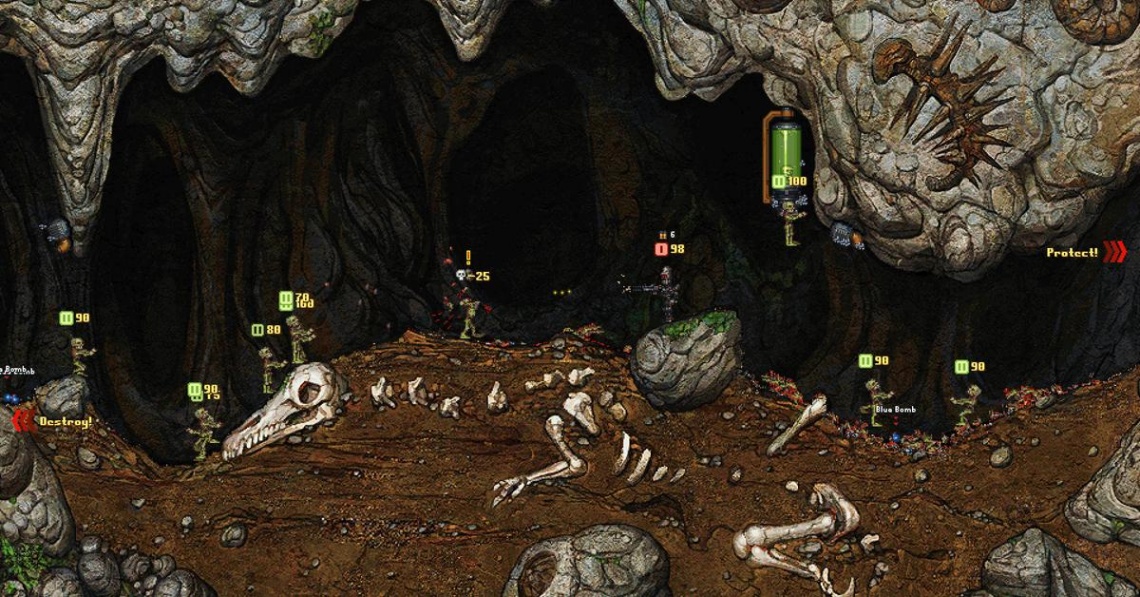 action
strategy
Release: 2012
n the world of Cortex Command, many humans have opted to amputate their entire natural bodies in order to prolong their lives and enable interstellar space travel. Their disembodied brains are hardly helpless, however, as they can remotely control all kinds of machines and craft through artificial interfaces.

Playing as one of these people's brains, you can quickly switch control between many different expendable bodies in order to complete otherwise dangerous tasks - all from the physical safety of your command bunker. Use these technological powers of telepathy to collect gold out of the fully destructible terrain, then purchase even more bodies and materiel with those newly acquired funds!

You can even program the crude A.I.s of your puppet army to complete simple tasks (patrolling, digging, etc.) while your attention and direct control is somewhere else. Use your accumulated forces to protect your brain, explore the world, and defeat your competition!

Fully destructible environments - The gold you need to excavate is sprinkled throughout the terrain of each scene. Use special digging tools to blast your way into the dirt and debris. All the pieces of bodies and ships from your struggles will fall to the ground and permanently add to the battlefield. Get more powerful (and expensive) diggers and you can even tunnel into your enemies' bunkers from below!

In-game buying menu - At any time and place during the game, bring up a powerful menu to order new bodies and equipment, all delivered at the location and by the transport ship of your choosing. Rockets are cheaper but unreliable and harder to land. Drop ships are far more expensive but can quickly deploy entire groups of puppets onto difficult terrain. Ships and equipment returned to the TradeStar are refunded to your account.

Build your own bunker - At the start of most missions, you are able to take your time and build your own command bunker from scratch. Easily design twisting tunnels and place doors, traps, and turrets to thwart your enemies' intrusions! Pre-deploy and equip bodies in and around your installation to prepare yourself for your objectives. Don't spend too much though, or you won't have enough funds left when the mission starts!

Four-player cooperative and/or versus multiplayer - Gather your friends and plug in those game controllers! Play skirmish or campaign missions with or against up to three of your buddies. 2 vs 2, 1 vs. 3, 4 vs. the CPU - it's up to you! (rhyme intended). Flexible control settings allow you to use the keyboard, keyboard + mouse, or any generic game controller you can find and plug in.

Built-in editors and modding - Several in-game editors allow you to easily create your own stuff. The game's engine is built to make it very simple to modify and add your own content. Design your own missions, guys, ships, weapons, tools, bombs, and shields - and easily share them with your friends. Join and download some fantastic mods from the community at the Data Realms Fan Forums.
Read Full Description
Save & Play Game Later
Images & Video 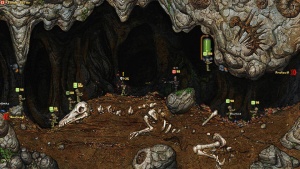 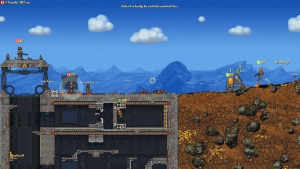