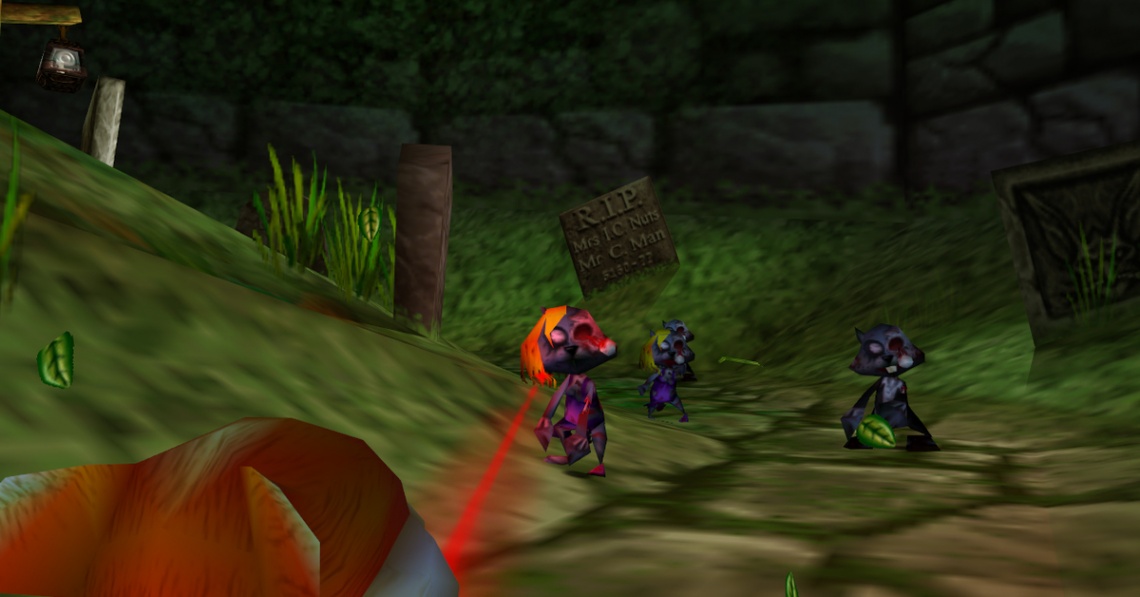 action
adventure
multiplayer
open world
puzzle
single player
strategy
third person
Release: 2001
Conker's Bad Fur Day is an action-platform game where the player controls Conker the Squirrel through a series of three-dimensional levels. The game features an overworld where players can transition from one level to another, although many are initially blocked off until Conker earns a certain amount of cash. Each level is an enclosed area in which the player can freely explore to find tasks to do. The gameplay mostly relies on figuring out a way to help other characters by completing a linear sequence of challenges. These challenges may include defeating a boss, solving puzzles, gathering objects, and racing opponents, among others. The result is always a cash reward, which aids access to other areas in the overworld. 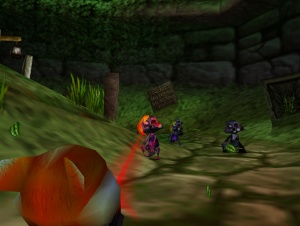 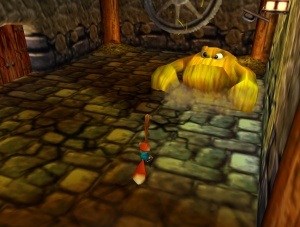