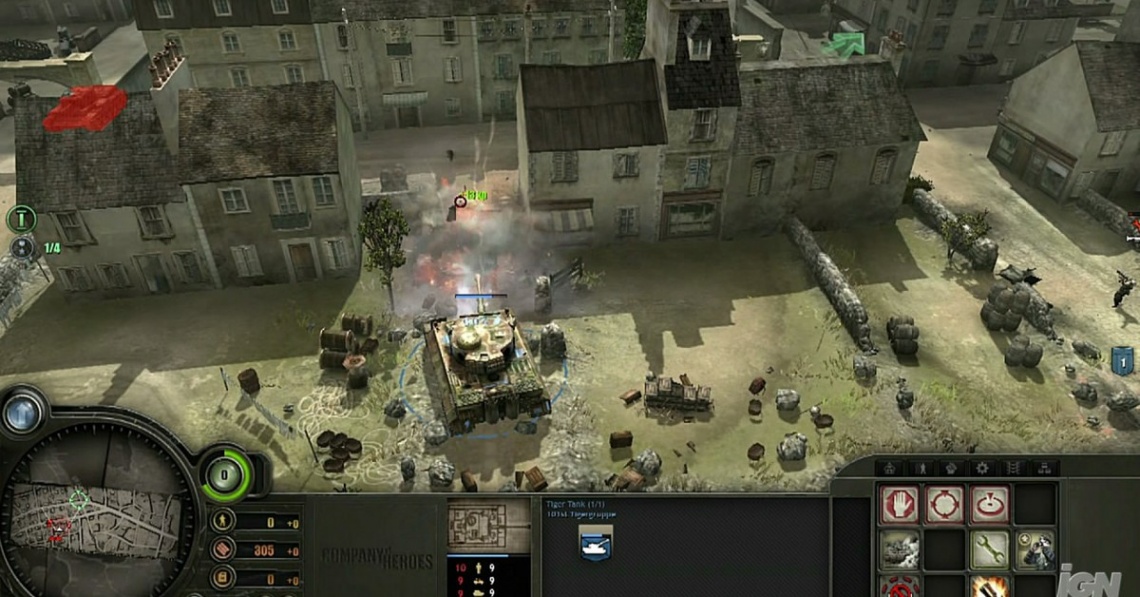 Company of Heroes: Tales of Valor

action
multiplayer
rts
strategy
Release: 2009
Tales of Valor includes new units, additional maps and further multiplayer modes, such as 'Stonewall', where the player commands a small number of troops against waves of increasingly difficult enemies, and a feature called "direct-fire", where the player 'Points and shoots' (seen in Soldiers: Heroes of WWII, Faces of War and Men of War).

Company of Heroes: Tales Of Valor has three single-player episodes.
Tiger Ace — This campaign is heavily inspired by real-life Tiger Ace SS-Hauptsturmführer Michael Wittmann's exploits in Normandy. Set in Villers-Bocage, the episode is a backstory of Kampfgruppe Lehr commander Major-General Maximillian Voss and Hauptmann Josef Schultz who is the main antagonist in the original. In the campaign, the two are members of a Tiger I tank crew as they penetrate the town. They are forced to abandon the tank when it was immobilized by an anti-tank gun and try to escape British forces in the area. The tank crew returns the following day in one of two new Tigers, spearheading a Panzergrenadier assault on the town. In the ending, it is revealed that Voss was promoted to major-general and sent to Holland, setting the stage for the Opposing Fronts campaign. Schultz stayed in France and died during the defense of Autry.
Causeway — Follows a company of paratroopers of the 82nd Airborne Division as they try to secure the La Fiere causeway for other Allied forces to pass through the Normandy beaches. The campaign focuses on Sgt Wilson and Sgt Frank Craft, who is seen as a dead weight to the group. After the 82nd's airdrop goes badly, Wilson's Able Squad links up with Baker Squad and together they find paratroopers to send to the town of Cauqigny. After the two squads take Chef du Pont on the other side of the causeway, the paratroopers at Cauquigny fall back because of heavy German forces. The airborne forces retake the town and Wilson is run down by a German tank. As the Army's tank units head south from the beaches, the airborne finally takes the fight to the Germans with Craft leading the way. Able and Baker find and destroy the tank that killed Wilson as they assault a castle complex near the causeway. The ending cutscene reveals that Craft eventually took part in Operation Market Garden, where he dies in the successful defense of a bridge over the Maas river.
Falaise Pocket — The campaign features a unit of SS Panzergrenadiers and Wehrmacht stationed in the town of Trun. Because of an artillery strike over nearby Chambois, the Germans figure that both towns must be held to allow the other units of Seventh Army to escape the area causing several battles along the riverfront of Trun. The ending cutscene states that about 10,000 Germans were killed and 40,000 captured.


This article uses material from the Wikipedia article Company of Heroes: Tales of Valor, https://en.wikipedia.org/wiki/Company_of_Heroes:_Tales_of_Valor, which is released under the Creative Commons Attribution-Share-Alike License 3.0, https://creativecommons.org/licenses/by-sa/3.0/.
Read Full Description
Get This Game 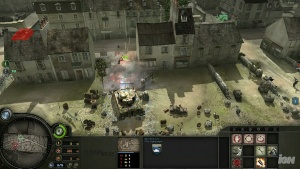 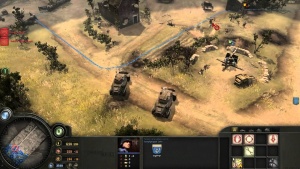