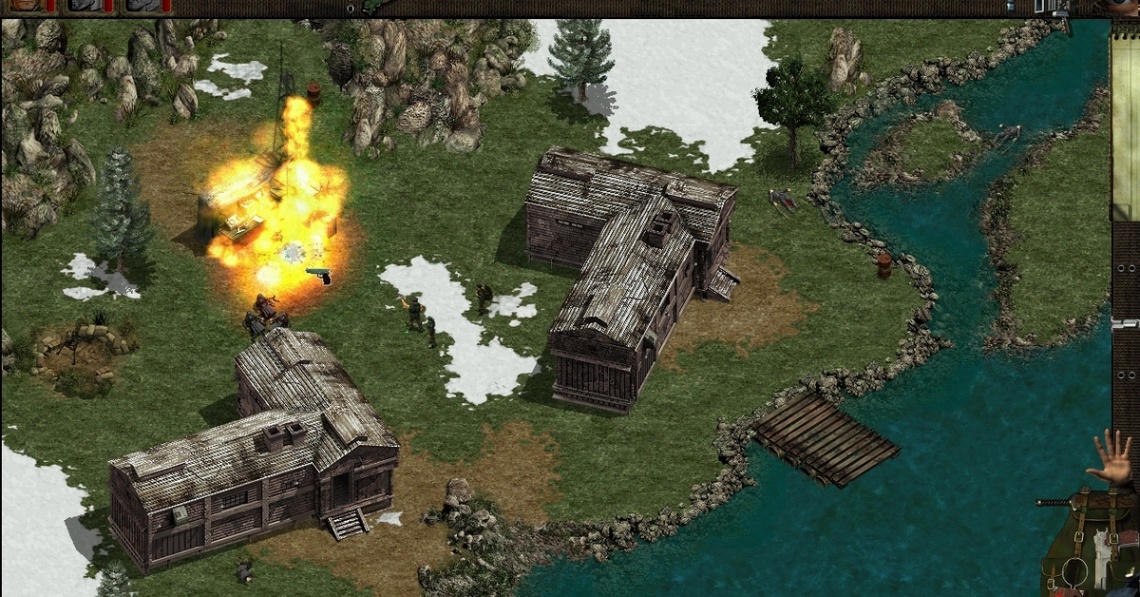 action
strategy
Release: 1998
In the game, the player represents the role of an officer who has been entrusted with the command of a group of six commandos: driver, Green Beret, Marine, sapper, sniper, and spy. A specific subset of the Commandos is available for each mission. In order to complete a mission, all various objectives must be completed and all the Commandos must survive. The mission fails if any of the Commandos die.
Throughout the game, the enemies are German soldiers. They vary from low-ranking soldiers (armed with either Karabiner Rifles or MP40 machine guns), to sergeants (armed with service pistols or manning fixed machine-gun nests, and usually do not leave their posts), to higher-ranking officers. In one mission, there are also attack dogs in the vicinity of a German base. The enemy soldiers are always on alert, always watching over each other and will always do their best to track down the Commandos. Enemy soldiers have a line of sight, that can be viewed. It is typically a cone (coloured green) of vision that extends from the soldier. This lets the player know what an enemy soldier can see and what he is looking at. The field of vision is broken into two sections; close range (light green) and long range (dark green). In the long range view, the enemy will not see any Commandos if they are crawling. If they stand up, the enemy will see them and order them to halt or possibly shoot. In the close range view, the enemy will always see the Commandos, even if they are crawling. Enemy soldiers can be alone on solitary patrol or in groups ranging from two soldiers to seven or even enemy garrisons. In certain missions, there are also German tanks and armoured cars on patrol. Under normal circumstances, if they spot one of the Commandos, they will simply shout at him to halt and aim their weapon at him. They will not fire unless he fails to comply. However, if they witness any hostile action, they will shoot immediately; since the Commandos are only armed with handguns and no body armour, avoiding firefights is necessary for success. Enemy soldiers are alerted by spotting or hearing anything suspicious. Dead bodies, footprints in snow/sand, gunshots, explosions, etc. All will alert the enemy and they will investigate and attempt to discover what the cause is. Enemy soldiers can also shout for the alarm to be sounded. When this happens, all soldiers in the base are alerted and become more aware. Soldiers will also deploy from garrisons and begin patrolling. If an alarm sounds or if a suspicious sound alerts them, they will emerge and begin hunting and patrolling, making completion of the mission more difficult. In certain missions, the sounding of an alarm can cause the mission to fail. 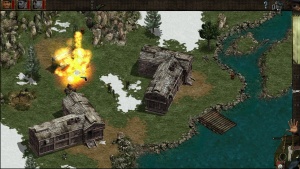 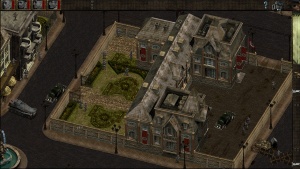