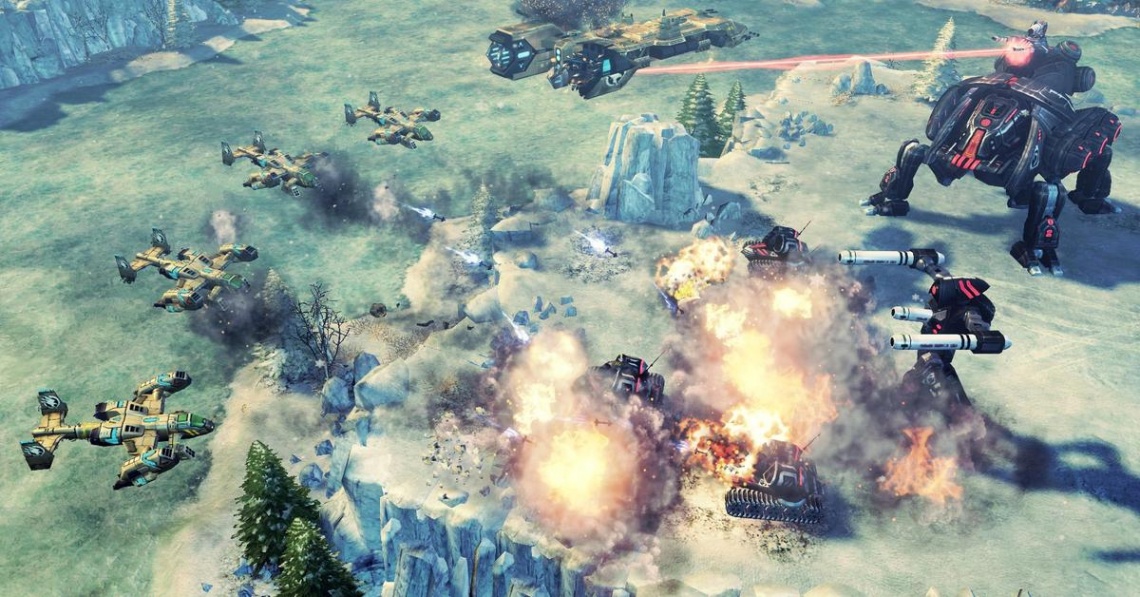 base building
multiplayer
rts
sci-fi
single player
strategy
Release: 2010
The gameplay in Command & Conquer 4 no longer follows the same resource-gathering dynamic as previous games in the series. In the main game mode, the player must capture control nodes scattered across a map, and retain more nodes than the enemy player, gaining enough points over time to win the match. Command & Conquer 4 utilizes class-based gameplay as well as some role-playing game elements.
There are two playable factions: the Global Defense Initiative (GDI) and the Brotherhood of Nod. The storyline begins with the world being consumed by the rampant growth of Tiberium, which is threatening to render the earth uninhabitable. Each faction is split into three upgradeable classes: offense, defense and support, each with their own specialized focus. The classes consist mostly of their own unique units, with the only shared unit among classes being the engineer. The offense class is focused on tank-based, front-line combat, relying less on any kind of fortified emplacements or bases. The defense class is focused on infantry-based combat as well as utilization of rudimentary base defenses, and are also the only class to have access to superweapons. It is the only class that allows the player to construct buildings in order to develop their base (analogous with the previous games). The support class is focused on air combat and specialized vehicles to traverse the environment, and is also equipped with special support powers that are used to assist teammates. As it relies on air support, the support MCVs of both factions are able to lift off in the air. Command & Conquer 4 contains two non-playable factions from previous games in the Tiberium Universe: The Scrin (C&C3) and the Forgotten (Tiberian Sun), the latter returning as a minor part of the story as well as a neutral class on the map. Command & Conquer 4 includes a total of about 90 units, including many new units and updated versions of previous Command & Conquer units. 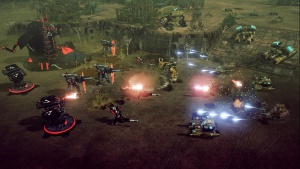 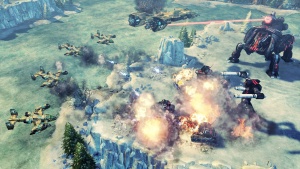