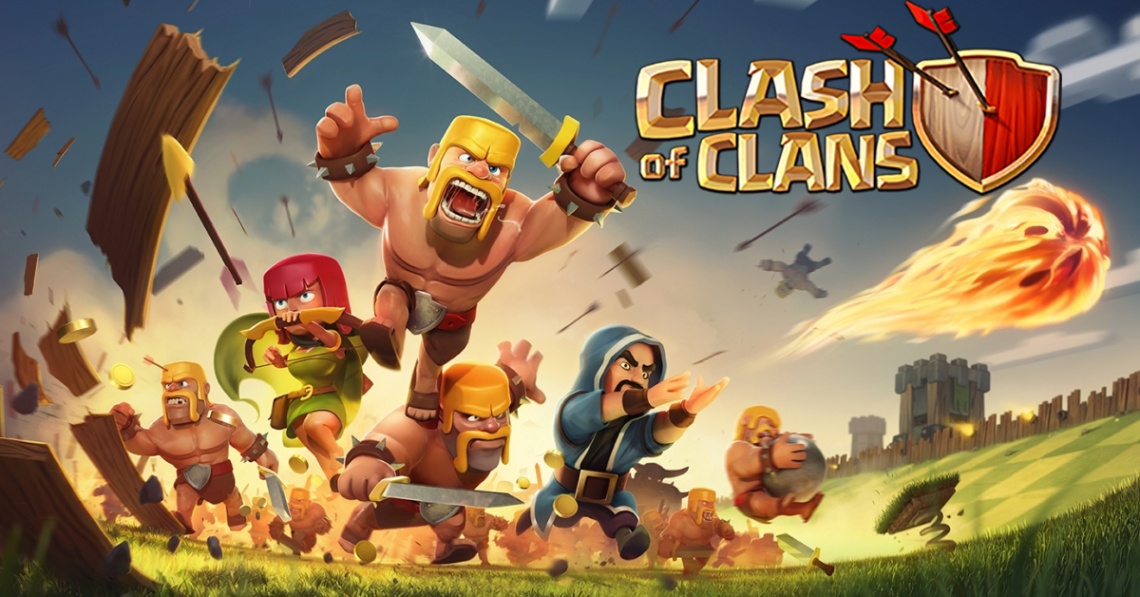 base building
building
fantasy
free to play
management
multiplayer
single player
strategy
Release: 2012
Clash of Clans is an online multiplayer game in which players build a community (in the form of a clan), train troops, and attack other players to earn gold, elixir and Dark Elixir. There are four currencies or resources in the game. Gold and elixir can be used to build and reload defenses that protect the player from other players' attacks. Elixir and dark elixir are also used to train and upgrade troops and spells. Gems are the premium currency. Attacks are rated on a three star scale and have a maximum timed length of three minutes.
The game also features a pseudo-single player campaign in which the player can attack a series of fortified goblin villages and earn gold and elixir. The game has 2 'builders' by default, but the player can install more builders (maximum 5) by buying them at an increasing number of gems. Builders are important for upgrading any building. If all builders are busy upgrading a building, one has to either wait (if the player wants to upgrade a different building) for them to be free or complete another building's upgrade using gems

To earn and store gold and elixir, players must build gold mines and gold storages and elixir collectors and elixir storages, respectively. Elixir is used to train new troops, carry out research in the laboratory to upgrade troops, to re-load X-Bows (available from Town Hall 9), and to build and upgrade certain buildings, mostly pertaining to buildings used in attacking another player's base. Gold is used to build defensive buildings and to upgrade the town hall, which allows access to more buildings and higher levels for existing buildings. At Town Hall 7, dark elixir becomes available; this type of elixir is used to train and upgrade dark elixir troops and heroes, create dark spells (available from Town Hall 8), and fuel the Inferno Tower, a defensive building that is available only at Town Hall 10. The Eagle Artillery, a defensive building only available at Town Hall 11, is fueled by elixir. Town Hall 11 also provides access to a new hero - The Grand Warden. It is the only hero born out of elixir. To earn and store dark elixir, players must build dark elixir drills and dark elixir storages.
There are a number of buildings available to the player to defend their village, including cannons, mortars, bombs, teslas, traps, archer towers, wizard towers, inferno towers and eagle artilleries. Players can also build walls, which can be upgraded as a player's town hall level increases.

Aside from the game's resources (gold, elixir and dark elixir), the game also uses gems as a currency. Gems may be used primarily to finish the time that certain processes take, such as the remaining time of a building's or a troop's upgrade, or to instantly train an army. Additionally, they can be used to "boost" certain buildings, such as resource productions, heroes, and barracks. Gems may be acquired through in-app purchases, or they may be awarded for reaching certain milestones, completing achievements, or from clearing obstacles, such as trees, mushrooms or gem boxes, which spawn randomly on a player's base. After the May 2017 update, players can get gems from the gem mine in the Builder's Base at a very slow rate.

Clans are groups of players who join together to support each other, either materially (donating troops) or verbally (giving advice). Players can join clans once they rebuild the special Clan Castle building early on. A major component of the gameplay of Clash of Clans is clans facing off against one another in the "clan wars". Clan leaders and co-leaders can begin wars against other clans. Each clan is then given one "preparation day" and one "war day." When a player attacks a member of the opposing clan, they receive stars based upon the amount of destruction they cause to the opponent's community. Each player is limited to two attacks per war, and the team with the most stars at the end of the war day is declared victorious. If the two clans' number of stars are equal, then the victor is the one that has a greater percent of destruction. Players receive bonus war loot if he/she use their attacks in the war. This loot is different on different bases and is decided by Supercell; the top base has the most war bonus loot and the last base has the least amount of bonus loot. If the clan wins the war, the bonus loot is fully delivered to the player but during a loss one-third of the loot is delivered to the player. In the May 2016 update, Friendly Challenges were introduced to allow clanmates to compete amongst other clanmates, however these challenges do not provide loot or trophies and do not affect a player's army.

Builder's Base and PvP Battles

A live replay of gameplay, where a player is attacking another player's village in the builder base
A new update to the game on May 22, 2017 released a new game mode, known as the "Builder Base". Players can sail to a new island and create a new village, with a different set of buildings.[16] In this mode, two players attack each other's bases simultaneously. The one with the most damage or getting more star gets the gold, elixir, and trophies. You can attack only three times at once in 22 hours or you can spend gems for skip the period of time. The progress will be much faster in this base with the introduction of Clock Tower (temporarily speeds the process of upgrading and production) and Gem Mine (spawns gems at a very slow rate).
Development and release


This article uses material from the Wikipedia article Clash of Clans, https://en.wikipedia.org/wiki/Clash_of_Clans, which is released under the Creative Commons Attribution-Share-Alike License 3.0, https://creativecommons.org/licenses/by-sa/3.0/.
Read Full Description
Get This Game 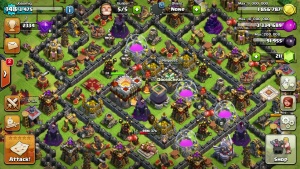 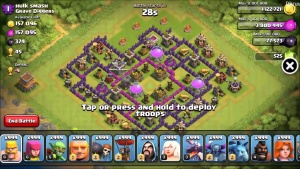 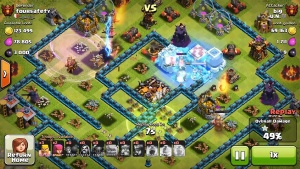 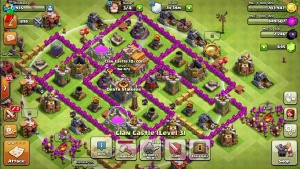 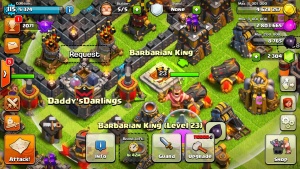 Sky Clash: Lords of Clans 3D
Recommended for you

Clash for Dawn: Guild War
Recommended for you

Clash of Chefs VR
Recommended for you