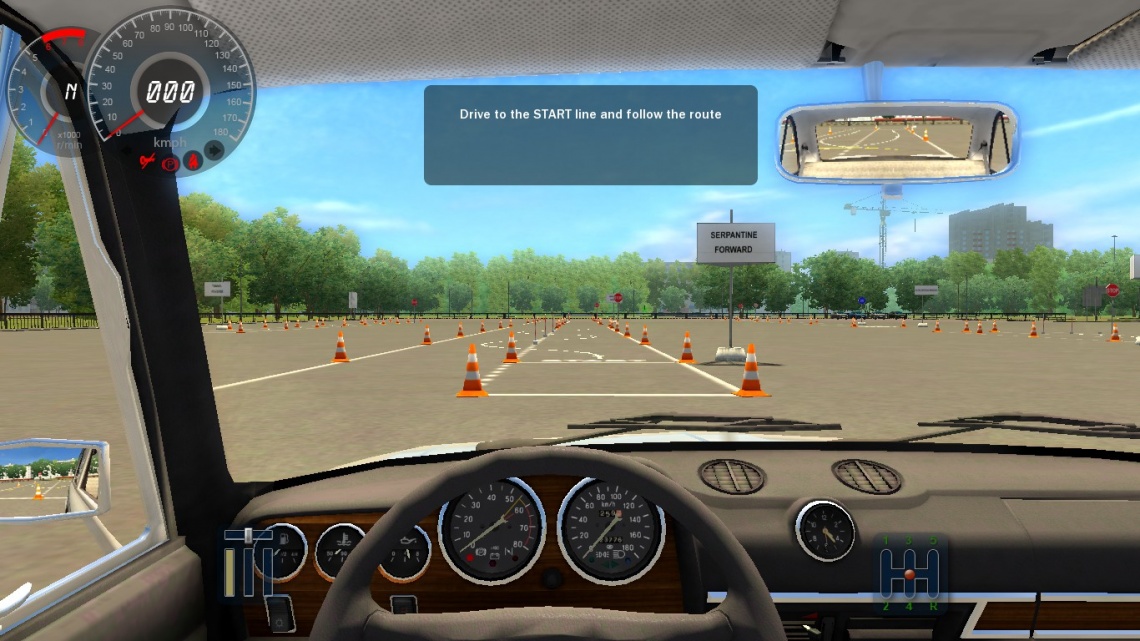 "City Car Driving" is a car simulator game (for non-commercial use), using advanced car physics to achieve a realistic car feeling and a high-quality render engine for graphical realism. Cars, roads, traffic, pedestrians - all of the above are created as to make players feel they're driving a real car in a real city. The 3D files, physics and other specific files of our "City Car Driving" car game are open for modification and allow users to add their own car models into the simulator, modify cars physics, etc. So, you may have a very customizable and expandable simulator.

Support for both US and European traffic rules allows you learn the difference between the traffic rules in different continents. Useful for those who plan traveling around the United States or Europe by car.

Support for both right-handed and left-handed driving modes allows you drive not only under the usual traffic rules, adopted in most countries of the world - on the right side of the road, but also under the rules used for the driving on the left side of the road, as it is for example, in Australia, Japan, UK and some other countries. This feature makes our car simulator a versatile tool, regardless of the country which the user resides in.

Support for both right-handed and left-handed player cars immerse you in unusual driving conditions.

Various time of day and weather conditions allows you feel all the difficulties of driving in harsh weather conditions, such as rain, ice and snow, as well as in conditions of poor visibility at night or in the fog. Winter is designed not only cosmetically (falling snow, snow textures, etc.), but also physically - a road is more slippery in winter.

Sudden dangerous situations helps you feel realistic driving situations. There's generation of such sudden events as: a traffic car drives on the opposite lane or cutting the lane just in front of the player's car, pedestrians crossing the road in wrong places, broken traffic lights, etc.

Random routes in free driving mode make the driving more diverse and interesting. Routes can be defined as without any limitations (set only a destination, and let the navigator pave the best route to it), and be represented as a small mission with a limited penalty scores for traffic rules violations (user can choose what types of violations will be considered - all types of violations or only some types).

2 different virtual cities provide you with huge driving area and include roads, crossings and junctions of various types and complexity, that helps get confidence on the road in any situation. Each virtual city has its own large and indivisible virtual space. It gives you opportunity to drive from one district of the city to other without extra loading screens. City will be rising gradually with add-ons.

Interactive detailed city map will help you not to get lost in a big virtual world. There're also navigator tips while drive along the route.

11 different player cars allows you feel the difference in driving of various vehicle types. All cars have full set of controls, including the sound and light equipment.

24 driving missions of various difficulty level (including some with an opportunity of nonlinear walkthrough) help you train the driving skills in various road situations, and special defensive driving exercises prepare you for the unexpected and extreme situations.

Accurate rules of road control system helps you examine the road situation. And the instructor will give you advices in time of driving.

Advanced physics engine provides with high realism of driving. Maximum speed corresponds to real car prototypes. And a mathematical model of a car engine simulates: friction force, inertia, realistic work of the starter and many other parameters.

Support for both manual and automatic transmission covers drivers of all type of vehicles. Transmission operates realistic and has all the relevant modes.

Smart traffic AI not always follows the rules as in life. Traffic cars are physical, they're able to collide with player's car or with each other. Traffic density and its "aggression" can be adjusted in the game settings.

Trams participate in road traffic on a par with cars. The virtual city has several tramways. Driver should be more careful near them.

Pedestrians look like alive and behave accordingly, sometimes crossing the road in the wrong places. The virtual city has lots of supervised and unsupervised crosswalks used by pedestrians. Pedestrian density also can be adjusted in the game settings.

High-quality graphics is confirmed by the screenshots. Cars have shadows, highlights, reflections. Road becomes wet and greasy after rain. Asphalt is very realistic. You can see the screenshots here.

Damage. All cars get visible damage, when collide.

Sound effects are realistic and improve immersing in the driving process. There are such effects as the sound of the slipping wheels, etc.

Easy-to-use controls are intuitive, and the wide range of supported devices allows you use a keyboard, mouse, racing wheel, gamepad, joystick or multiple controllers simultaneously. And controlling of the driver's sight with the mouse allows you track the dead zones even while not having of more advanced peripherals.

Oculus Rift support brings the realism of driving to a whole new level, completely immersing you in the virtual reality.

TrackIR support makes the looking around much easier. The owners of this device can enjoy all the pleasures of its use.

Mirror adjustment allows you to set the optimum viewing angle as well as enhances the realism.

Third-party mods support allows you modding of the game and add almost any new car. There're also other mods available at our forum, such as: tuning of the physics, road signs, license plates, etc. But you should be careful because correct program operation with any third-party mod installed is not guaranteed!
Read Full Description
Get This Game 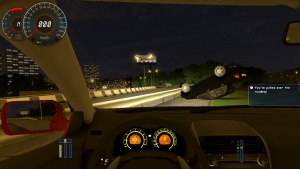 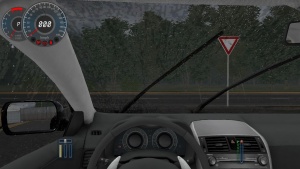 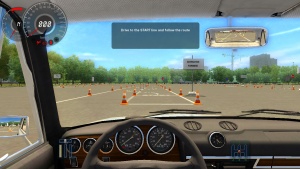 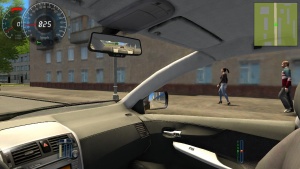 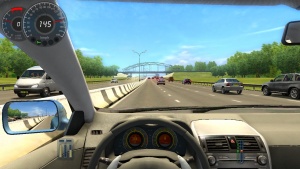 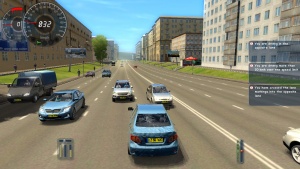