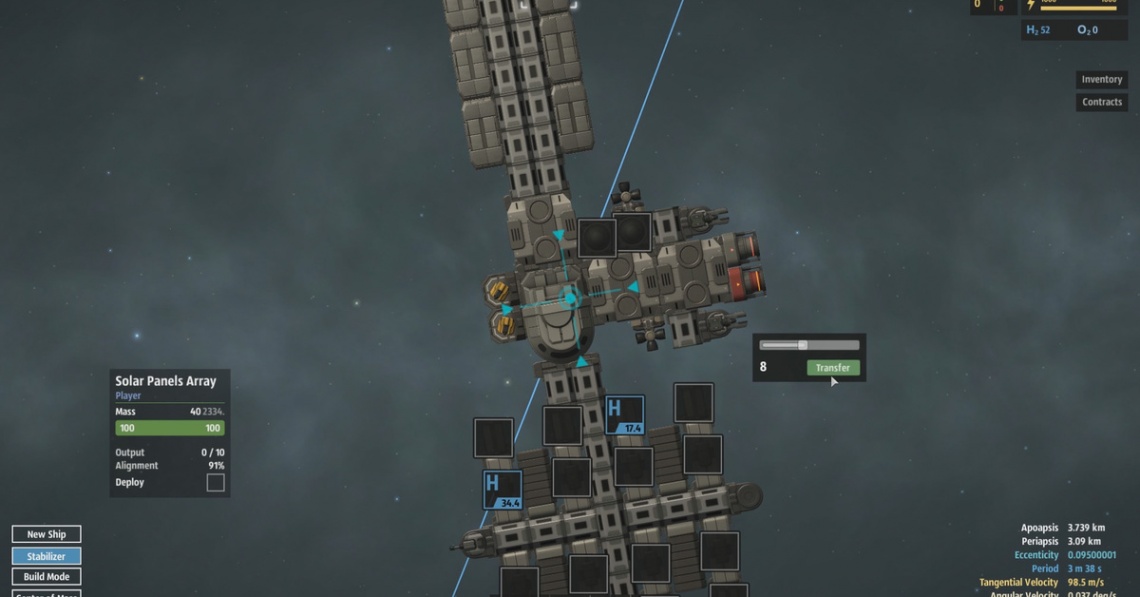 The world of the game works based on simplified orbital mechanics. Everything in state of constant orbital motion. Perform orbital maneuvers and keep your space ships on stable orbits to prevent crashing on a planet or loosing ship in deep space.
The physics simulates in 2D space, this makes flying and navigation enjoyable and easy but also generates a lot of interesting situations due physical collisions which are more often in 2D space than in 3D.

You can build your own ship part by part. Each part of the ship is individual, it has own functions and parameters. Therefore, abilities of your ship are completely dependent on the modules from which it is assembled. You can build small explorers, large industrial ships, carriers, defense satellites or whatever you want. Each module can be detached or attached to the ship right on the fly, which allows to transform your ship using found modules.

All resources of the ship are limited. Including fuel, energy, ammo and construction materials, so store them and use them wisely.

You are not bound to a single ship. You can build as many ships and space stations as you want. And you can switch control between them anytime. Also it is possible to control your ships not only directly, but also giving movement orders.

Explore a procedural world filled with planets, asteroids, space stations and other things. The world of the game is completely seamless, you can zoom out from your ship to the entire star system.

Survey asteroids for useful resources, extract it from planets or salvage wreckage of defeated enemies. 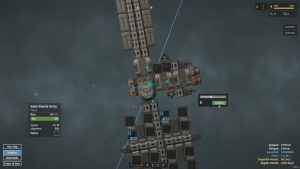 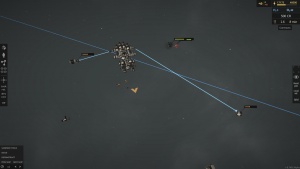