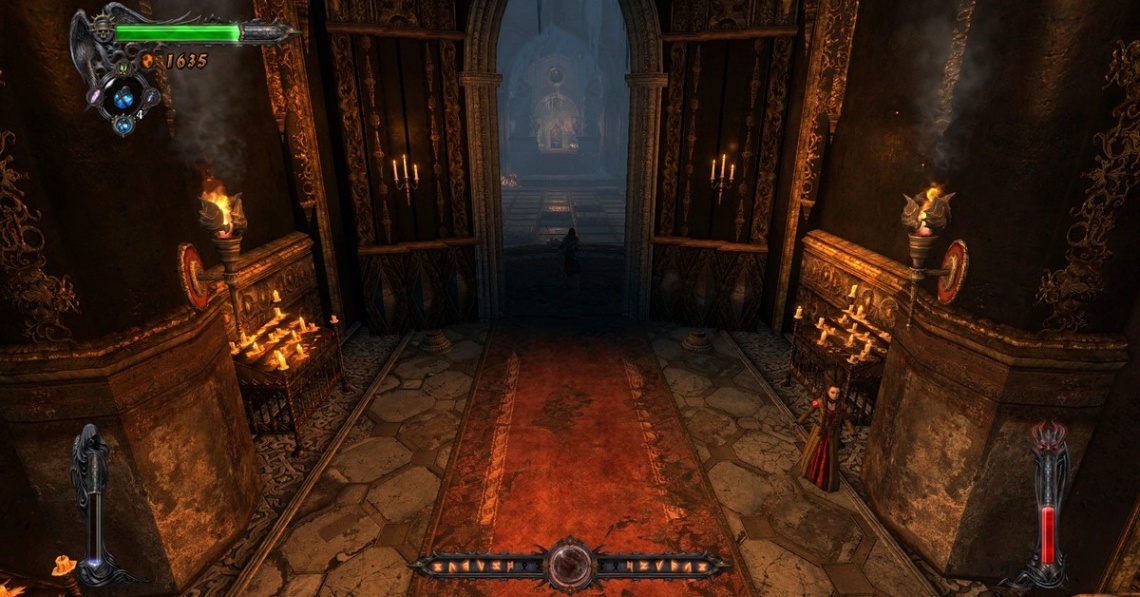 action
adventure
Release: 2014
Lords of Shadow is a third-person action-adventure game in which the player controls the main character, Gabriel Belmont.[6][7][8] The combat involves a retractable chain whip called the Combat Cross. The player can perform up to forty unlockable combos with it.[7] The commands consist of direct attacks for dealing damage to single enemies, and weak area attacks when surrounded by them. It is also capable of interactions with secondary weapons, such as knives, holy water and other items which can be upgraded.[7] In addition, the Combat Cross's melee skills can be combined with the Light and Shadow magic system, which are spells aimed at defense and aggression, respectively.[7][9] The whip is upgradeable[9] and can also be used to guard against an opponent's attack.[7]
The developers attempted to reach out to new audiences by distancing Lords of Shadow from previous Castlevania games, but kept some elements intact to not alienate franchise fans.[10] For example, vampires and werewolves are recurring enemies in the game, but other existing enemies include trolls, giant spiders and goblin-like creatures. The enemies can be defeated for experience points, which can be used to purchase combos or to augment the player's abilities further.[11] Lords of Shadow has large-scale bosses known as titans. The Combat Cross can be used to grapple onto their bodies and navigate them, and break the runes that animate the titan.[7][10]
Similar to the original Castlevania titles, platforming and puzzles are a key component and are featured in fifty levels.[6][7] The player can control Gabriel to jump most distances, dash or hold his balance above fatal pits.[7] The Combat Cross can be used for exploration purposes like scaling walls, rappelling and swinging across gaps.[12] Some sequences of the game require the player to solve physical puzzles or brain teasers. Alternatively, moving certain objects can set off chain reactions and open paths to new areas. Activating switches can also assist against traps.[7] The player can explore the levels in order to find hidden items, which can increase health or magic abilities. These items are "gems"; there are three types, including life gems, light gems and dark gems. These can increase life endurance, light magical ability and dark magical ability, respectively.[7][11] 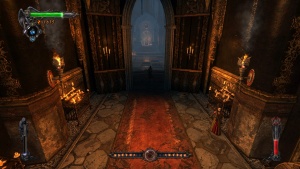 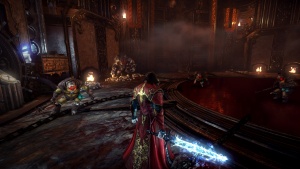