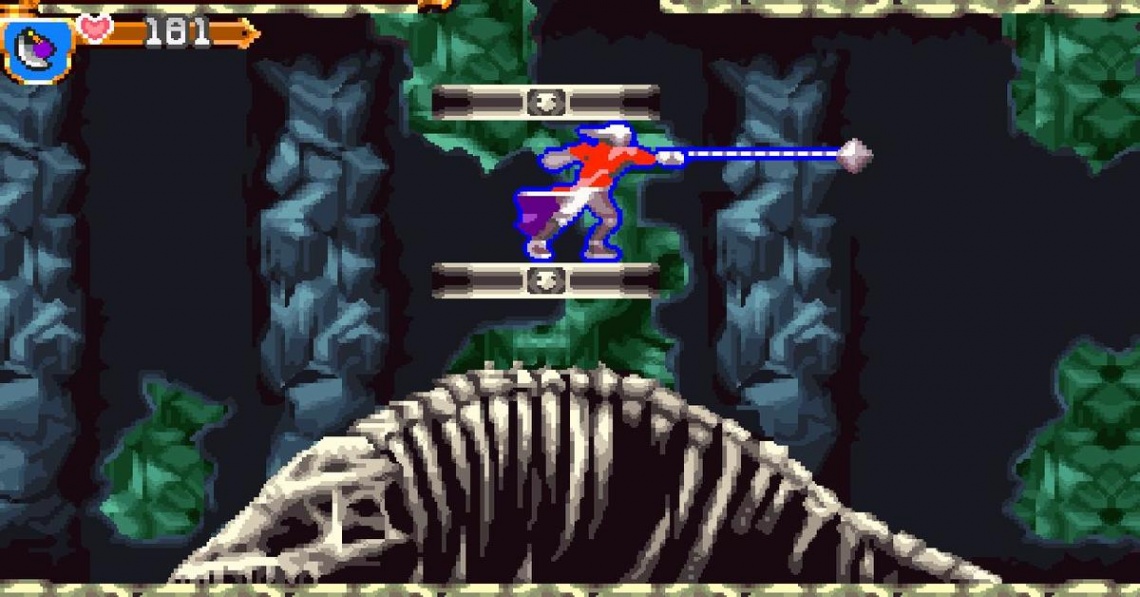 2d
action
adventure
rpg
single player
Release: 2015
Harmony of Dissonance makes use of a 2D side-scrolling style of gameplay, similar to many of the previous Castlevania video games. The objective of the game is to lead the player-character, Juste Belmont, through the monster-filled castle as he searches for his kidnapped friend. The castle consists of two "layers": Castle A and B. Structurally, each castle has mostly the same room layout, but monster types, items, and other aspects vary between the two versions. Later, the player can use special warp rooms that can teleport Juste to other castle rooms and between castles. The two castles share a connection; for example, the destruction of a wall in one castle can cause a change in the other. The game further divides the castle into various, named areas: the Shrine of the Apostates, for example. Relics and keys found within the castle allow Juste to reach previously inaccessible areas. Harmony of Dissonance makes use of the forward dash move, which causes Juste to move forward with a short burst of speed. Unique to Harmony of Dissonance is the ability to collect furniture and collectables to furnish a bare room that Juste finds in the castle. This, under certain circumstances, does affect the ending. 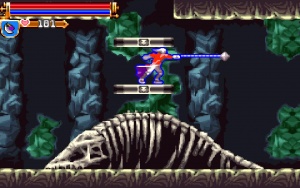 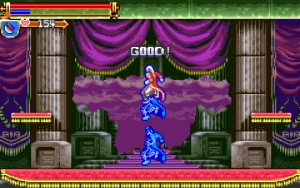