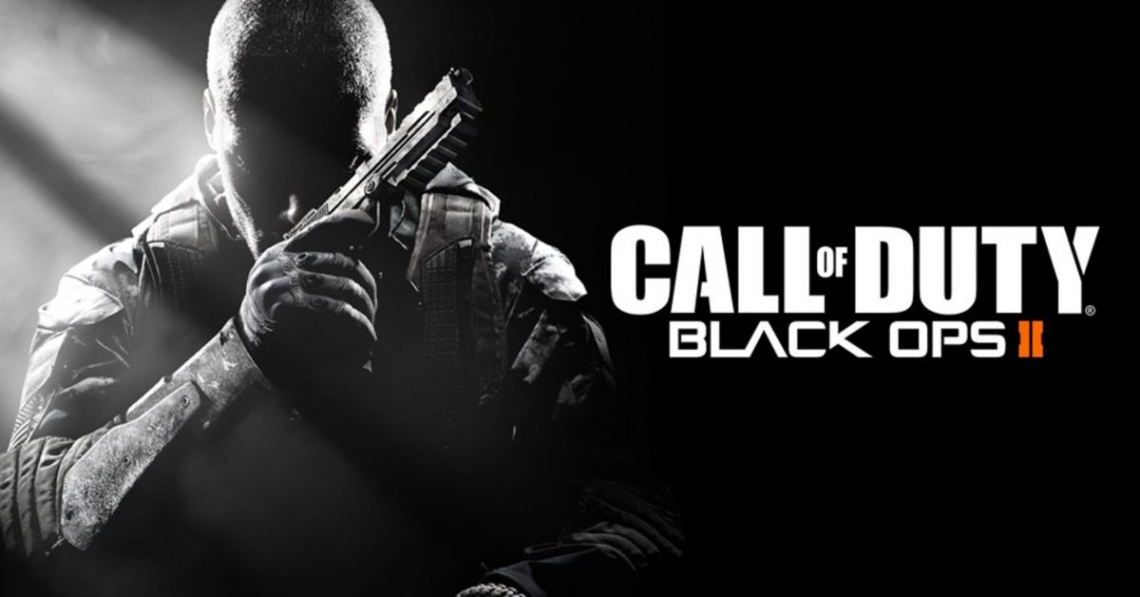 Black Ops II is the first Call of Duty video game to feature branching storylines, in which the player's choice affects both the current mission and in turn, the overall course of the story. Known as "Strike Force missions", these branching storylines appear during the 2025 storyline and feature permanent death. The success or failure of these missions can have ramifications for the wider campaign storyline. Choosing one of the missions locks out the others unless the player begins a fresh campaign.
Strike Force missions allow the player to control a number of different war assets, such as unmanned aerial vehicles, jet fighters and robots. If the player dies in a Strike Force mission, the campaign continues recording that loss, as opposed to letting the player load a previously saved checkpoint. The player's progress in the Strike Force missions may go on to change even the plans of the story's antagonist, Raul Menendez. By the end of the game, the player may have changed the results of the new Cold War.
Similarly, in the main story missions, there are certain points where the player is given different choices and paths to progress, which could have an effect on the gameplay, as well as the story. Black Ops II is also the first game in the series to allow the player to customize their loadout before beginning a mission, creating freedom in choosing how to approach a mission.

Multiplayer
One of the biggest changes added to multiplayer in Black Ops II is the introduction of Pick 10, a new system within the Create-a-Class menu. Pick 10 gives the player a total of 10 allocation slots in a class, which are used for guns, perks, grenades, etc... The player can choose to allocate the slots however they like, to either have more attachments for a gun, or more perks.
Killstreaks from previous Call of Duty games are renamed as Scorestreaks, which are now earned by gaining points, rather than kills. This allows the player to focus on objective modes, which also earn points towards Scorestreaks.
Unlike past games, weapons in Black Ops II have a progression system, which is used to unlock weapon attachments. After maxing out a weapon's level, the player can choose to "prestige" the gun, similar to how they can prestige the player level, and reset their attachment progress. In exchange, the player can customize their weapons with custom clan tags and emblems.
Black Ops II is also the first Call of Duty game to include a competitive mode. Known as League Play, the mode allows players of similar skill level to be matched together, and play according to the rules of Major League Gaming.

Zombies
Treyarch confirmed that the Zombies mode would return for Black Ops II with new game modes. Its predecessors were Call of Duty: World at War and Call of Duty: Black Ops. This is the third time for the Zombies mode to appear in a Call of Duty game, and the first time to have game modes other than the traditional Survival mode. Treyarch also confirmed that Zombies would run on the game's multiplayer engine, allowing for a deeper community experience, along with new features. A new, 8 player co-op game called "Grief" is also supported, featuring 2 teams of 4 players competing to survive, unlike Call of Duty: World at War and Call of Duty: Black Ops, which only supported 4 player online co-op. As with the previous game, each map contains "Easter eggs" side quests, which is used to progress the story. Another form of Zombies mode is called TranZit, in which up to 4 players travel around different maps and collect information that would show the players what lies ahead of what they are willing to discover.


This article uses material from the Wikipedia article Call of Duty: Black Ops II, https://en.wikipedia.org/wiki/Call_of_Duty:_Black_Ops_II, which is released under the Creative Commons Attribution-Share-Alike License 3.0, https://creativecommons.org/licenses/by-sa/3.0/.
Read Full Description
Get This Game 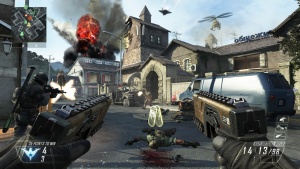 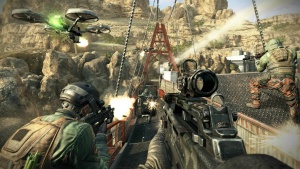 Call of Duty® 2
Recommended for you
Browse Games