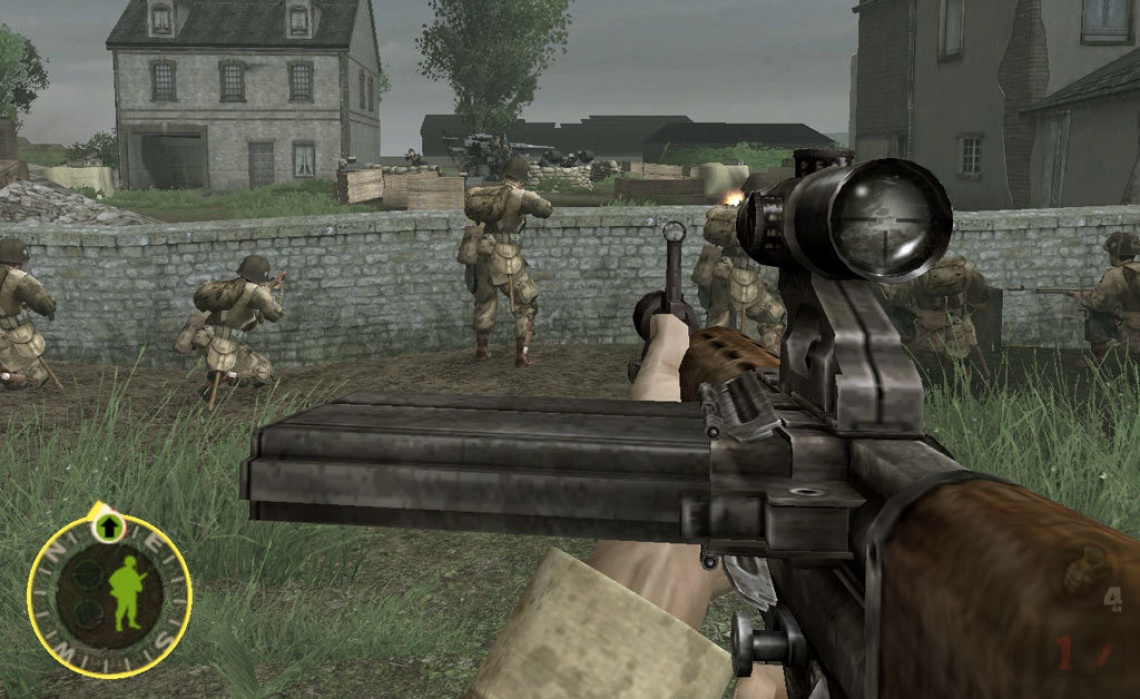 Brothers in Arms: Earned in Blood™

action
fps
shooter
single player
strategy
Release: 2005
The gameplay in Earned in Blood is similar to Brothers in Arms: Road to Hill 30. The player usually assumes command of two teams of paratroopers to use the Four Fs—Find, Fix, Flank, and Finish—tactic against the enemy. The game discourages the use of solo run 'n' gun tactics by limiting the player's ability to aim, by decreasing the player's health, and by placing large numbers of enemies behind cover. To successfully complete a mission, the player has to study the layout of the battlefield, fix/suppress the enemy with overwhelming suppressive fire with one team (usually the fire team), and direct another team (usually the assault team) to flank the enemy by sneaking to the side or rear of the enemy to finish them off.
In Earned in Blood, the enemy will constantly reposition himself according to the player's action, regardless of danger. This change makes stealth and distraction important considerations when the player is attempting to flank the enemy. At the same time, new tactics such as forcing the enemy into kill zones is possible with the new AI system. The new enemy AI allows the player to be attacked more frequently than in Road to Hill 30. Also it is not possible to destroy a tank with a grenade unless the hatch soldier is killed.
Read Full Description
Save & Play Game Later
Images & Video 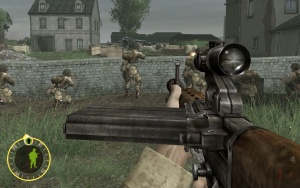 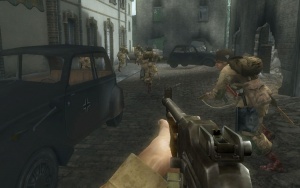