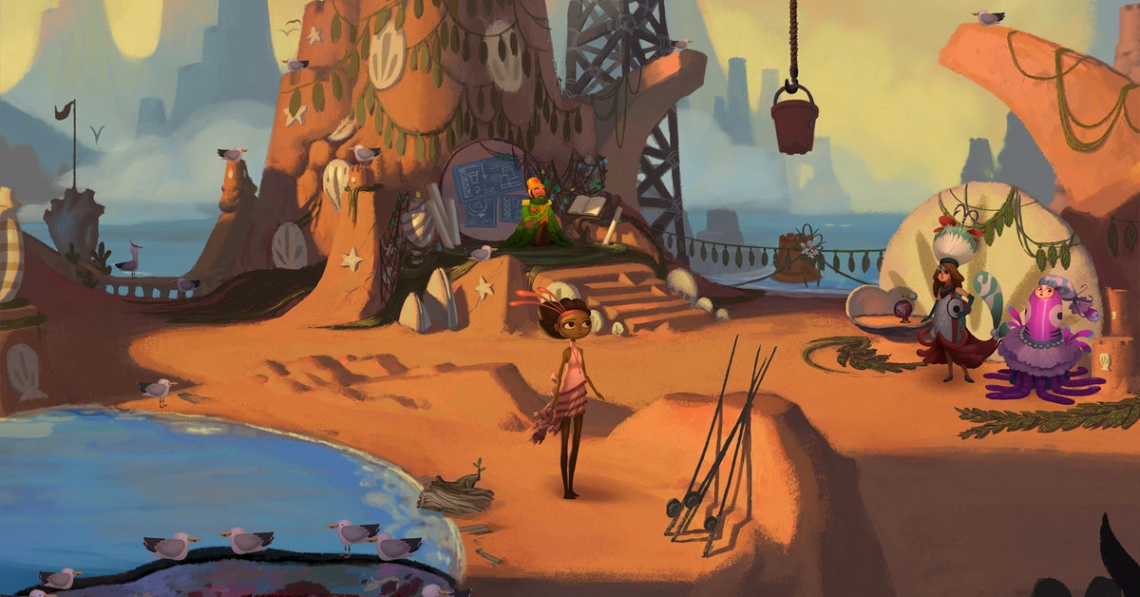 2d
adventure
comedy
indie
puzzle
sci-fi
single player
Release: 2015
Broken Age is a point-and-click adventure game, where the player-controlled character can be directed to move about the screen, examine objects, and talk to non-player characters to learn more about the game world. The game features two playable characters, each located in separate worlds; the player can switch from one character to the other via the game's interface at any time, but otherwise these characters do not interact in any direct way. The game employs context-sensitive actions instead of using verb lists as early adventure games would use, as Schafer stated that in essence, "there really was always one verb, which was 'interact with'" and opted with the more modern approach. Each character has separate item inventories as they collect objects; items can then be used by dragging them onto context-sensitive areas on the screen or combined with other inventory items. 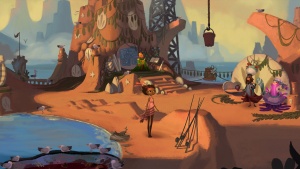 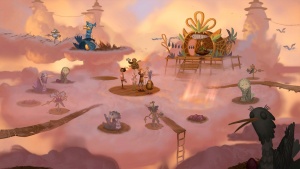