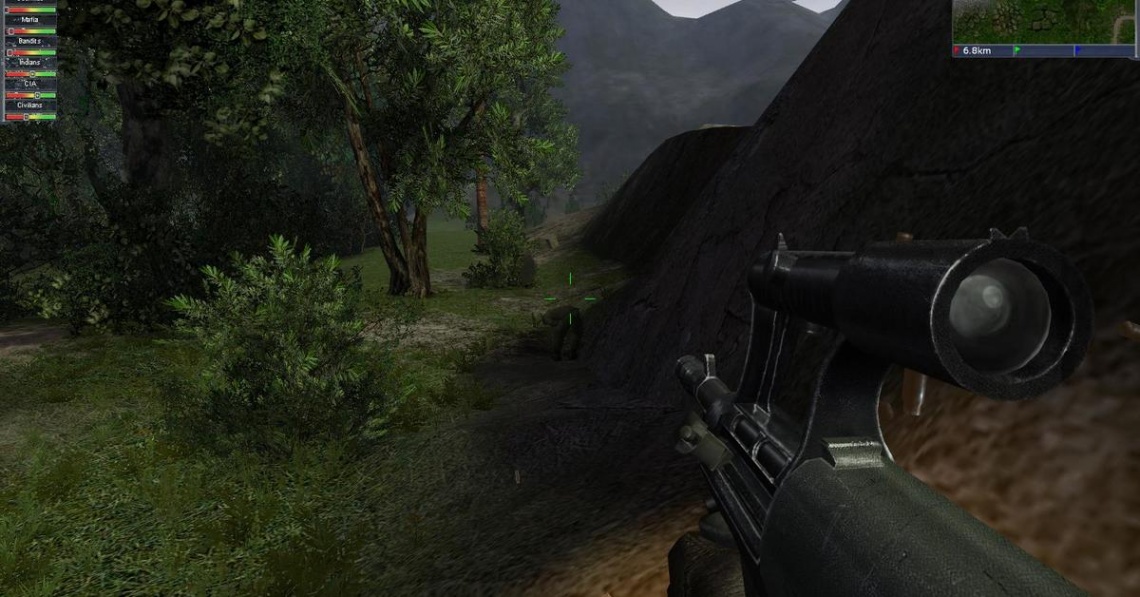 action
fps
shooter
Release: 2005
The game is set in a Realian valley, an undivided 25x25km (625 km2) map. There are no in-game loading screens or level transitions. The geography of the valley itself is tropical jungle. There are two primary cities: Puerto Sombra in the west, which is in the hands of the local government, and Pueblo Faro in the east, which is held by communist insurgents (see: Factions). Scattered throughout the rest of the valley are various bases, plantations, villages, and estates. Due to the large size of the game world there are several modes of transportation available: cars, trucks, tanks, planes, helicopters, and boats.

Gameplay is a hybrid of FPS and RPG mechanics. Character advancement is skill-based, with specific skills either being enhanced through practice, or atrophied via disuse. The list of skills is limited, and is constructed of weapon proficiencies and physical ability. However, killing everything in sight is not the goal of the game. Saul Myers' goal is to find his daughter, so he will need to talk to many people to gather the necessary information to unravel the mystery of her disappearance. Much of this information can only be purchased with the Realian currency, and the primary means of generating income is by completing missions for the game's various factions.

There are no predefined enemies in the game except for hostile animals such as snakes and jaguars in the wilderness. There are many NPCs, with almost all of them being neutral at the start. There are six factions in the game: the Realian government, the communist guerrillas, the mafia, local Indian tribes, unaffiliated bandits, and an American CIA presence. Civilians are also considered a faction for the purposes of calculating Myers' "reputation", which is variable and dynamic. Completing missions for a faction's rivals will lower Myers' reputation with them, and hostile factions will shoot on sight. There are, however, methods of repairing Myer's reputation.

This article uses material from the Wikipedia article Boiling Point: Road to Hell, https://en.wikipedia.org/wiki/Boiling_Point:_Road_to_Hell, which is released under the Creative Commons Attribution-Share-Alike License 3.0, https://creativecommons.org/licenses/by-sa/3.0/.
Read Full Description
Get This Game 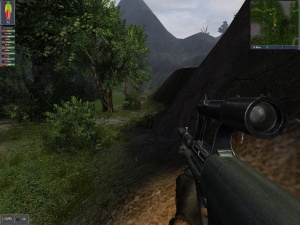 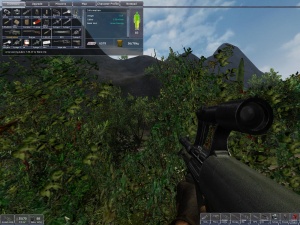