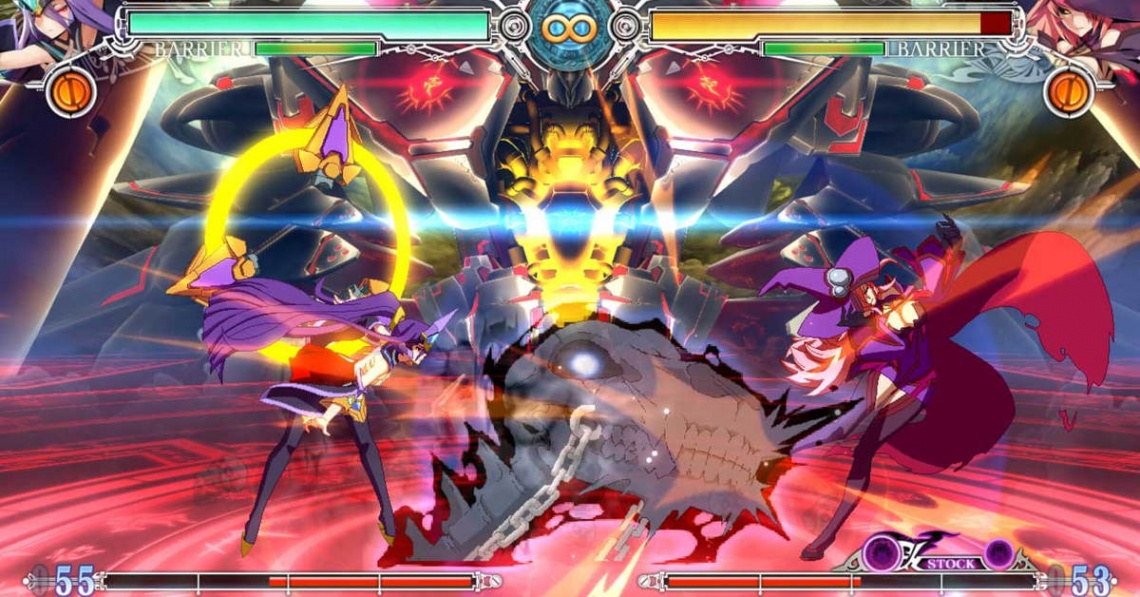 2d
fighting
multiplayer
single player
strategy
Release: 2017
Following the gameplay from BlazBlue Chrono Phantasma Extend, there are additional changes and new mechanics. The changes are the Overdrive activation is now having its duration is shown under the Burst Gauge in the form of a countdown timer (which counts seconds and split-seconds); The characters' portrait near the health bar shakes when taking damages; and character's emblem appears at each character side when the phrase "The Wheel of Fate is Turning" shows when the first Rebel starts. The new gameplay mechanics are Exceed Accel, a special type of Distortion Drive, which is executed a same input as Overdrive activation by holding it during Overdrive activation, or pressing it, begins with the character performing a specific attack in their move-set, and once it connects the rest of the background shatters away into the Overdrive background effect when the attack is performed. It dishes large damage, but immediately ends Overdrive; and Active Flow, which acts as the opposite of Negative Penalty status. A character that fights offensively goes into an Active Flow, which boosts damage and recovery of the Burst Gauge. Active Flow also increases the damage of Exceed Accel (for some it may add extra effects and animations). When a character enters Active Flow, his/her emblem on the health bar becomes purple pink. The purple pink color itself is also shown surrounding the Overdrive Gauge, when a character is close to entering Active Flow.


This article uses material from the Wikipedia article BlazBlue: Central Fiction
https://en.wikipedia.org/wiki/BlazBlue:_Central_Fiction which is released under the Creative Commons Attribution-Share-Alike License 3.0, https://creativecommons.org/licenses/by-sa/3.0/.
Read Full Description
Get This Game 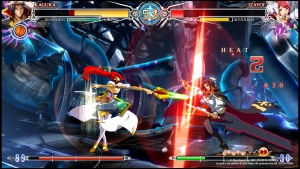 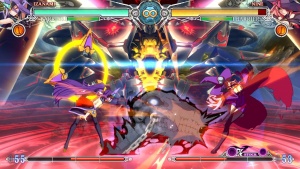 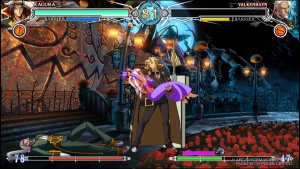 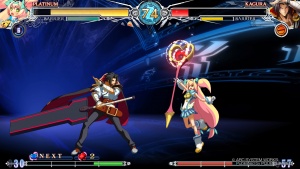 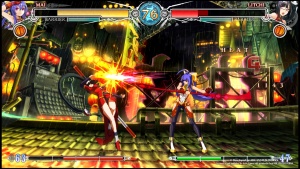