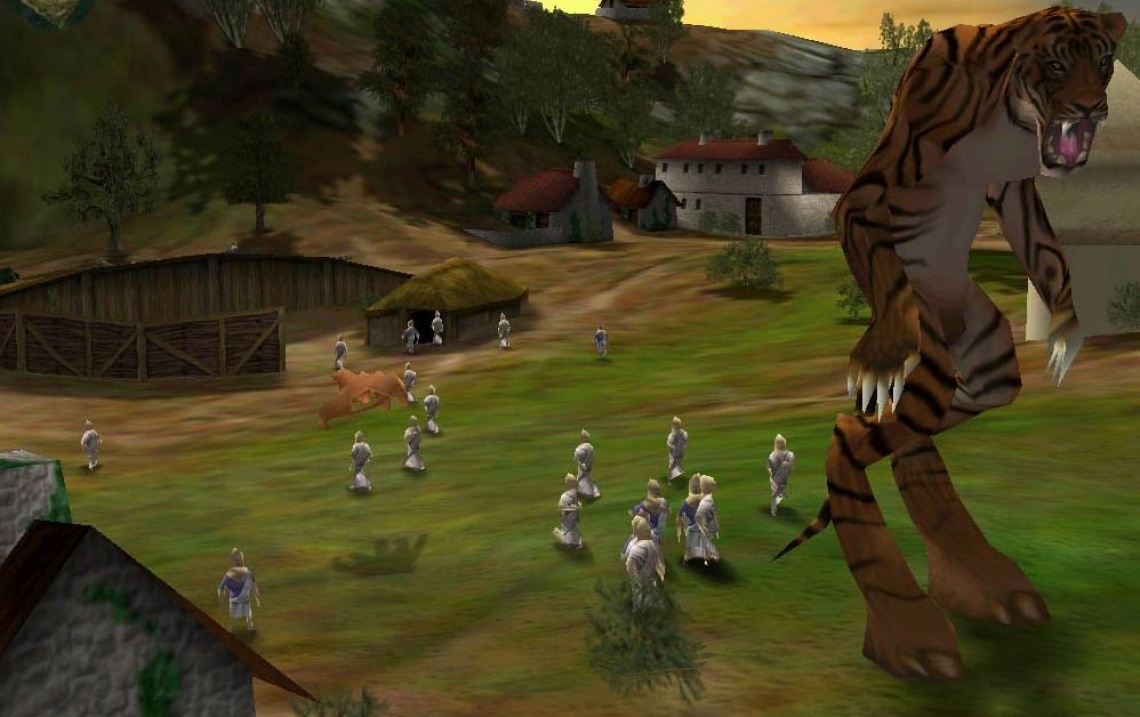 action
multiplayer
simulation
single player
strategy
Release: 2001
The player takes on the role of a God ruling over an island populated by various tribes. The player interacts with the environment via a animated, on-screen hand, that is used to throw people and objects, tap houses to wake their occupants, cast miracles, and perform other actions. Key items in the story are gold and silver scrolls. Gold scrolls initiate a significant event, and silver ones a minor task to perform for a reward.
Nearly every action (or lack thereof) affects how the player is judged by their followers: the player may be seen as a good god, an evil one, or in-between the two. The land, interface (including the hand), and music change according to that alignment. A good god's temple is brightly coloured, while an evil god's is designed to look intimidating. It is not necessary to consistently perform acts of either alignment and a mixture of the two can be used to stay neutral. The player has two advisors, one good and the other evil, who try to persuade the player to do things their according to their alignment.
Read Full Description
Save & Play Game Later
Images & Video 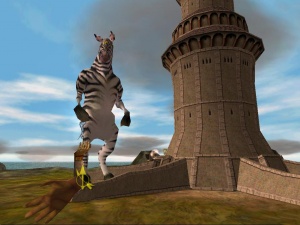 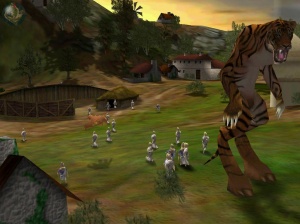 Ben 10
Recommended for you