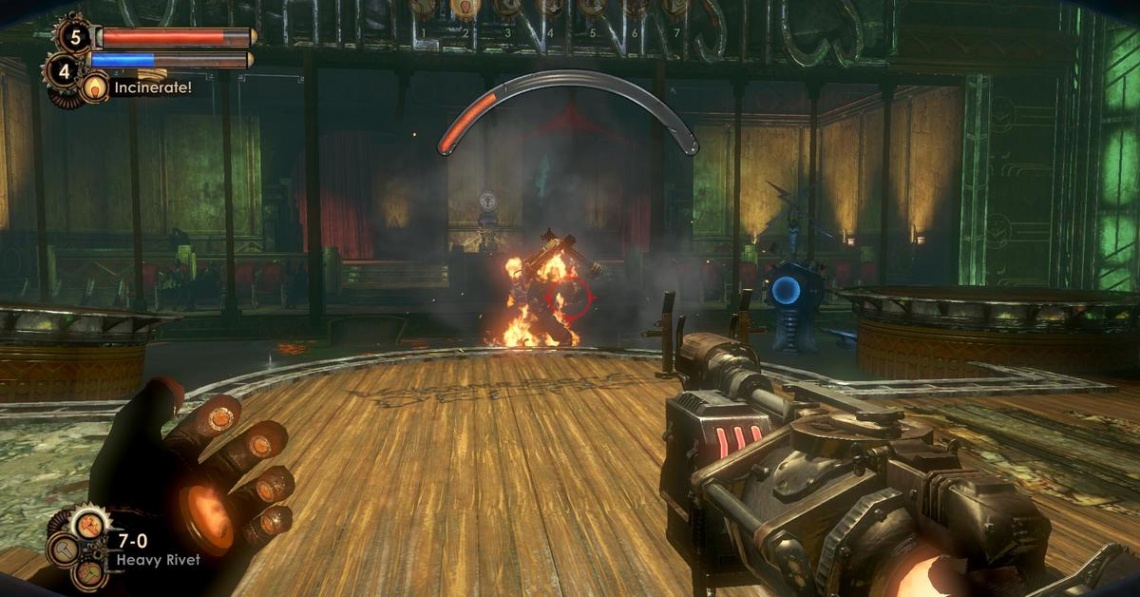 action
adventure
classic
fps
horror
rpg
sci-fi
shooter
single player
Release: 2007
BioShock is a first-person shooter with role-playing game customization and stealth elements, and is similar to System Shock 2. The player takes the role of Jack as he is guided through Rapture towards various objectives. The player collects various weapons and plasmids as they work their way through enemy forces. The player can switch between one active weapon and one active plasmid at any time, allowing them to find combination attacks that can be effective against certain enemies, such as first shocking a Splicer then striking them down with a wrench. Weapons are limited by ammunition that the player collects; many weapons have secondary ammo types that can be used instead for additional benefits, such as bullets that inflict fire damage. Plasmid use consumes a serum called EVE which can be restored using EVE syringes collected by the player.[26] The player has a health meter that decreases when they take damage. The player can restore their health with medical packs found throughout Rapture. If the player's health reduces to zero, they will be regenerated at the last Vita-Chamber that they passed with limited amounts of health and EVE. A patch for the game allows players to disable these Vita-Chambers, requiring players to restart a saved game if the character dies.[27]
The game provides several options for players to face challenges. In addition to direct combat, the player can use plasmids to lure enemies into traps or to turn enemies against each other, or employ stealth tactics to avoid detection by hostiles including the security systems and turrets.[28] The player can hack into any of Rapture's automated systems; the hacking process is done via a mini-game similar to Pipe Mania where the player must connect two points on opposite sides of a grid with a limited set of piping within a fixed amount of time, with failure to complete in time costing health and potentially sounding alarms.[29][30] Early in the game, the player is given a research camera; by taking photographs of enemies, the player will cumulatively gain knowledge about the individual foes which translates into attack boosts and other benefits when facing that enemy type in the future.[31]
The player collects money by exploring Rapture and from the bodies of defeated foes; this money can be used at vending machines to restock on ammunition, health and EVE, and other items; like security cameras, vending machines can also be hacked to reduce the costs of items from it.[30] The player will also receive rewards in the form of ADAM from completing some tasks, as well as from either saving or killing the Little Sisters after defeating their Big Daddy guardian. ADAM is used to purchase new plasmids from Gatherer's Garden machines scattered around Rapture.[32] In addition to plasmids, the player will also collect and buy tonics that provide passive bonuses, such as increasing Jack's strength, using EVE more efficiently, or making Jack more resistant to damage. The player can only have a limited number of plasmids and tonics active at any time, and can swap between the various plasmids and tonics at certain stations located throughout Rapture.[13]


This article uses material from the Wikipedia article BioShock, https://en.wikipedia.org/wiki/BioShock, which is released under the Creative Commons Attribution-Share-Alike License 3.0, https://creativecommons.org/licenses/by-sa/3.0/.
Read Full Description
Get This Game 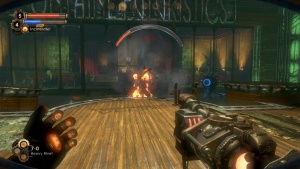 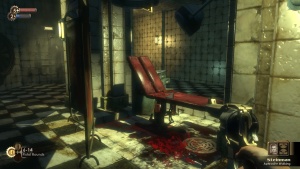