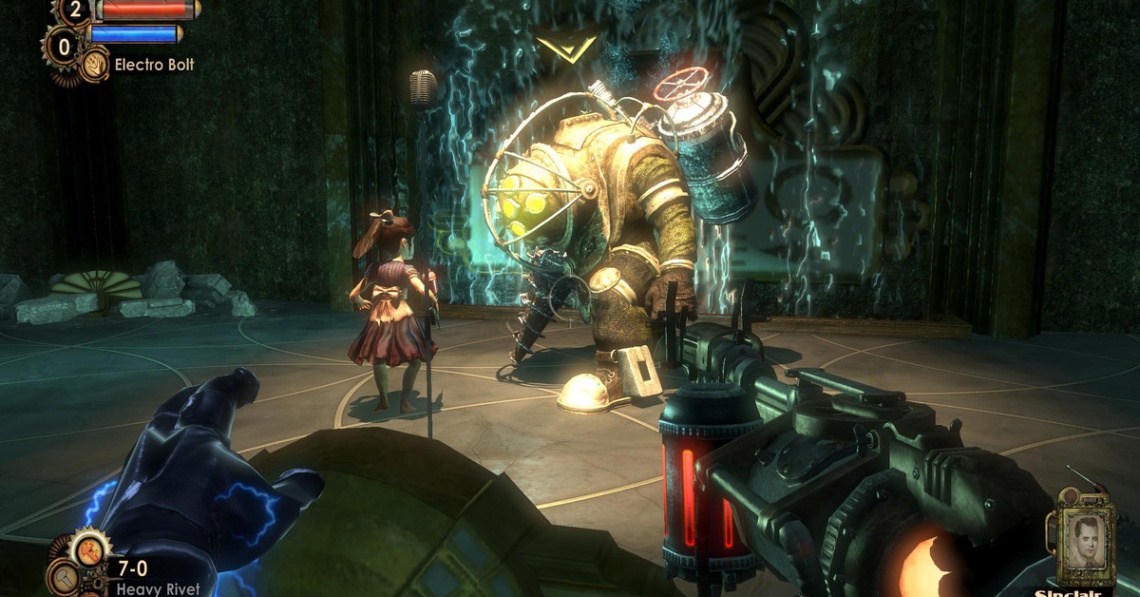 action
adventure
fps
horror
multiplayer
open world
rpg
sci-fi
shooter
single player
Release: 2010
BioShock 2 is presented as a first-person shooter, with the player taking on the role of Subject Delta, a prototype for the Big Daddies 8 years after the events of the first game.[3] As in BioShock, the player explores Rapture and fights off splicers, the remaining psychotic human population of the undersea city, using a combination of the environment, weapons, plasmids, and tonics.[4] Plasmids and tonics are special genetic-reencoding liquids that grant the user active or passive abilities, respectively, and include many of those introduced in BioShock as well as new ones.[5] For example, plasmids can give the player the ability to use telekinesis or to invoke fire,[6] while tonics can improve the player's movement speed, attack damage, or damage resistance. Several of the weapons in BioShock 2 were previously seen carried by Big Daddies in the first game, including a powerful drill and a rivet gun. The player can use each weapon in a close-range melee attack, unlike in the first game, and is able to equip a weapon and a plasmid at the same time, which they can use in quick succession to destroy enemies. For example, the player might freeze a foe using a plasmid then shatter it using a spear gun. If the player is killed, they are revived in the nearest "vita-chamber."[7]
As the player explores Rapture, he will collect ammo, health, recovery items, money and EVE (a liquid used to power plasmid use). Money can be used to purchase more items at vending machines scattered around the city.[8] The player will also encounter security systems which can be hacked through a mini-game; this requires the player to stop a quick-moving needle one or more times in the correctly colored areas of a gauge.[9] Stopping it within a green area progresses the sequence or potentially ends it; stopping in a blue area may grant a bonus to the hacking result, landing in a white area shocks the player (dealing a small amount of damage); and landing in a red area causes a security alert.[10] The player also gains access to a research video camera. In BioShock 2, once the player begins recording an enemy, the player has a short time to damage that enemy in creative ways in order to score a number of points, which are then added towards the total research points of that enemy type.[11] At various levels of research, the player is rewarded with new abilities. Certain areas of the game take place entirely underwater, limiting the actions the player can perform.[12]
As a Big Daddy, the player can attempt to defeat other Big Daddies who are themselves escorting Little Sisters. Should the player succeed, they can then choose to either harvest or adopt the Little Sister. While adopted, the Little Sister can lead the player to corpses from whom she can extract more ADAM. While she does this, the player must defend her from splicer attacks and other foes. Once the Little Sister has collected enough ADAM, the player can then return her to an escape vent, where the player must choose to either rescue or harvest the Little Sister. Rescuing her gives the player a modest amount of ADAM but also the possibility of beneficial gifts later; harvesting her yields a large ADAM boost.[13] ADAM can then be spent at Gatherer's Garden machines throughout Rapture to buy new plasmids, gene tonics, slots, or health/eve upgrades. Once the player has either rescued or harvested each of the Little Sisters on the level, the player will be attacked by a Big Sister. The Big Sister's agility and resourcefulness will task the player with a difficult fight before the player can proceed further in the game.[12]


This article uses material from the Wikipedia article BioShock 2, https://en.wikipedia.org/wiki/BioShock_2, which is released under the Creative Commons Attribution-Share-Alike License 3.0, https://creativecommons.org/licenses/by-sa/3.0/.
Read Full Description
Get This Game 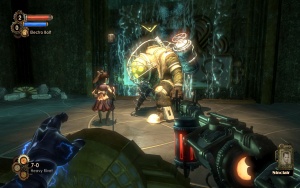 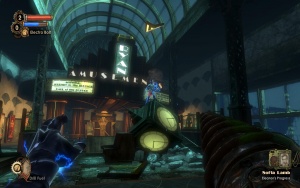