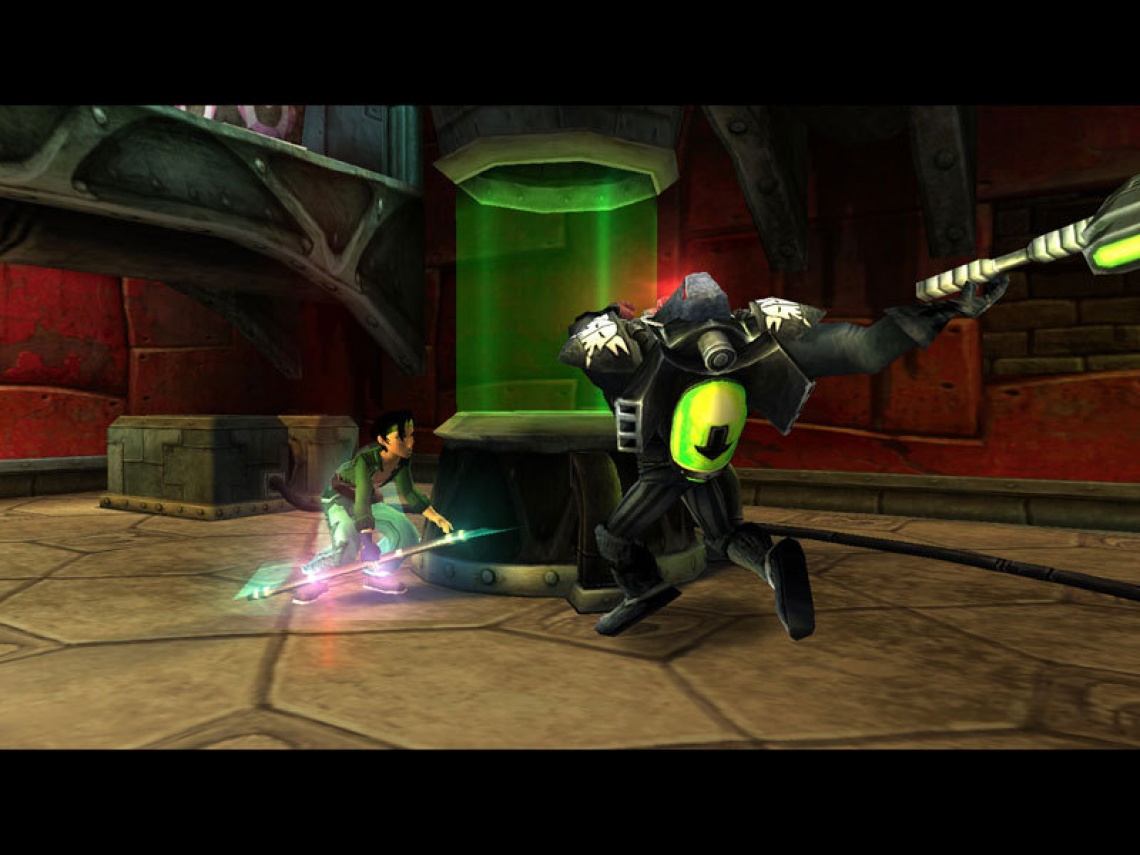 Beyond Good and Evil

action
adventure
Release: 2003
Beyond Good & Evil is an action-adventure game with elements of puzzle-solving and stealth-based games.[4] The player controls the protagonist, Jade, from a third-person perspective. Jade can run, move stealthily, jump over obstacles and pits, climb ladders, push or bash doors and objects, and flatten herself against walls.[5] As Jade, the player investigates a number of installations in search of the truth about a war with an alien threat.[4]
In the game's interior spaces, the player solves puzzles and makes their way past enemies in order to reach areas containing photographic evidence.[4] Jade's main tools are her Daï-jo combat staff (a melee weapon), discs for attacking at range, and a camera.[6] Jade's health, represented by hearts, decreases when hit by enemy attacks. It can be restored using fictional food items and can be increased beyond the maximum with "PA-1s" that, when held by Jade or her companions, increases their life gauge by one heart.[7] If Jade's health is depleted, the game will restart at the last checkpoint. Certain stealth segments later in the game automatically kill Jade if she is detected.
At times, it is only possible to advance in the game with the help of other characters. These characters are computer-controlled, and players direct them via contextual commands.[4] For example, the player can order them to perform a "super attack", either pounding the ground to bounce enemies into the air, allowing the player to hit them from long distances, or knocking them off balance, making them vulnerable to attack.[8] These allies possess a health bar and are incapacitated if it is depleted. Jade can share some of her items, such as PA-1s, with these characters.
In addition to obtaining evidence and completing assignments, Jade's camera can take pictures of animal species in exchange for currency, and scan objects to reveal more information about the environment.[6] When the "Gyrodisk Glove" is obtained, Jade can attack enemies or activate devices from a distance by using the camera interface.[9] There are also various minigames and sub-missions offered by NPCs scattered throughout the world.[10]
A hovercraft is used to travel around the world, and also used for racing and in other minigames.[11] Later, the spaceship Beluga is acquired. The hovercraft can dock with the spaceship. Both vehicles require upgrades in order to reach new areas and progress through the game. Upgrades are purchased using pearls that are collected throughout the game, by completing missions, exploring areas, filling in the animal directory or by trading credits for them. The vehicles have a boost ability, and can be repaired using a "Repair Pod" if damaged by enemies.[12] 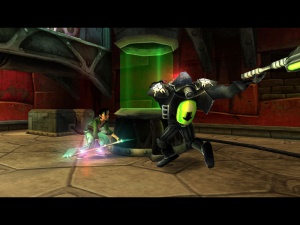 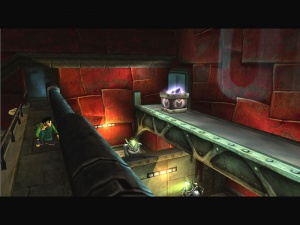