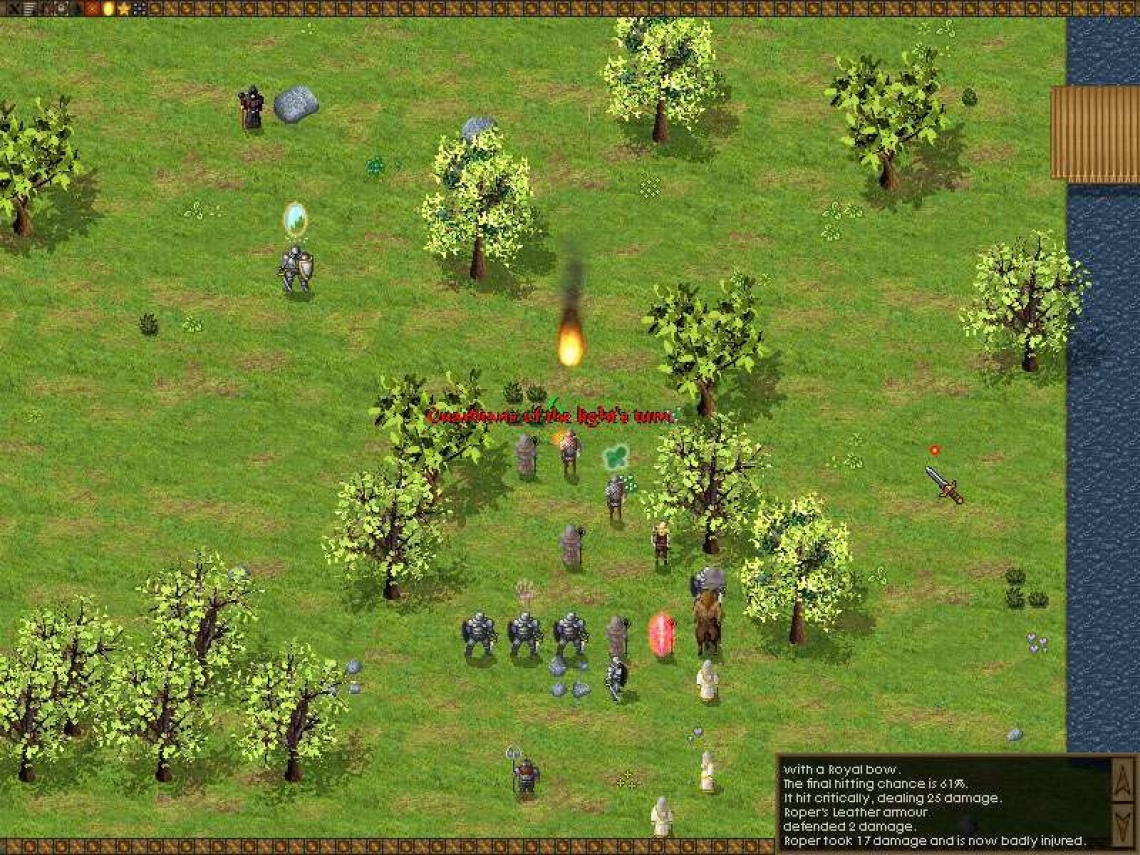 rpg
strategy
Release: 2016
In Battles of Norghan, you manage a clan consisting of members and mercenaries of many different fantasy races and classes recruited by you from the mercenary camp on an auction basis by offering one of the five types of contracts with a better pay than what the competing clans have bid for the unit if they have.
You buy them equipment, spells, train them and get prepared for the next battle while viewing various ranking tables and statistics. Those battles are between clans in the same division or cup. Battles are based on turn-based strategy and you and your enemy take turns to issue commands to the units.
In battles you move the creatures with a mouse or hotkeys, attack enemy creatures with one of the ranged or melee attacks and use spells to aid your own units, summon creatures or to kill- or weaken enemy units. Your members and mercenaries will learn to fight better as they improve their skills in battles and in the training camp.
The maps are randomly generated with realistic algorithms and they contain all sizes and shapes of rocks, flowers, plants, bushes, trees, rivers, ponds, lakes and bridges. This means that every time you have a battle, you will battle it out in different terrain ("map"). There are four very different terrain themes; grass, lush grass, dirt and desert.
The ultimate goal of the game is to get to the premier division and win the division. You start from the 8th division and if you win enough battles during the season your clan will get in the next division. You lose if you are the last clan in the 8th division at the end of a season or if your gold debt is too high to the supporting noble.
The game is quite complex and features a lot of neat details, making the game hard to master but still being easy enough learn for even the less experienctoed players. The design part of this game propably took about as long as making it. This means that a lot of thinking, time and balancing were done to even the smallest parts of this game.
Battles of Norghan features in a nutshell:
3 different very long and exciting singleplayer modes where you can play with 1-6 clans, choosing from a large number of difficulties, in which one is quaranteed to match your skills. It takes tens or even hundreads of hours to reach the first position in the premium division, depending on difficulty and game mode settings. Note that Battles of Norghan doesn't even really ever end but you can choose to end it after you've achieved the first position in the premium division. Still, there are a lot of other goals than beating the game along the way like winning the grand cup, advancing to division X etc. so you can define some shorter game goals as well if you like.
Multiplayer mode with 1-6 players playing the normal game mode on the same computer with the ability to battle against eachother and computer controlled opponents.
22 playable fantasy RPG races or different types of units available for recruiting from the mercenary camp. Each race or unit type has a rival of which they can't be in the same clan with so you will have to choose which one of the rival races' units you recruit. The unit classes are ranging from rangers to mages or fighters and anything in-between.
42 unique spells, featuring Destruction, Enchantment, Restoration and Conjuration spells.
200 very-well balanced, unique items. Including one and two-handed melee weapons, missile weapons, shields, armours, helms and magical staves.
Great replayability, because you can never use all of the features of the game by "beating" the game once and you will most likely want to "beat" the game with harder difficulties and choosing different races/types of units and equipment for your units.
Artificial intelligence (AI) controlled clans have four very different intelligency levels, while the worst one is quite easy to beat the AI 3-4 levels are so intelligent that even skilled players will find them hard to beat in fair battles. The management part is also handled by the higher AI levels about as well or better than even the game's developers can do without calculating their every decision. The AI controlled clans are made to choose a random intelligent decision in all appropriate places and/or to calculate desirability values (just how intelligently it calculates desirability values depends on the AI value) for each available action and then to pick the best action available. The differences between the four AI intelligence levels are noticable and significant.
Read Full Description
Save & Play Game Later
Images & Video 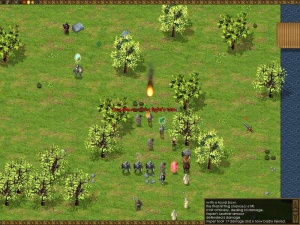 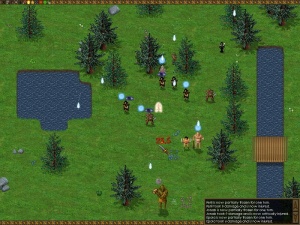