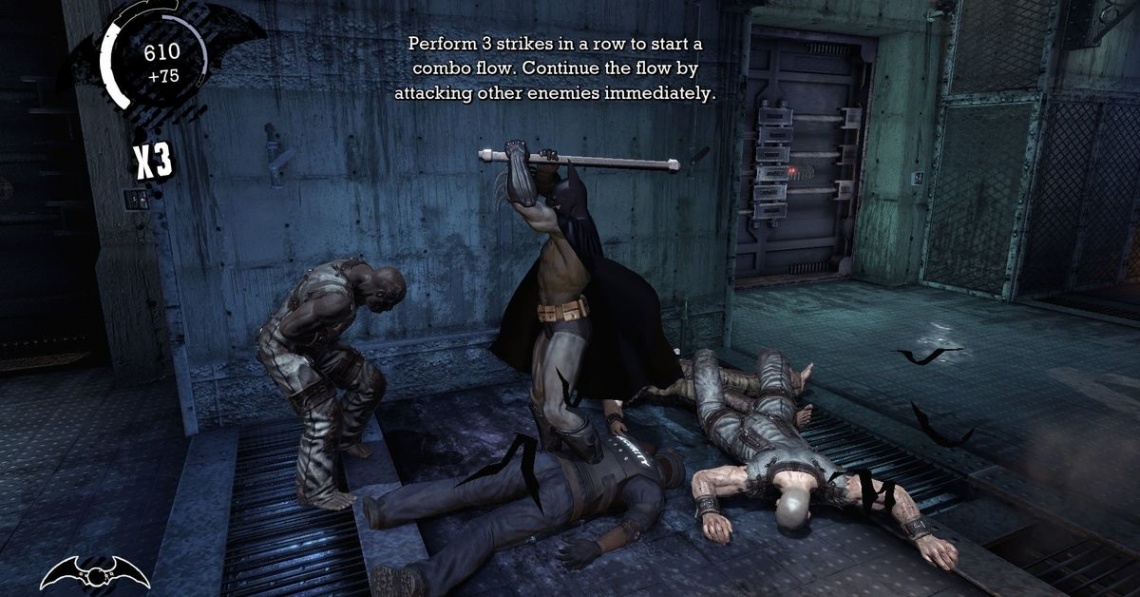 action
adventure
beat 'em up
fighting
open world
single player
third person
superhero
batman
Release: 2010
Batman: Arkham Asylum is an action-adventure game viewed from the third-person perspective. The playable character is visible on the screen and the camera can be freely rotated around him. The player controls Batman as he traverses Arkham Asylum, a secure facility for the criminally insane located off the coast of Gotham City. The opening areas of the game are linear, serving as a tutorial for the moves and approaches available to the player. Once the player emerges onto the island he can freely explore the game world, although some areas remain inaccessible until certain milestones in the main story.[9][10] Batman can run, jump, climb, crouch, glide from heights using his cape, and use his grapple gun to climb low structures or escape to higher ledges.
The player can use "Detective Vision"—a visual mode which provides contextual information, tinting the game world blue and highlighting interactive objects like destructible walls and removable grates, the number of enemies in an area and their status—such as their awareness of Batman's presence—and shows civilians and corpses. The mode is also used to follow footprints, investigate odors, and solve puzzles.
Batman has access to several gadgets which he can use to explore or fight.

This article uses material from the Wikipedia article Batman: Arkham Asylum, https://en.wikipedia.org/wiki/Batman:_Arkham_Asylum, which is released under the Creative Commons Attribution-Share-Alike License 3.0, https://creativecommons.org/licenses/by-sa/3.0/.
Read Full Description
Get This Game 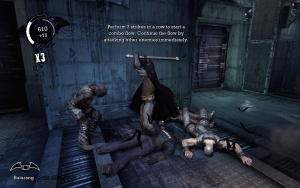 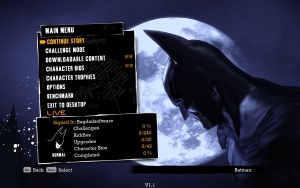